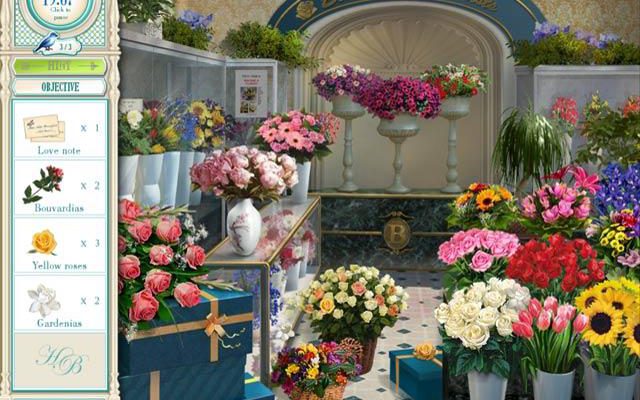 I-play’s Dream Day hidden object series has gone through a few themes over its run. The first three titles followed newlyweds Jenny and Robert as they got engaged and married, enjoyed their honeymoon, and moved into their first home. The fourth, fifth and sixth games featured glamorous destination weddings in Las Vegas, Italy and Manhattan. The seventh game, Dream Day First Love, launches a new direction for the series that explores real-life love stories – in this case, the remarkable and sweet story of Bill and Helen Ely who are about to celebrate their 70th wedding anniversary.

Bill and Helen are the grandparents of Cara Ely, one of the Dream Day game designers, and so their story has an extra special significance to fans of the series. As the fictional wedding planner of previous games, you’re contacted by Bill and Helen’s son, Richard, who wants your help to plan a big 70th anniversary party for the couple at the family farm in Pennsylvania. 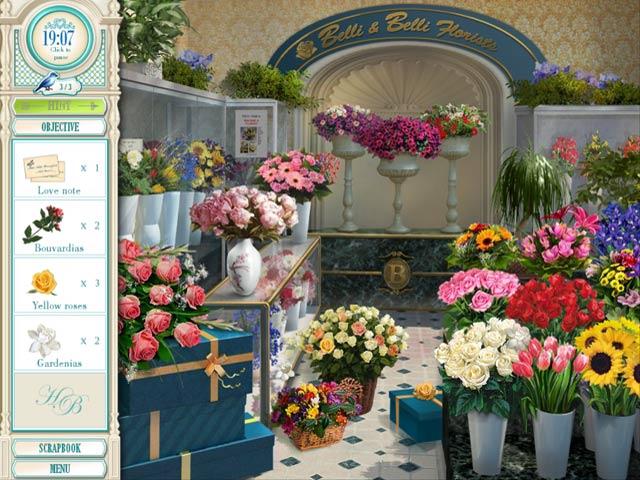 You get off to a rather sketchy start by having to break into the property (of course, this being a hidden object game, you can’t just walk through the front door – that would be way too easy). From then on, however, it’s smooth sailing as gameplay moves seamlessly from hidden object searches to mini-games and other fun tasks as you restore the house (Bill and Helen haven’t lived there for several years), manage gifts and invitation RSVPs, fix up old family mementos and heirlooms, and stave off the occasional unexpected crisis.

The cornerstone of True Love is an old scrapbook that tells the story of Bill & Helen’s life and marriage, from their first meeting in 1939 to their engagement just two weeks later, the hardships of the war years (Bill was in the armed services), the births of their children, and other important milestones on through the decades.

Bill and Helen take turns narrating the story, which happens right over top of the hidden object scenes. In other words, as soon as the dialogue box pops up along the top of the screen, you can begin searching as you listen to the voice-overs at the same time. There are no cutscenes to sit through, which means you can catch all of the story without being delayed as you wait for the hidden object searches to begin. It’s a clever compromise that makes sure the story doesn’t get ignored.

In addition to hidden object searches, you’ll have to solve some inventory-based puzzles around the house, like preparing mint juleps and crepes for the party, restoring an old bench outside, and hanging a banner out on the front porch.

Like previous Dream Day games, production values are wonderful. The hidden object searches are clear and attractive, the voice-overs are charming, and the upbeat music evokes the past nicely. The cliched wedding themes that make up the rest of the soundtrack, though, I could have done without. Especially since these old chestnuts appear in previous Dream Day games too. 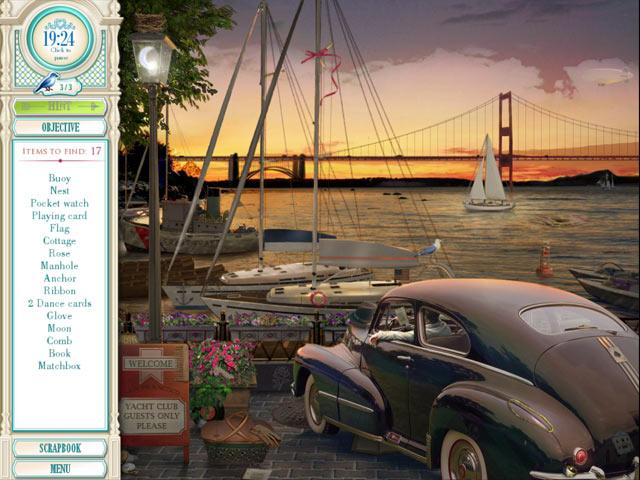 There are two modes of difficulty: the relaxed “True Love” mode offers more time on the clock, hints that recharge faster, and average difficulty with searches and puzzles, while “Soulmates” mode offers less time on the clock, longer lists of items to find, harder puzzles, longer hidden object lists, and no tutorials. There’s also an option to turn off the timer altogether. Completing Soulmates mode unlocks one of two bonus hidden object game levels; the other one is earned if you find all of the extra items in the scrapbook pages.

The mini-games, all variations on familiar puzzles, are a bit of a mixed bag. Some – like designing a dress pattern and redecorating the backyard – test your creativity quite nicely, while others are simple and repetitive, like the solitaire and card-matching games that you end up playing multiple times. My other nitpick is that the crisis levels – where something unexpected happens to cause disaster in a scene and you have to fix it – aren’t as creative or funny as in past games.

While the gameplay of the Dream Day series has definitely settled into a comfortable formula, the story is that much more special because it’s based on a real-life couple that’s still going strong after 70 remarkable years. I’m not usually moved by the throwaway stories in hidden object games, but Bill and Helen’s story is one that I’ll carry with me as I prepare to celebrate my own fifth wedding anniversary with my husband. For that reason alone, if you’re even the tiniest bit of a romantic at heart, True Love is worth a look.