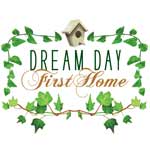 After their marital adventures in Dream Day Wedding and Dream Day Honeymoon, newlyweds Jenny and Robert are ready to move into their first house together in Dream Day First Home, the next instalment in Oberon Games’ romantic, story-driven Dream Day hidden object series.

As the couple’s trusted friend, it’s up to you to help them de-clutter (wow, they sure did bring a lot of junk with them), shop for things they need and redecorate to turn the house into a home – as well as deal with the inevitable home-owner crises that pop up from time to time.

Dream Day First Home isn’t just a carbon copy of its predecessors, however. Instead, you’ll find several interesting new twists. For example, at the beginning you’re asked to choose a house for Jenny and Robert by selecting either a 1930s or a Victorian-style home. Each house has a different storyline and a different set of rooms to explore, so it’s like getting two games in one – and, you have to complete both storylines to unlock the game’s final ending.

Like a typical hidden object game, the goal is to search for a list of items hidden somewhere in scenes full of clutter and click on them before time runs out. In Dream Day First Home, the locations are the various rooms of Jenny and Robert’s new house (such as the living room, bathroom, backyard and bedroom), as well as home outfitting stores like Helen’s Fine Cookware and Susie’s Garden Oasis. Each room has a “before” and “after” scene, with the “before” scene depicting a work in progress and the “after” scene showing you what the room looks like after it’s been unpacked and set up properly.

Another new twist offered in Dream Day First Home is the addition of “superclues,” which are indicated by blue text instead of white on the list. These are two-part items that involve one click to reveal the item, and another click to collect it. For example, the game might ask for “glasses,” which means you have to open the glasses case then click on the glasses inside. You’ll also occasionally find yourself searching for a group of like items, such as 15 keys.

If you get stuck, you can use a hint which causes a little golden bird to fly to a hidden item and reveal its location. Finding specials golden eggs hidden throughout the rooms will replenish your hints.

The Dream Day games have always been driven by strong stories, and Dream Day First Home is no exception. Every few levels you’ll get to read more about Jenny and Robert’s experiences in their new house and will get to choose which path the story takes next – for example, during their first night in the house do they get scared, find that the house has a surprise for them, or spend a “very special evening” together?

After every level you’ll get to take a break from the hidden object gameplay and indulge in one of three mini-games up in the Attic (complete them all, and the bonus attic room will be playable). There’s a card-matching game called Perfect Match, a slot machine game called Fix-R-Upper where you get to design furniture to appear in the attic, and a picture association game called Puzzle Garden where you match two pictures that are related to each other, such as a bird and a nest.

The graphics in Dream Day First Home are colorful and pleasing to the eye, and the soundtrack offers an excellent mixture of well-known classical music favorites by the likes of Chopin and Bach.

My only complaint with the game is that sometimes descriptions are too vague (what the heck is a “stuff sack” exactly?), and because of this, sometimes more than one item can apply to the same description – a suitcase, for example, could mean either the traditional briefcase or the canvas shoulder bag.

Overall, though, Dream Day First Home is a charming hidden object game that continues the tradition of stellar storytelling and sweet, humorous touches that were hallmarks of previous Dream Day games. By the same token, there are enough new features to ensure that Dream Day First Home feels more like a continuation of the adventure than just a rehash of the same old thing.