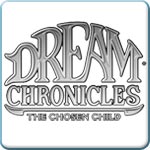 The third instalment in the Dream Chronicles series, Dream Chronicles: The Chosen Child is another visually stunning Myst-like adventure that transports players into a fantasy world of fairies. Like its predecessors, the excursion is immersive and fun but over all too quickly.

Taking place soon after the events of the second game, Dream Chronicles 2: The Eternal Maze, The Chosen Child begins with Faye waking up with no recollection of her past or who she really is, except that she keeps having dreams that she has a husband and a daughter who’s taken by the Fairy Queen of Dreams.

Guided by a good-looking man who communicates with her through a crystal ball (those who have played previous games will quickly figure out who it is), Faye sets out to save her child once more. She’s thwarted at every turn, though, by mischievous fairies who seem to be doing everything they can to impede her progress with their magic in the form of mini-games and brainteasers that must be solved to move on.

Like the second game, The Chosen Child consists of scenes that can be moved through freely in order to search for and pick up items that can be added to the inventory and used elsewhere in the location. One of the earliest puzzle, for example, involves repairing a torn carpet by first finding all of the pieces, then figuring out how to repair the sewing machine so that you can sew the mat back together.

The Chosen Child introduces the Nexus, a series of gateways that allow you to travel to different interconnected locations after you figure out how to unlock them. To unlock the Nexus Gateways you’ll need special devices forged from dream pieces and gold nuggets that are hidden throughout the game.

The Dream Chronicles series has earned a reputation for having beautiful visuals and music, and The Chosen Child is no exception. Each of the game’s environments has been lovingly crafted with a soft, distinctive art style bursting with detail, and the soundtrack is equally evocative. In short, The Chosen Child boasts production values that put many of the recent hidden object game releases to shame. It really does seem like there’s an aura of magic about the game with the way things can change on a whim and objects suddenly appear in different places.

That said, there are a few issues that I can nit-pick about. For one thing, the game could have used a better hint system. You’re completely on your own in the seek-and-find portions of the game (where you have to find, say, 14 planks to repair a ladder), so if you get stuck you simply have to keep looking until you find the item. I would have loved to have been able to spend some of the jewels or gold that I had found to make the game reveal the location of a particularly hard-to-find object.

The man in the crystal ball isn’t always much help either. One of the most frustrating parts of the game was when I found myself backtracking through a maze looking for the last item I needed to solve a puzzle – a small gold plate – and all the crystal ball said was something like, "Sorry, I wish I could help you but I can’t see very well."

In terms of length, the game is on the short side (expect to finish it in 2-3 hours provided you don’t get stuck on a particular puzzle). When you finish, your score can be uploaded to a global leaderboard, and you can always replay the game to try to find more dream pieces and gold nuggets. What’s more, some of the key items themselves will be in different places the second time around.

The length is disappointing when compared to other adventure games, even while acknowledging the attention to detail that care that KatGames put into every scene and puzzle. I was also let down by the abrupt ending, which left me feeling that The Chosen Child was just a set-up for the inevitable fourth game.

The Chosen Child is well-designed and fun while it lasts (aside from the aforementioned maze, which I honestly could have done without), but its length comes up short.