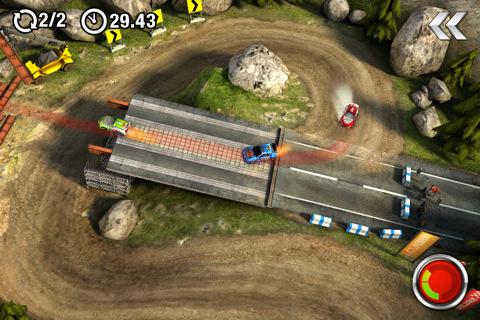 DrawRace 2 is everything you could want in a sequel

When DrawRace came out all the way back in 2009, I instantly fell in love with it. Combining line drawing and strategy with top down racing was a formula that just couldn’t be beat. And yet for all the fun I had with DrawRace, there was no denying that it felt like a fairly barebones package. Almost as if it were a brilliant idea, but nobody had bothered to flesh it out beyond their initial stroke of genius. DrawRace 2, it would seem, addresses my complaint nicely.

As with the original DrawRace, players in DrawRace 2 will draw a path for their car to follow around a track. Moving your finger quickly when drawing will make your car travel faster. Moving slower will cause it to brake. Once you’ve sufficiently drawn your path, you’ll sit back and watch as the action unfolds. Can the path you drew lead to a victory on the motorway? Or will you be eating your opponents proverbial dust?

But while the original took this core concept, tossed in a handful of tracks, and brought us some much loved multiplayer, DrawRace 2 takes the DrawRace experience and gives you more of… well, everything.

Those who love single player experience will be faced with over 180 different challenges. Each challenge will take place on a single track. At first you’ll need to defeat one opponent. Then two. Then three. Each time you’ll need to place first and earn a gold medal so that you can unlock later challenges down the road.

And the car selection? Massive. Different types of tracks will allow for different classes of vehicle, so this time around you’ll be checking out stock cars, F1 racers, snowbound rally cars – the works. Some of them even have sponsorships from previous Redlynx games like Trials 2, making for a charming nod to the developers earlier works that fans can’t help but smile at.

But despite the variety of challenges, tracks, and cars, there’s one thing that really stands out about DrawRace 2 when compared to its predecessor – the presentation. While the original DrawRace presented a simple, cartoony look, DrawRace 2 is simply jaw dropping. The environments are gorgeous, painstakingly rendered in 3D with an astonishing amount of detail. There aren’t a lot of budget games out there with visuals that make you do a double take, but DrawRace 2 is one of them.

There are a few other new additions here too, like the inclusion of a “turbo” button to give your car a boost as you watch the race play out, or the World League mode that ranks players on their skill in online multiplayer competition. Old favourites too, like the local pass’n’play multiplayer – a perfect fit for a game of this nature – have all made a return.

Despite the praise we’re heaping on DrawRace 2, there are a few quibbles that we can’t help but nitpick. While cars can lose control or careen into obstacles like guardrails to set them back, there’s simply no car collision present. We’d love for the cars to bump into each other, hindering each other’s process as they went along – but that’s totally absent. Instead, cars simply phase through each other on the track when overlapping. 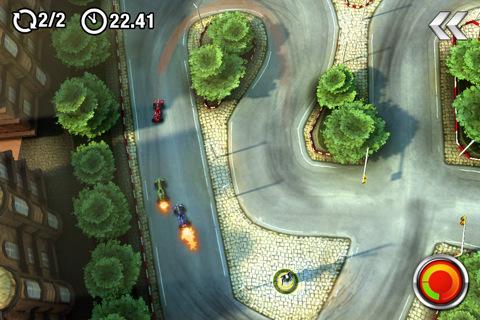 We also loved the 3D modelling and how the camera did a slight zoom to follow the action during the race – but why not take it a step further and give us a variety of angles to watch from? And while it didn’t happen often, there was the occasional framerate stutter during the races that didn’t go unnoticed – a minor hiccup to be sure, but a present one nonetheless.

If DrawRace was a prototype, DrawRace 2 is the finished product. Fans of the original will be tickled pink by what the sequel as to offer, and if you haven’t played the first, chances are you’ll be just as excited to dive in. Our nitpicky complaints are admittedly just that – nitpicky. Please, don’t let them deter you – this is a game that’s worth every penny of the asking price. Now rev up your engines, kids. You’ve got some line drawing to do!