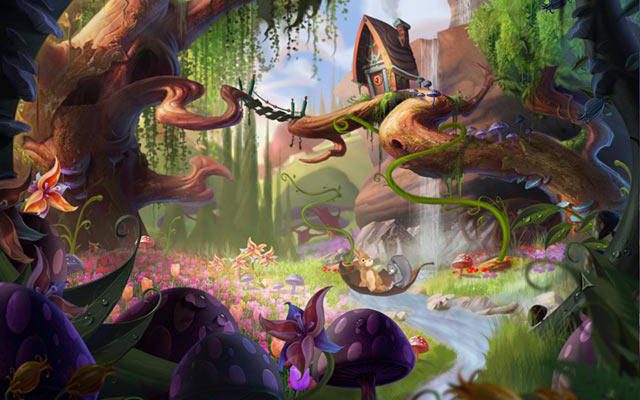 A stupendously magical sequel awaits you.

With a tremendously magical atmosphere and gripping story, Drawn: The Painted Tower was one of the most polished and enjoyable puzzle adventure games we’ve played in a long time. It set the bar very high for the casual gaming world, and few other titles have come close to delivering such an enchanting experience. We’re pleased to report the highly anticipated sequel, Drawn: Dark Flight is every bit as spectacular as the first game…and then some.

In The Painted Tower a young girl named Iris, who possess the ability to make her drawings come to life, is pursued by the evil king who wishes to harness powers for his own dark aims. When the wicked ruler discovers the location of the tower Iris has been locked in for her own protection, you work to find her and help her escape before it’s too late. Drawn: Dark Flight picks up right where the original story left off. To stave off being captured, Iris has hidden herself inside a magical book, and the tower has come crumbling down around you. Exploring the ruins and venturing out into the town and land beyond, you must seek out and light three magical beacons to ward off the darkness and save the young queen-to-be. 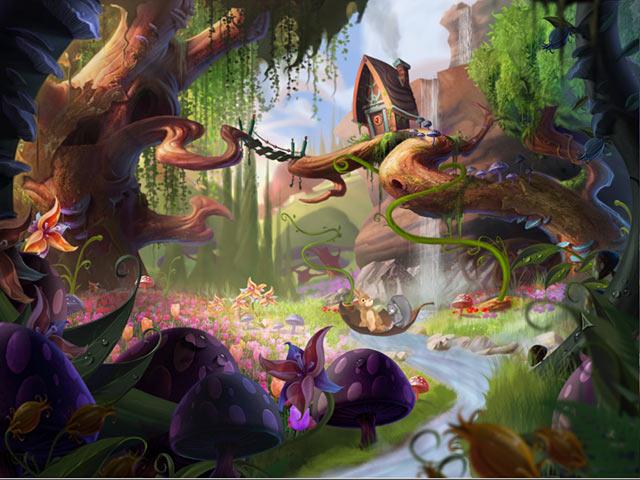 As with the original, the gameplay is primarily point-and-click adventure style exploration, although the many hand-drawn scenes and areas in the game have tons of hidden items to uncover, riddles to solve, secrets to search out, and puzzles to complete. The flow of the games is pleasantly open-ended at times, since the puzzles in some areas cannot be completed until you’ve progressed a bit further and uncovered some item or clue needed to go back and finish them. This encourages you to explore and roam around a handful of different areas to experiment with various items and puzzles, but the game also doesn’t let you get too far ahead of yourself.

Iris’ first adventure was confined to the tower itself, however, Dark Flight takes you into the tunnels below the ruins and onward into the townscape outside. You’ll venture through city streets, dark catacombs, sprawling libraries, and other intriguing locations that are all marvelously drawn and polished to exude a grim fantasy atmosphere with a twinge of hope. Many puzzles incorporate light, and there’s a reoccurring them of returning glorious sunshine and illumination to the dark, dismal world that flows throughout the game. The artistic style is quite beautiful, and the whimsical dark fantasy setting is utterly captivating.

To enhance the presentation and further immerse players into the world, there’s a new option that lets you temporarily phase out the on-screen heads-up display (HUD) and inventory system in order to explore without getting too caught up in the item management element of the gameplay. Holding your mouse over the invisible portion of the menu makes it return for a few seconds, letting you pick and use items when needed. 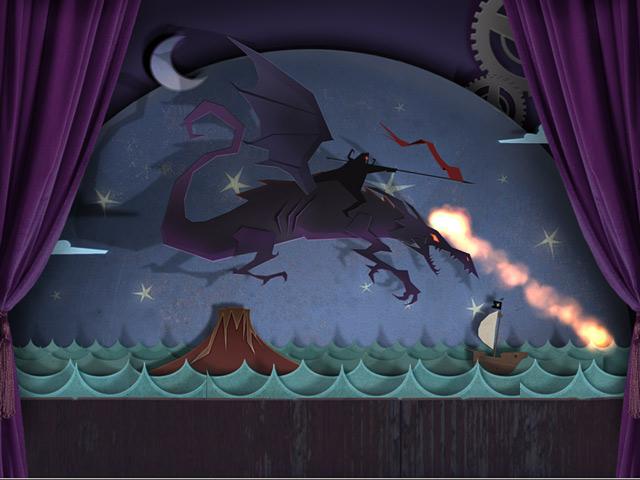 The world of Drawn is a magical, mystical one, so you’ll also visit some wildly imaginative settings found inside books and paintings littered around different scenes. In many cases you must uncover torn scraps of these images to bring them to life, allowing you to jump into scenes to solve additional puzzles and interact with peculiar characters. Recovering missing elements of these scenes and figuring out when and where to use them is an important aspect of the gameplay.

One of Dark Flight‘s most interested new puzzle twists appear in the form of fully animated pop-up books. These clever and remarkable puzzles let you interact with the pop-up scenes by pulling tabs, adding pieces, and moving things around to accomplish the desired goals. There are also lovely paper cutout scene puzzles. In one scene, we helped a paper pirate fix his vessel and fend of sharks in order to draw him towards land and uncover hidden treasure needed elsewhere to complete a task in real world. Some puzzles also task you with using the mouse to draw items that then turn into usable objects, which is much more prevalent in the second game. These new puzzles are all welcome additions, and they fit in perfectly with the game’s other challenges.

As tough as some puzzles can get at times, the gameplay is very forgiving to newcomers and others who want to explore the story adventure without as steep of a challenge. The optional hint system has been reworked and improved; it gives you more direct clues on how to progress in the game and hints at where to go next if you’re lost. You can also skip puzzles once a timer fills, letting you bypass obstacles that you may not be able to figure out otherwise.

The changes found in Dark Flight are mostly subtle ones that improve the experience while seamlessly meshing with the amazing energy and personality of the first game. This sequel possesses the same gripping atmosphere and intriguing puzzle variety that kept glued to The Painted Tower for many hours. It’s a great sequel that fans will want to dive into and voraciously play through to the end.