Doesnâ��t do anything to advance the genre. Some clunky interface issues.

Drakensang Online brings a taste of Diablo to your browser (for free!)

There’s been a lot of discussion recently in the mobile game space about the morality of “inspired by” design versus “straight-up theft”. With the ridiculously high speed that the mobile game space seems to move at, it’s definitely become something where everyone has valid opinions on almost every side of the issue. Meanwhile, us PC gamers that have been at this for a while are just sitting back and laughing, all the while pointing out that Blizzard’s Diablo series knows a thing or two about having inspired more than a few games, as well as being the victim of theft. Prolific free-to-play game developer BigPoint is throwing their browser-based hat into the ring with their very…ahem…Diablo-esque MMO Drakensang Online, currently in open beta. We’ve spent a decent chunk of time with the game and are here to tell you whether or not you should strengthen up your clicking finger.

I’m not entirely sure that there’s anyone out there who’s reading this review that doesn’t know what to expect when a PC game is compared to Diablo, but I’ll try to summarize what’s going on in Drakensang Online. In natural MMO fashion, you’ll pick up a series of quests and then venture out into the world to complete them. You control you character by commanding them to move to a certain location with a single click, or hold down the button and aim the reticule to guide them towards it. Click on enemies to attack or use the 1-6 keys and the left/right mouse buttons as hotkeys for spells, potions, etc. If you’re not familiar and this sounds simple, it certainly is. But that’s also one of the reasons games like this are so incredibly addicting.

As mentioned before, Drakensang Online is currently in open beta. So while it might seem unfair to review a product that hasn’t had an official launch, you’ll quickly find that it’s already pretty polished. With three different character classes and six quest-filled worlds, there’s a good amount of content already with more on the way. What’s there now doesn’t break the mold that Diablo came from. That is to say that Drakensang Online doesn’t necessarily bring anything new to the table, but they also don’t mess up what a bunch of other games have already gotten right. Loot is abundant, the enemies are plentiful, and your time will disappear. 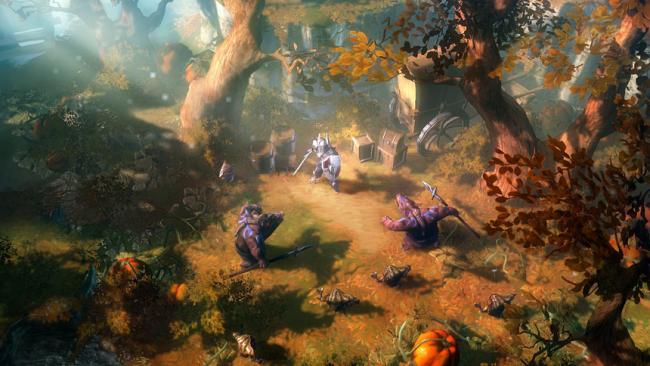 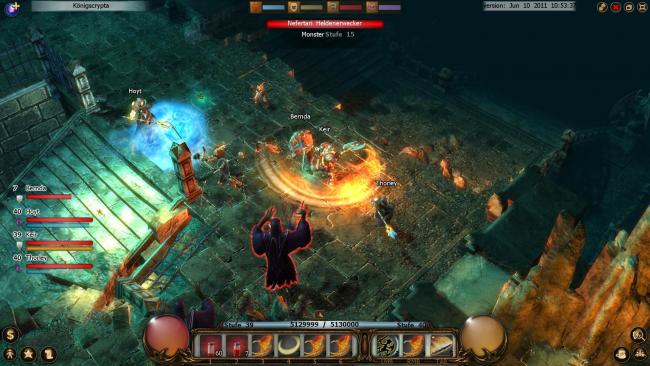 The game can be played in a tab in your browser or blown up full screen, and looks very nice either way. Everything runs pretty well with minimal load times and not much lag in highly populated areas. Level progression is fairly quick early on, but money acquisition is not. A lot of the items at vendors cost a lot of “Andermant”, the currency you can earn very slowly in-game or simply buy with real dollars. $5 gets you a little over 4,000, while $10 nets you a little over twice that. I received about 600 when I registered to play and gained about 25 or so an hour. If you get serious about playing this game you’ll probably end up dropping some coin, but that’s to be expected with almost every free-to-play game these days.

It’s worth repeating that Drakensang Online doesn’t break the mold where this type of game is concerned. That includes plenty of “Go there, talk to Bob” and “Retrieve 12 of this thing I dropped” quests that you’ve probably completed a thousand times before. Some of the pop-up text and other menus could use another pass, but that’s really just nitpicking. If you love Diablo style games and need to freely pass the time until Diablo III finally comes out, you’ll probably be satiated for a while with Drakensang Online. Now if you’ll excuse me, I need to go ice my clicking finger.