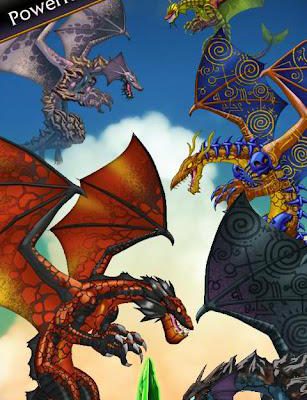 To put it bluntly, there’s not much meat on the DragonCraft strategy bone. It’s a pretty game, and at first glance it looks like there’s a lot to do here, but it doesn’t take long to realize that you’re not the one giving the orders, you’re following them.

DragonCraft follows a fairly standard formula of harvesting resources, building a city, raising armies and improving their abilities as you set out to rule the land. The “catch,” such as they are, happens to be dragons: great, flying beasts of unimaginable power that have laid waste your city but that can also be controlled and used in battle. Defeating one will net you a scale; five scales magically metamorphosize into a dragon egg, which eventually hatches into an all-new dragon. Once you’ve discovered the appropriate ways and means, dragons can be “fused” with one another, making them even more powerful then before, and a vital part of your army.

It’s a lovely game, with sharp, detailed graphics and just enough background animation to bring your city to life. The background music is repetitive but also fitting for the mood and pacing; a sort of mandolin-driven Ren Faire refrain backed by fantasy string-flute combo. Menus and controls are simple and accessible, and although the opening tutorial is minimal and ends rather abruptly, the relative simplicity of the game means that it hardly matters.

The trouble is that there’s just not much to do, aside from touch the screen when and where DragonCraft tells you to. Your city will be built more or less as the game dictates, based on quests that will have you erect certain types of buildings or research particular technologies, and you don’t even get to lay it out as you’d like because everything has a preset location. 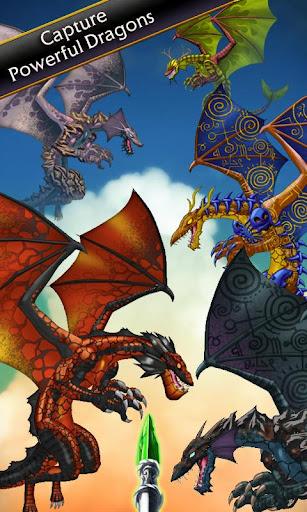 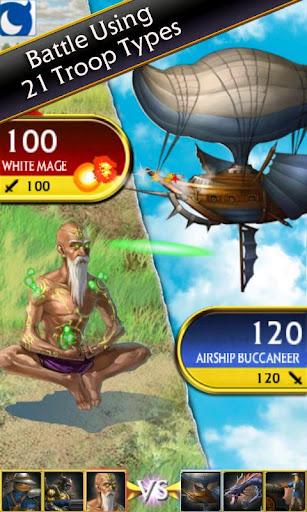 Combat outside the walls of your city is similarly dull. You’ll send your men out on patrols, most of which will be spent tapping on enemies to make them disappear in a flurry of non-interactive slashes, along with occasional “real” battles against other, more advanced foes. These clashes are supposed to have an element of strategy to them, with multiple troop types of various strengths and weaknesses, but the game seems to arrange the order of battle as it sees fit. And maybe it’s doing a perfectly good job, but the fact that players don’t have any input beyond choosing what units to build just about eliminates any claim to actual strategy gameplay. It’s like a role-filling game rather than a role playing one.

Advancing in DragonCraft – gaining levels, opening up the overland map, building more advanced structures and troops – is also a relatively slow process, which adds nothing to the already-existent doldrums. As is often the case with free-to-play games, everything but the most rudimentary, early-game activities take a long time to complete unless you’re willing to speed up the process with real-money or “dragon crystals.” The number of battles per patrol is limited as well, after which your troops get tired and have to rest, unless you refresh them with – you guessed it – dragon crystals.

The other side of the real-money coin are “dragon spears,” which are a vital part of successful combat against dragons. Having a dragon spear guarantees a hit, and therefore a victory, against dragons, and although you can try your luck without one, your odds of winning look to be 50/50 at best. Dragon crystals and dragon spears can be earned without having to actually buy them but only in very small quantities, and without them you can expect your progress in the game to be slowed significantly. 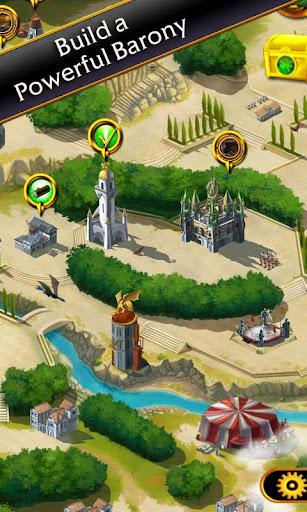 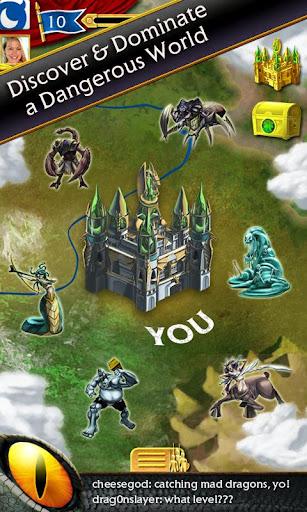 DragonCraft also appears to suffer from a range of technical glitches. Server errors and disconnects are common, and no connection means no gameplay. Trying to collect the goods waiting at the trade caravan often results in an “unable to harvest, please try again” error, and monsters often don’t reappear when the timer counting down to the next patrol reaches zero; both could presumably be caused by connection issues, but no explanation beyond “whoops, try again” is given. Dragon eggs occasionally appear and hatch for no discernable reason, which is a plus in gameplay terms but also a bit mystifying. It also crashed a few times with “force close” errors.

But technical problems can be fixed. Far more important is the fact that DragonCraft just isn’t much of a strategy game. It’s not a terrible way to kill a few minutes here and there, but for something that’ll really scratch your “monarch of all I survey” itch, you’ll probably have better luck elsewhere.

The Journey Down: Chapter One Review