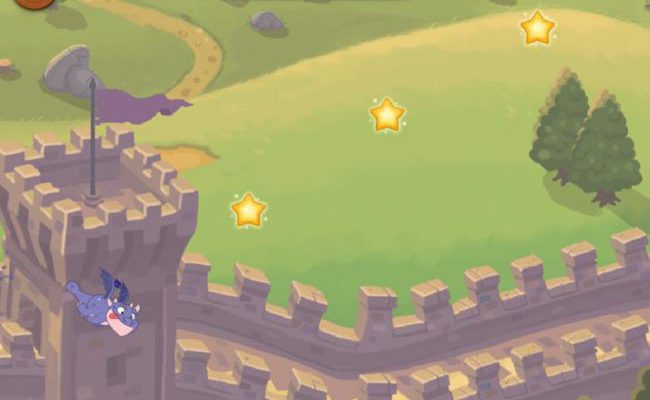 Don’t just raise your dragons – take them to the skies!

I never thought “dragon-raising” would be a term that would ever use to describe a well-established genre, but 14 months and a zillion games after the release of Backflip’s DragonVale, it’s become pretty clear that dragon games aren’t going away anytime soon.  Most dragon-raising games suffer from the same problem – or more aptly, the problem of being too much the same.  Does Dragon Skies burn through this stagnant tradition with all the fire and fury dragons are known for?

Not quite, but it there’s enough new here that it’s not going to feel like “just another” dragon-raising game.  At least, not all of the time.  That said, the basics are quite similar.

You’ll build a home for dragons based on their type (fire, water, magic, etc), breed different types of dragon together, and hatch eggs to bring more of these adorable little monsters into the world.  And they are adorable.  The art style in Dragon Skies is downright cartoony and can’t help but put a smile on your face.  Baby dragons in diapers?  That’s a cuteness overload right there.

You’ll find that breed times and build times move a lot quicker than most games of this nature (at least in the early levels they do), but what really sets Dragon Skies apart isn’t the art style or its time-friendly behavior; it’s how the game handles leveling up your little critters.  Most dragon games are entirely menu-driven affairs.  You’ll tap in a menu to buy things, tap in a menu to hatch things, and tap in a menu to train up your dragons.  And while the first two might still be true for Dragon Skies, the latter breaks with tradition and actually gives players something to do when training your dragon – and much to our delight, it’s something fun!

Training presents a mini-game where your dragon will race at top speed through an obstacle course while you attempt to collect stars.  To do this, you’ll hold your finger on the screen to make the dragon climb and take your finger off the screen to make them fall.  It feels a lot like Whale Trail, right down to the problematic clouds – but what the mini-game lacks in originality, it makes up for in fun. 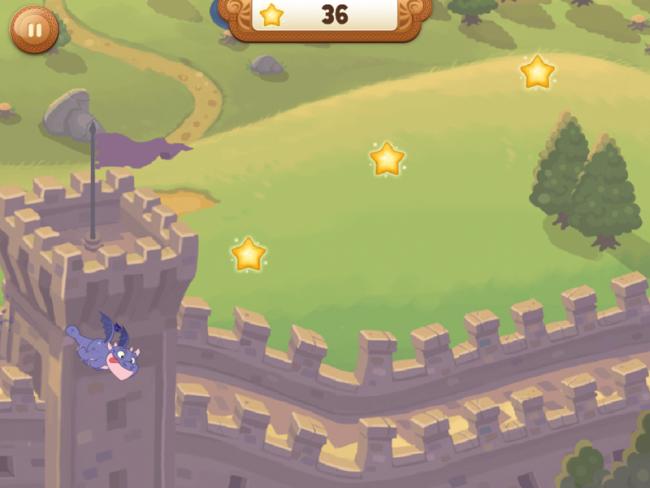 And while your dragons will get all tuckered out after a good training session and take a nap, once you have a few dragons in your care you’ll be able to bounce back and forth between them, training and playing the mini-game for surprisingly long chunks of time.

Despite being one of the better dragon games we’ve seen in a while, Dragon Skies isn’t without its problems.  An “under construction” Coliseum for racing tells you to “get your favorite dragons to level 10 and get ready to compete for great prizes and all the glory,” but after the long grind to get your first dragon to level 10, the Coliseum doesn’t unlock.  It turns out that “under construction” really means “under construction,” but the phrasing that accompanies it makes sound like it’s really just locked behind that level 10 wall.  This is bound to lead to a fair amount of disappointment.  Moreover, we were excited to see what the racing would be like considering how much fun we had with the training, but with it unavailable at launch, Dragon Skies ends up feeling a bit like a one trick pony. 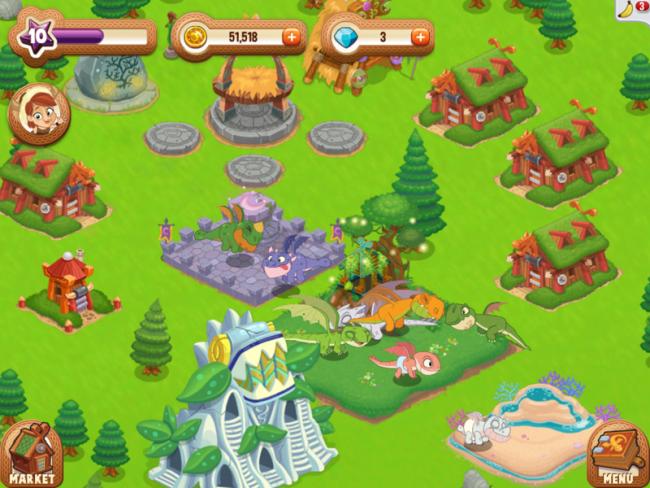 Also, the art assets – while colorful and fun – feel fairly limited in terms of variety.  You’d expect dragons to look vastly different from one another, but for the most part the design philosophy seemed to be “change the color and reshape the head a little.”  No two look exactly alike, but plenty of dragons look similar – and that’s just not what you want in a game like this.

But at the end of the day, Dragon Skies get a lot more right than it does wrong.  It might not be the most original offering on the market, but by putting the formulas of DragonVale and Whale Trail into a blender, Breaktime Studios has come up with a tasty treat that any mobile dragon trainer will enjoy.