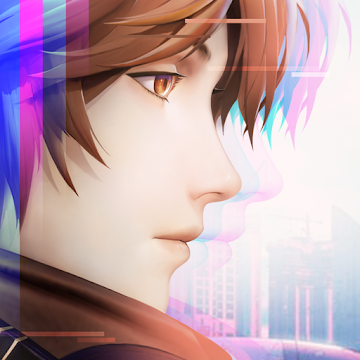 The best visuals on mobile yet

Movement mechanics and attention to detail are impressive

When we first learned about Dragon Raja, we almost wrote it off as another identikit mobile MMORPG. Read: almost. The one thing that lit a fire in our bellies was those Unreal Engine 4-fueled visuals. Part of us didn’t really believe they would actually look that good in practice, and, to be fair, we’ve been burned before (looking at you, Black Desert Mobile). Oh, how wrong we were.

It’s no exaggeration to say that Dragon Raja is the most visually stunning mobile game we’ve ever seen, blowing everything that’s came before it out of the water. The environments are a true joy to behold and are absolutely teeming with life, weather effects, and realistic physics effects. We actually wanted to get out and explore – fancy that in a mobile MMORPG!

While we could fill this entire review with gushing words about how darn pretty Dragon Raja is, that’s also not the only good thing about it. We really appreciated the attention to detail too. During the opening moments, you wander around your bedroom and there’s loads of interactive stuff.

You can play guitar, look through a photo album, glance at yourself in the mirror, and just take a seat at your desk. It felt more like Life is Strange than an MMORPG. Granted, Dragon Raja does ram this down your throat later by forcing you to do all of these things on a checklist, but still – we still appreciated it.

There’s also an actual plot, complete with cutscenes, full voice acting, and QTEs to perform. Granted, it’s not the most well-written plot and we’ve encountered more than a few clichés but it’s head and shoulders above the competition. At worst, it’s like playing a bog standard JRPG – it’s good enough to sit through while you wait to get to the good stuff.

And there’s plenty of that. The combat is action-packed, with you tapping to attack and hitting a bunch of onscreen buttons to pull off a variety of special skills. You also enter some kind of rage state, which lets you pull off even more powerful attacks, but we’re not really sure how that works outside of the purposes of the story at this point.

Granted, combat isn’t anything particularly new, but it’s functional and the skills are flashy. When you’re fighting alongside a group of friends through a difficult raid, you’ll appreciate that things were kept nice and simple too. Well, the word we’d use to describe it is familiar. We know exactly what we’re supposed to do when we see a red circle filling up – hammer the dodge button.

There’s other flashy stuff too, like a wide variety of vehicles to ride around the world in, and movement mechanics including jumping, dodging, and some kind of magical parkour. It makes just exploring the world a pure joy, though you can choose to automatically run everywhere if you want to.

That might be a turn off for you, and we get it – we find that quite tiresome at this point too. Fortunately though, you can completely turn off this feature in the settings, which changes the UI to provide you with directional pointers instead. It’s not quite the same as having a game entirely without autoplay, but it’s a good compromise by the developers to appeal to a variety of audiences.

The same can be said for combat, though there are smart measures taken here too. You can automatically battle but your character remains frozen in place. That means you’ll still have to move to dodge out of the way, for example. Also, your character won’t automatically use their most powerful attack, so there’s still the need for you to keep an eye on what’s happening, and you’ll fight infinitely better if you get stuck in.

When you’re not participating in the JRPG-like story or simply driving your motorbike around, there is the usual array of events to participate in. There are daily quizzes, dungeons, raids, exploration events, and more. Some of it is available at all times, while others only open at certain moments. We find this feature a bit of a turn-off, and don’t really get why developers do it. Some of us don’t have the luxury of playing around the game’s schedule, and it seems strange to be punished when we’re otherwise very invested.

Overall though, Dragon Raja is a huge leap in the right direction for mobile MMORPGs. It’s unrivalled in terms of appearance, features a genuinely engaging story to battle through, and has a wide array of content to battle through on a daily basis. We do have some mild reservations: autoplay is still a thing, events are time-gated, and clichés are aplenty, but overall this is the best mobile exclusive MMORPG we’ve played so far.