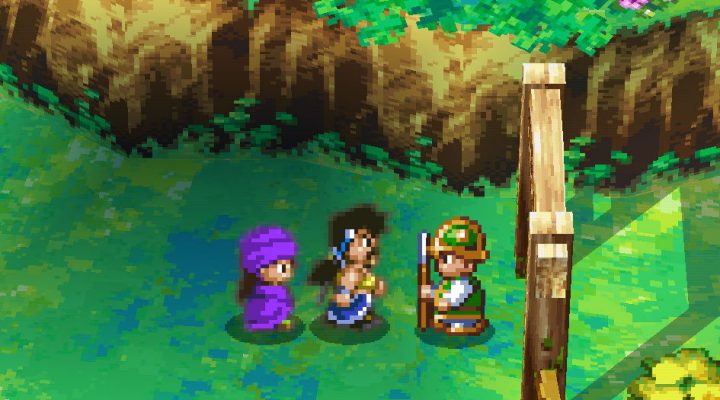 An epic quest that lasts for hours.

Nearly every Dragon Quest game sits comfortably in the pantheon of JRPG excellence, but some titles are admittedly more beloved than others. Dragon Quest V: Hand of the Heavenly Bride consistently comes out on top of most Dragon Quest lovers’ lists, and once you spend some time with the game, it’s easy to understand why.

But be prepared to do just that: “spend some time.” Dragon Quest V is a slow burn, but once it gets rolling, it just keeps going like a rockbomb tumbling downhill. 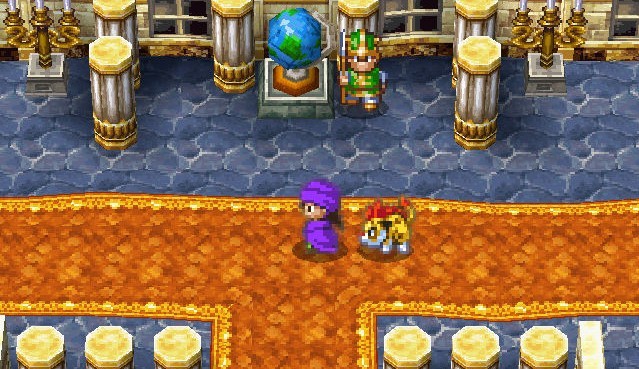 Like most Dragon Quest games, Dragon Quest V is ultimately about slaying a big bad evil. It’s not obvious from the outset, however. You begin the game as young traveler that’s exploring the world alongside his father. In time, you grow, find a wife, and have kids of your own.

Your children eventually fight alongside you, but even better than killer children are trained monsters. Many of the creatures you fight in Dragon Quest V can be tamed and persuaded to join your party, where they turn their natural weapons against their wild brethren.

Dragon Quest V originated on the Super Famicom (the SNES’s Japanese counterpart – it never received an official SNES translation and release), and it’s still a remarkably deep adventure. Even better, the mobile version of the game is a port of the 2009 Nintendo DS re-release. It comes with all the modern upgrades, including animated enemies and an extra bride to woo (the original game only offered two).

The enemy animations deserve a shout-out. World-famous Dragon Ball / Dragon Ball Z manga-ka Akira Toriyama is responsible for Dragon Quest V’s designs as always, and every monster you take on is worth a second look thanks to high detail and multiple attack animations. The same pun-loving localization team that worked on Dragon Quest III and IV DS / iOS is on the job here too, so look out for stuff like vicious blade-wielding candles named “wax murderers.”

If you’re a fan of traditional turn-based JRPGs, don’t second-guess a Dragon Quest V purchase. Snatch it up. That said, if you’re iffy about JRPGs, or are picky about games with slow starts, it’s important to point out Dragon Quest V has a pokey prelude. There is a significant amount of level-grinding early in the adventure, and the opening quest – emptying a castle of some haunted visitors – isn’t especially compelling.

Then again, you begin Dragon Quest V as a kid, so taking on small fry like ghosts feels appropriate. Rest assured, the stakes eventually rise, and Dragon Quest V sends you on a trip that’s more than worthy of the series’ legacy. You grow up, experience loss, travel with friends, travel alone, fight monsters, and befriend monsters. Dragon Quest V has everything a decent RPG ought to be made of, and more.

Battle Slimes Review: Have a Goo Slime with Friends

Adventure Time Game Wizard Review: Most of Both Worlds