Home / Reviews / Dragon Quest The Adventure of Dai: A Hero’s Bonds Review – More Than a Mouthful

Dragon Quest The Adventure of Dai: A Hero’s Bonds Review – More Than a Mouthful 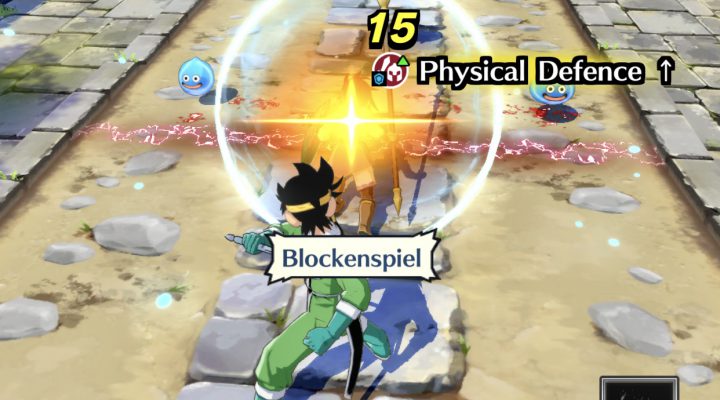 Can get a bit complex out of the fight

Definitely heavy on the grind

Dragon Quest The Adventure of Dai : A Hero’s Bonds fits more into the Dragon Quest Tact model than it does the main series of the classic JRPG. It’s an auto-running action RPG that takes the signature style of the franchise and twists it into something a little more mobile, a little more modern and probably a good deal more divisive.

The game sees you running down multi-laned paths, swiping to dash between them. When you come up against some enemies you’ll attack them automatically. You can unleash powerful special moves with a tap once they’re charged up as well.

You also need to think about dodging and blocking, swiping and pressing on the screen to avoid damage and keep in the fight. There are counter-attack opportunities too, and you can switch between characters on the fly by jabbing the bottom right of the screen.

As you fight you’ll earn new equipment and materials that you can use to make yourself stronger. There’s an element-based strength and weakness system as well, so figuring out what gear is best for a particular level can be key once you’re deeper into the experience.

There are other mechanics that the game throws in too, from forming bonds with other characters to special crystals that hold the essence of other NPCs and can help you out when you equip them. There’s a lot to learn, even if you’ll have mastered the dextrous skills within a couple of minutes.

If you don’t fancy the fight, you can switch to an auto mode that takes care of the scrapping for you. There are two different stories – one following the original manga, and another new story created specifically for the game.

Dragon Quest The Adventure of Dai : A Hero’s Bonds is one of those games that manages to be complicated and simple at the same time. If you’re looking for a midcore ARPG with a focus on stat management, a decent level of polish and a bit of actual gameplay thrown in for good measure, it’s well worth checking out.