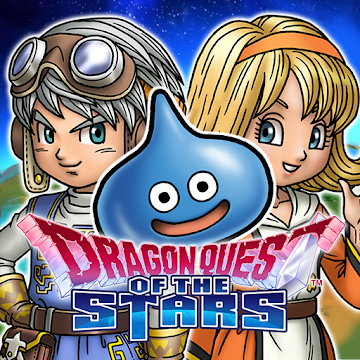 Decent selection of gear to unlock

It's a standard gacha RPG

On paper, Dragon Quest of the Stars seemed like a pretty novel idea. You create your own Dragon Quest hero and then set out on quests with other player’s heroes. The quests would emulate a real Dragon Quest experience, just online.

Yet the actual experience is, well, another autoplay gacha. Our party of heroes is AI-controlled, rather than real life players, and we don’t get our gear from questing but from pulling out of a loot box using premium currency.

It would help if the combat emulated the true Dragon Quest experience, but even that takes far too much inspiration from mind-numbing gachas. You’ll spend most of the battle watching it play out automatically, only clicking on the screen when a skill is charged that you can use.

It doesn’t help that quests simply involve watching your hero run automatically from one location to another, bumping into monsters on the way, triggering automatic battles. Everything is automatic.

The presentation is sub-standard too, looking like a PS2 entry in the Dragon Quest franchise. Phones are capable of so much more at this point, and we were quite surprised to see blurry visuals when there’s not really much going on anyway.

Here’s the thing though: if you like these sorts of games (and we’re not judging) there is plenty you’ll like about Dragon Quest of the Stars. There’s a wide variety of gear to equip, which completely tweaks your character’s appearance.

The same can be said for skills, which adjusts how you play. You can be a warrior with a huge sword or a mage, chucking around fireballs like nobody’s business. While you are very much at the mercy of gacha, using the best of the stuff you pull, there is scope to create a character totally in your image.

You can do the same for the party that you into battle with you too, creating an entirely custom and powerful JRPG party that can decimate the competition. If you like that sort of thing, you won’t be let down here.

So your time spent with Dragon Quest of the Stars will be positive or negative depending on how you feel about gacha games in general. This does nothing to break the mould, and that might be absolutely fine for you.

It is Dragon Quest too, so if you’re a fan of the franchise you might get a kick out of this simply for that. As we mentioned earlier, it’s not a bad game, it’s just a pretty standard example of a gacha.

Company of Heroes iPad Review: A Solid Port That Plays Great on iPad