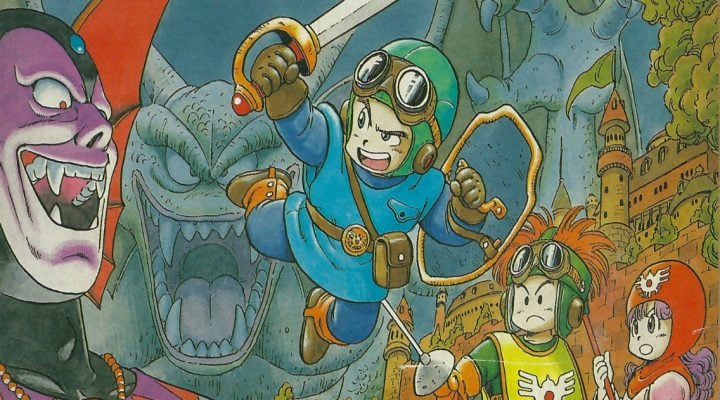 Game has a slow start.

Dragon Quest mania continues on mobile with Dragon Quest II, a game not seen in North America since the Game Boy Color adaptation released in 2000. At least the 14 year delay gave Square-Enix enough time to come up with a subtitle for the game: “Luminaries of the Legendary Line.” No doubt the odd moniker is meant to pay tribute to Dragon Quest’s re-translations on Nintendo DS (“Dragon Quest V: Hand of the Heavenly Bride,” “Dragon Quest IX: Sentinels of the Starry Skies.” And so on).

The very first iteration of Dragon Quest II popped up on the Famicom in 1987, so what we have here is another example of near-ancient Japanese role-playing game (JRPG) tropes and mechanics resuscitated for a modern mobile audience. Dragon Quest II is neither as classic as its predecessor, nor does it match the epic depth of Dragon Quest III, V, or VIII. Nevertheless, it’s a solid and challenging JRPG, something that’s never unwelcome on mobile platforms. 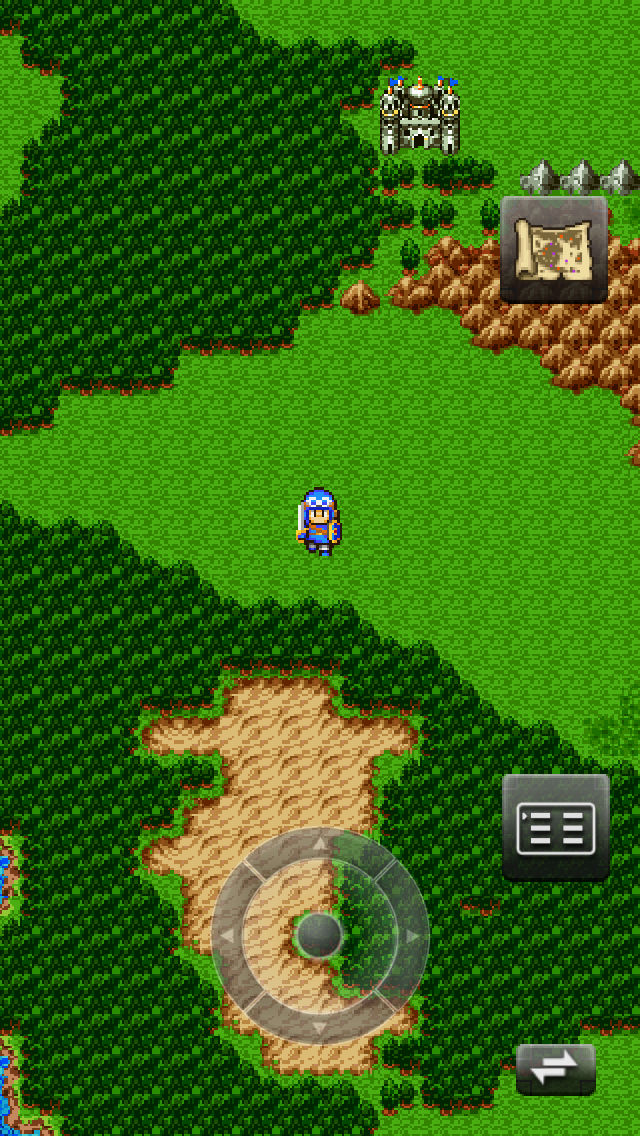 Dragon Quest II takes place quite some time after the events of the original Dragon Quest. The line of the hero Erdrick is still well-known, and you’re one of its members. When a new evil threatens to darken the land, you take up arms alongside two cousins and venture forth.

The biggest leap between Dragon Quest and Dragon Quest II is the multi-party battle system. No longer are fights a one-on-one slugfest: Now you (and enemies!) can attack with allies. You’re a warrior, whereas your cousins are magic-slingers. The battles in Dragon Quest II require a bit more strategy since there are multiple targets to deal with.

But while adventuring parties were a rarity in console games when Dragon Quest II was first released, they’re pretty standard today. In other words, if you’re familiar with basic JRPG mechanics, you should have no trouble learning everything Dragon Quest II has to teach you.

It’s a long path from your starting point to the showdown with evil. You meander through fields, mountains, caves, dungeons, and take well-deserved breaks in towns and castles. As you fight, you earn experience, level up, and become stronger. You can also buy and arm yourself with powerful weapons and armor. 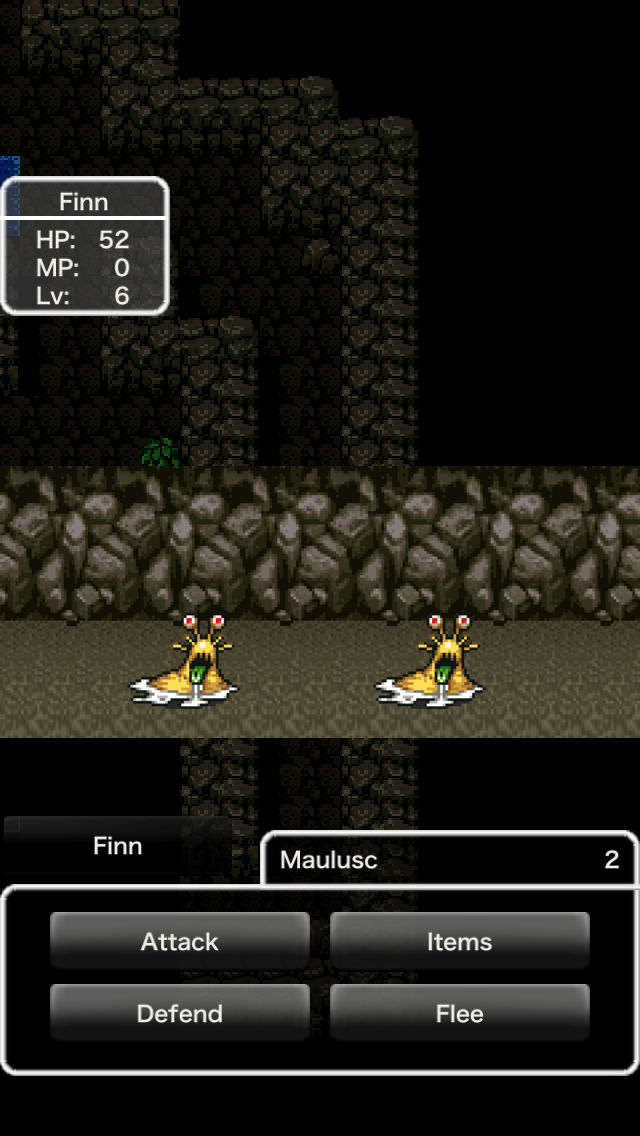 At times, Dragon Quest II is a trifle tedious. Finding your first companion, for instance, involves a playing medieval version of telephone tag. You trail your cousin as he bounces from locale to locale, so you essentially wind up fighting large parties of enemies by your lonesome self. Things pick up considerably when you find your first friend (and your second friend quickly thereafter), but there’s no glossing over Dragon Quest II’s slow start.

Also noteworthy: Despite playing the game on an iPhone 5, I found there to be a lot of issues with crashing. Luckily the game’s auto-save feature lets you pick up where you left off, but it’s still an annoying issue to deal with. 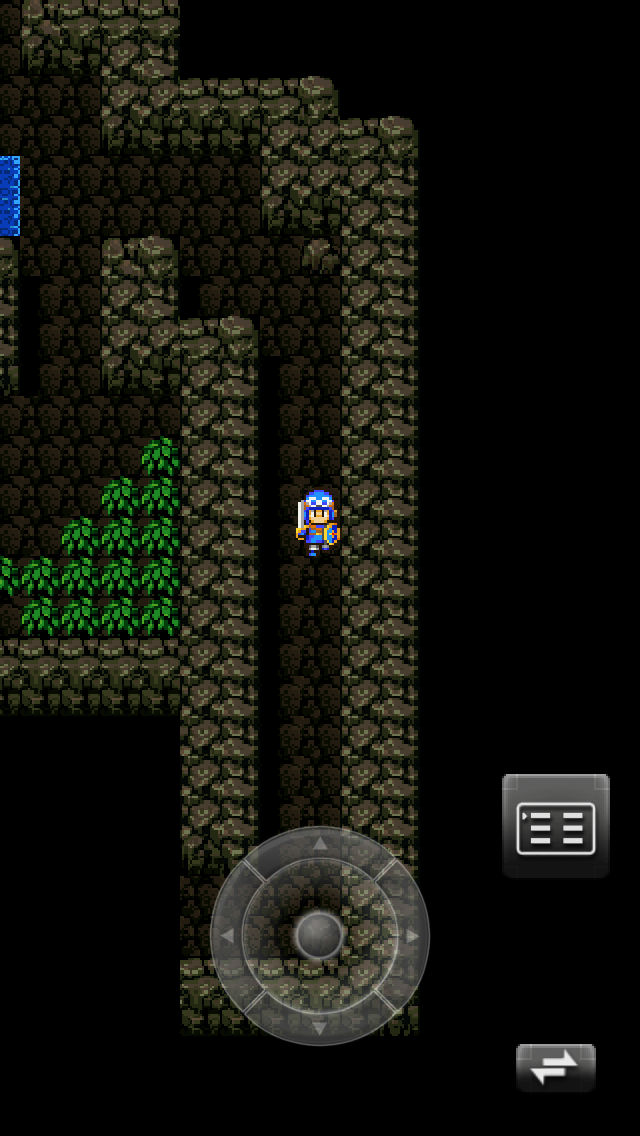 That’s right, Square-Enix. You’re not the only one that can abuse alliteration.