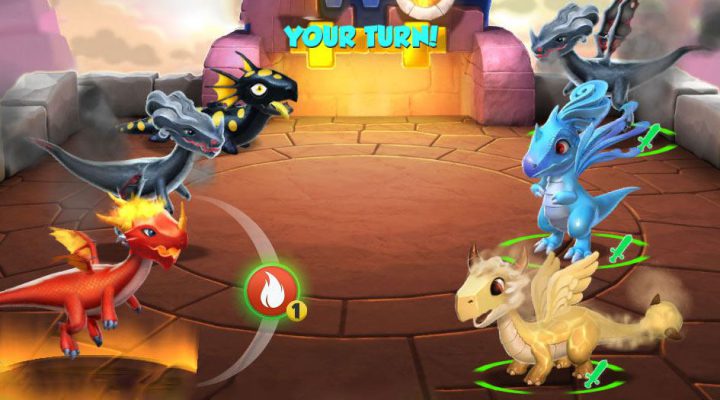 Tons of dragons to breed.

Dragon-breeding games are more common on the App Store than horse tails in griffin poop. There’s a reason for that, though: Dragon-breeding is awesome, even as a concept.

The enduring (and justifiable) popularity of Backflip Studios’ DragonVale has driven nearly every major mobile game developer to try replicating Backflip’s magic. Gameloft’s Dragon Mania Legends is one such attempt, and for the most part, it’s a successful one.

Dragon Mania Legends takes place in a world where Vikings command dragons for war-related purposes. You’re a member of a clan that resolves to be a bit more peaceful around them, though you’re certainly not above training up a few of the big lizards for war. 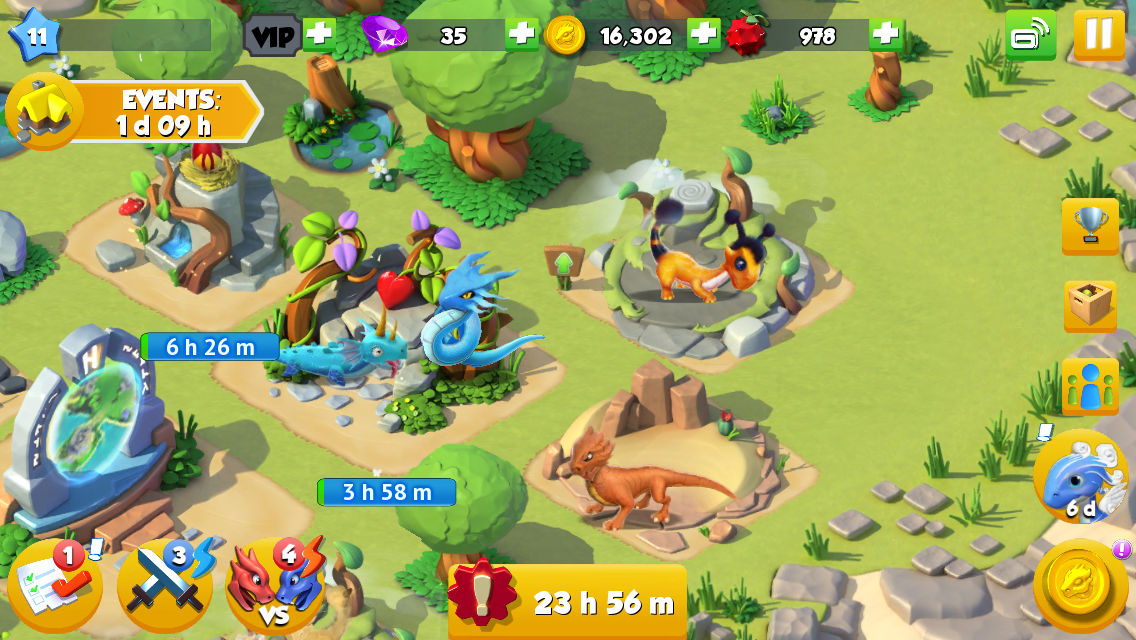 Part of Dragon Mania Legends’ gameplay belongs to dragon-raising, which takes a lot of inspiration from DragonVale. You hatch dragons, breed them in hopes of finding rare animals, and keep them in pens that accumulate money. You can even pet your new friends to earn a little extra cash.

Battles are also a big part of Dragon Mania Legends, and there are plenty to be had. Dragon battles are generally three-on-three, and you pull a dragon’s elemental medallion onto a rival in order to strike it. There’s an elemental hierarchy at work (water over fire, fire over nature, etc) that you should adhere to if you want to win.

Even with its battle system, Dragon Mania Legends feels pretty familiar. But, again, dragon-breeding games are just cool for existing, and Gameloft pulls a few tricks to punch up the experience.

For starters, there are a lot of dragons to breed and collect, and they go far beyond the basic fire dragons and wind dragons you begin with. There are smoke dragons, bee dragons, and even a melon dragon – a colorful dragon with a slice of melon wedged into its head. It’s silly, ridiculous, and amazing.

I took a particular shine to the Salamander, a shiny black slug-like dragon that flops around with its tongue lolling out the side of its mouth. Very majestic. 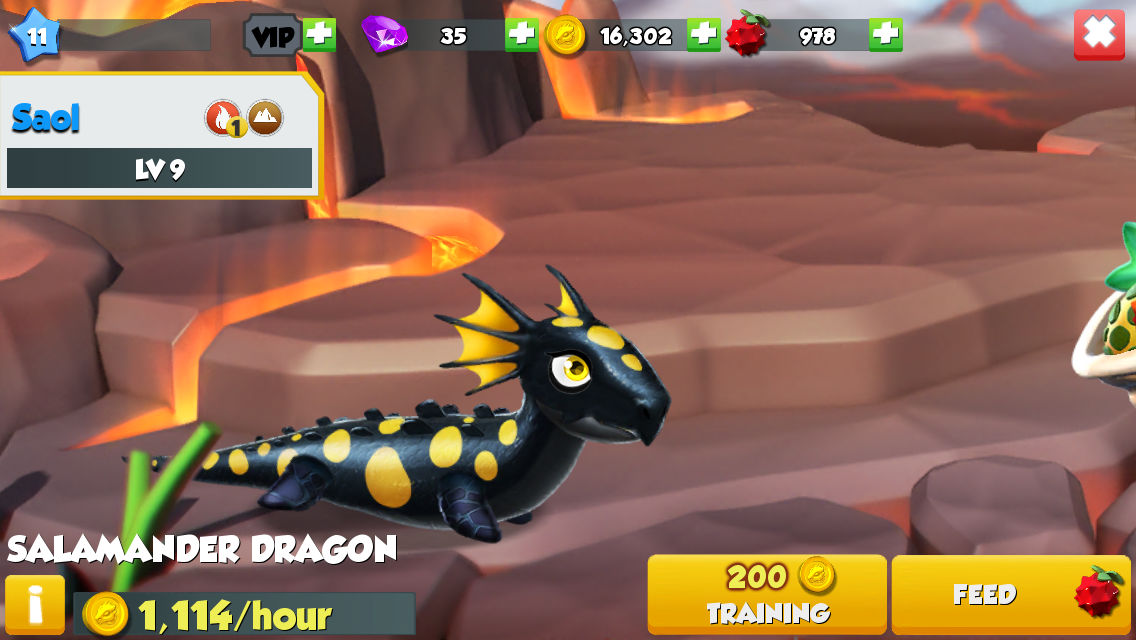 There’s enough content available to push you through the usual free-to-play trappings: Most of the dragons in Dragon Mania Legends can be bred instead of bought, though securing the rarer beasts takes a lot of time and effort. That said, the sides of the screens are covered with offers that can be purchased for large amounts of gems, the game’s hard currency. It tends to crowd the zoo area of the game, which is pretty busy to begin with.

Dragon Mania Legends is a good distraction for anyone that wants their very own pet dragon, which is obviously everyone in the entire universe. If you already dedicate most of your waking hours to DragonVale, you probably won’t want to come to Mania’s yard. Newcomers to dragon-training will definitely like what it has to show.