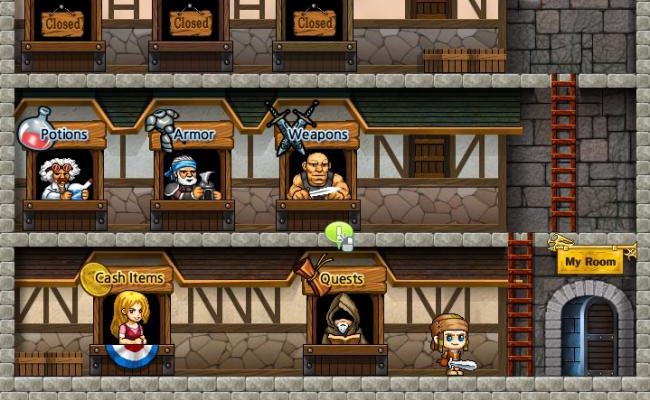 Dragon Hunter is a 2-D adventure game reminiscent of the old school console games of yesteryear. Its hack-n-slash style game play is simple to learn, which is good for players of all ages. Unfortunately, the game needs to offer more variety of game play to keep you playing in the future.

The player starts out as an adventurer earning his way to becoming a full-fledged dragon hunter by completing quests and saving the occasional damsel (or dude) in distress. Each quest has a goal and a time limit, and how well he does both, determines the grade. If the player saves the damsel, kills all the bad guys and leaves plenty of time to spare, he can get an A. 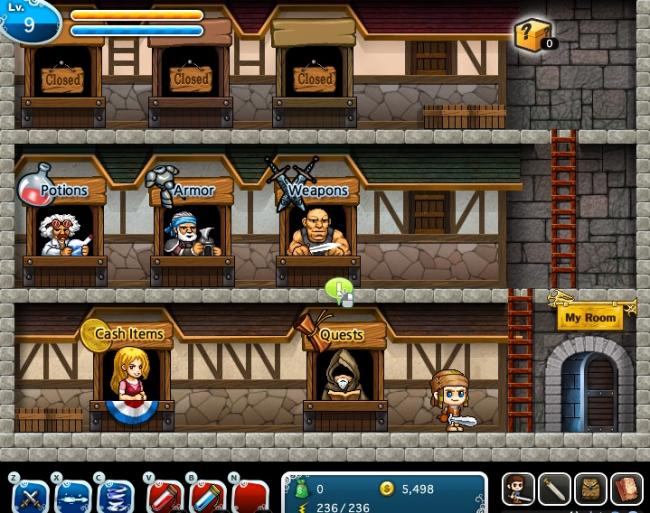 If the player runs out of time or leaves a few slimes milling about, then he gets a lower grade. Better grades mean not only passing the current quests, but getting access to other quests. Failure means sitting in the corner with a big pointy hat and then repeating the quest.

During a quest, the player has three basic actions: attack, jump and special attack. The standard attack is made using the in-hand weapon, which can be bought from a shop, discovered during a quest or purchased using “cash”. The special attacks use mana supply, and once it’s used up in a quest, it doesn’t replenish unless a mana potion is used. Bash charges your weapon for a powerful strike, arrow shoots magical arrows for a distance attack and wind creates a tornado to damage enemies.

Each quest earns the player experience to increase his level. Skill points can be used to amp up the power of special attacks and ability points are used to increase player stats. 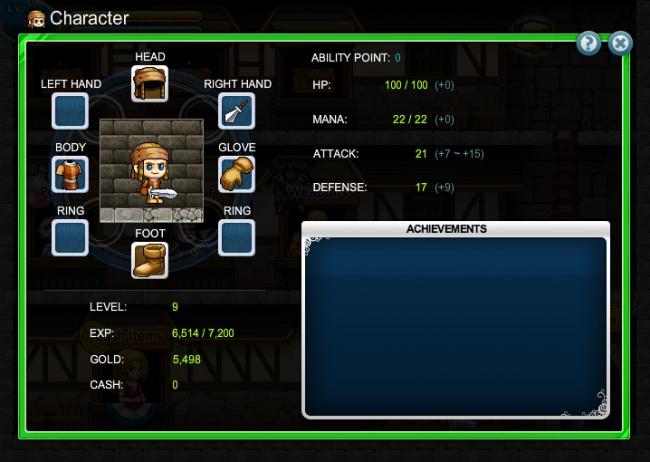 Outside of quests, the player has access to a Cash Items store, as well as several shops to purchase weapons, armor and potions. There are special weapons and armor that require “cash” purchased with real world money. There is not a way to accumulate “cash” in the game.

Where Dragon Hunter shines is the constant action and ease of play. My 4-year-old saw me playing this and immediately wanted to play too. Once I showed him the controls, he was off killing slimes and capturing slime princes. Also, the action is constant. As the player completes quests, the monsters get harder, increase in number, and develop ranged attacks. When the goal of the quest requires the player to carry an item, the intrepid adventurer cannot attack, so he had better cut a path through the enemies beforehand. 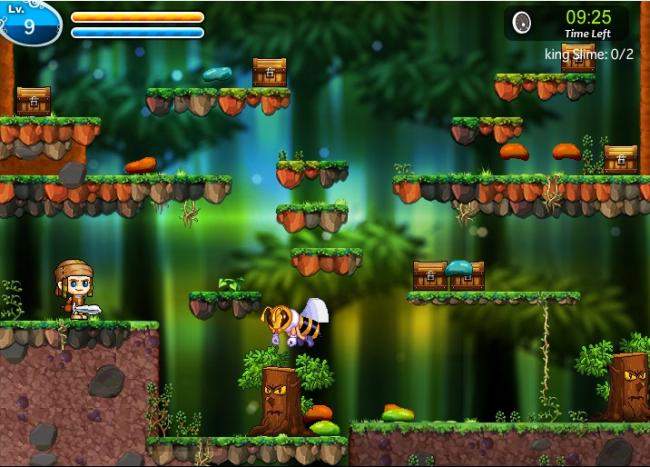 While the battles are fast paced and fun, the lack of diverse game play became tedious. Whatever momentum this game created in the beginning, screen after screen of the same types of enemies and attacks brought it to a screeching halt. I would have liked to have seen more choices in special attacks, diverse adversaries and enemies that react more to a hit than a simple wince.

Dragon Hunter is a good hack’n’slash game that will keep a player’s interest for a short while, but unless changes are made, player longevity could be a problem.

The World of Magic Review