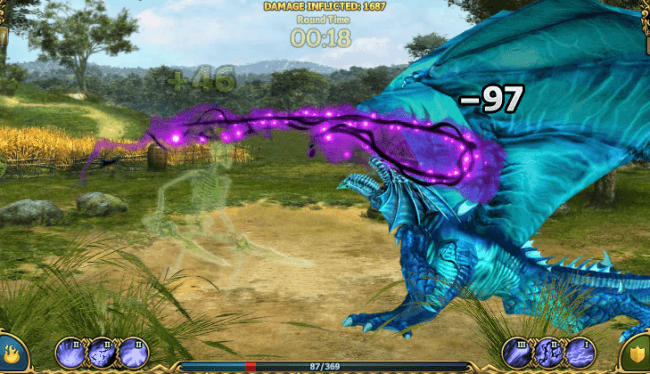 Think you can punch a dragon and survive to tell the tale?

The “mobile first” mantra has become increasingly popular when it comes to creating games that are going to end up on smartphones and tablets, but MMORPGs made specifically for those devices are still rare. Game Insight’s Dragon Eternity can call itself one of the few and the proud, but while it scores high marks on the design front, it’s a little too jumbled and confusing to call a complete success.

Ironically enough, you can play Dragon Eternity online as well, but this free-to-play fantasy MMO really does feel like it was made to play on a tablet. By keeping the action in a generous space in the middle of the screen and keeping everything else you’d need in a frame around the outside, Game Insight devised one of the more mobile-friendly user interfaces this reviewer has come across to date. Even the chat window, something that always seems to devil developers in games like this, can be popped up or put away with just a tap.

The game also does away with a facet of gameplay that can be an annoyance in many RPGs, which is the need to spend a lot of your time traveling or moving between encounters. You spend the majority of the time viewing the game world from a first-person perspective, allowing you to see all of the monsters and NPCs in your particular area. Entering combat is as simple as tapping on the enemy you want to fight, and you can travel to other areas by use of a pop-up menu at the bottom of the screen. No muss, no fuss. The graphics are exquisite too, almost three-dimensional in the way the backgrounds have layers and depth.

Fights switch to a third-person side view reminiscent of a fighting game. Combat is turn-based, with a timer at the top of the screen that gives you a limited time to perform actions and a single attack. It’s also extremely repetitive, with your option limited to an attack, defense or mana-increasing stance. The mana is for the spells you can learn, but it starts at zero in each battle and has to build up before you can cast anything. There are convenient hotkeys for potions, orbs, glyphs and the like, which is nice, but the overall feeling is definitely one of wash, rinse, repeat.

Any time the action is more than one-on-one – including the multiplayer PvP arenas and elite bosses that need to be taken down by groups of players – things are even more muddled. Sometimes you’ll be standing in reserve, waiting for someone to fight (though you can help your allies during those periods). Other times your enemies will just randomly swap in and out like they were in a tag team wrestling match, which just ends up feeling silly. The PvP felt like it lagged in spots, with players timing out on their turns or being felled by unseen forces.

Of course even attempting multiplayer PvP gets Game Insight an ‘A’ for ambition, and the same could be said for many other aspects of Dragon Eternity. There’s certainly no lack of content thanks to all kinds of PvE quests (even if a lot of them are “Kill ‘X’ monsters), the arenas, regularly scheduled world events and instanced dungeons. There’s an encumbrance system plus gathering and crafting professions. At higher levels, you can take on missions that lead to the ability to summon a dragon, and who wouldn’t want to do that? 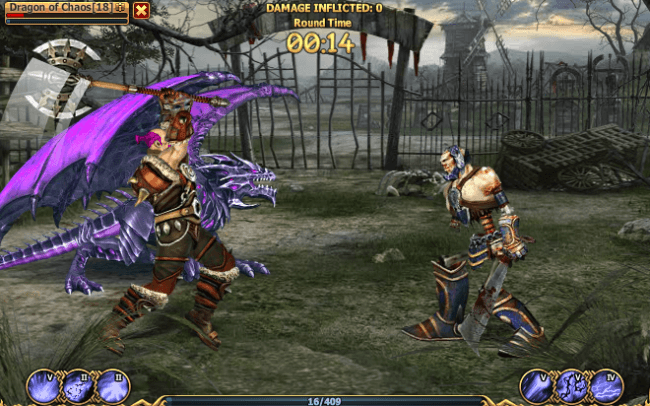 But more isn’t always better, especially when even the little stuff is so complicated. Or maybe it’s just that the game does such a poor job explaining anything but the very basics. Things like choosing between the three classes, buying and equipping gear, or even the way your belt works are all a lot less clear than they should be. There is an online help feature which is pretty informative, and players in general chat can help you out, but these are areas that should be clearly laid out for new players lest they just throw their hands up and figure it’s not worth the hassle.

The in-game purchase system also feels depressingly “pay to win,” as you can skip past a lot of the grinding for gear and spells if you’re willing to pony up some money. And speaking of skipping, some quests can only be done in the browser-based client, so mobile players can just click on some dialogue boxes and get some free coins and XP. Bonus! 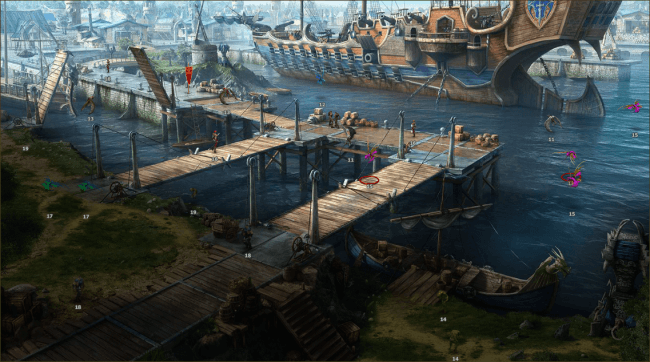 If you’ve read this far, you’re probably either really intrigued or already know Dragon Eternity isn’t for you. Because there are so few MMORPGs that can be comfortably played on an iPad, it’s hard to argue against it for fans of the genre. As long as you go into it knowing you’re going to work a little harder than you might want to as the price of enjoying the sweet design, you just might like what you find.