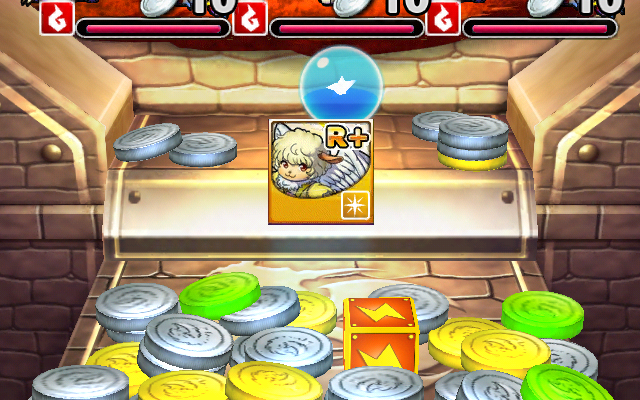 Whenever you go to a casino or an arcade, you can usually count on the coin-pusher machine being devoid of participants – save, maybe, for a stray person gawking at it and wondering if a running jump-kick will deliver an easy payout.

SEGA’s Dragon Coins is a role-playing / collectable card game powered by a coin-pusher that actually does offer significant payout. Namely, capsules containing monsters that can fight for you. Who needs to play for that crumpled five dollar bill hanging out in the back of the machine when you can net your very own dragon? 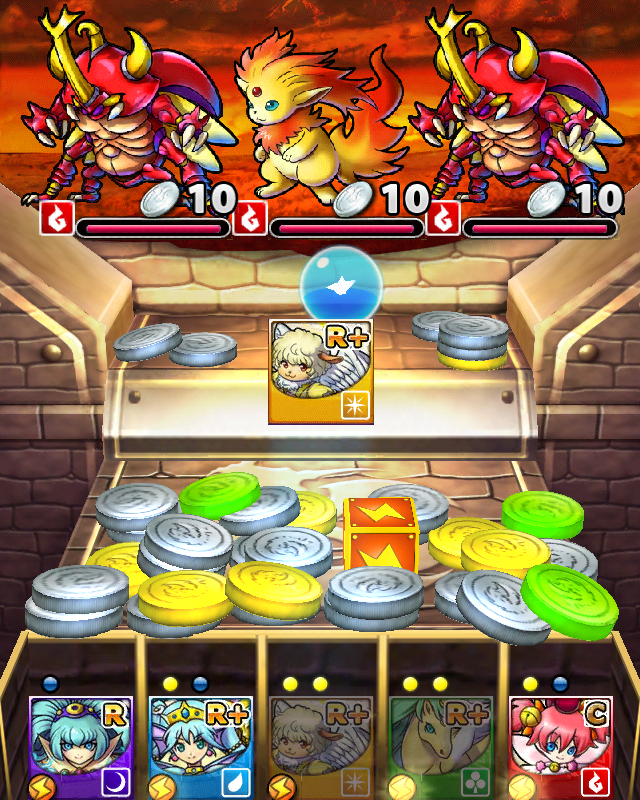 Dragon Coins’ closest relative is GungHo’s Puzzle & Dragons. You go through several missions and fight monsters with the aid of your own monster cards. Victory in battle earns you gold coins and more monster cards that can be raised into warriors, or used as fodder to upgrade your favorites.

However, whereas a match-three puzzle grid determines your monsters’ attack power in Puzzle & Dragons, Dragon Coins utilizes a coin-pusher. You “drop” coins into a two-tiered machine. When coins are pushed into respective monsters’ slots, they launch an attack. The more coins that are dropped into a slot, the stronger the blow.

At first, Dragon Coins comes across as a game of little strategy. Indeed, it’s easy enough to power your way through early missions by dropping coins willy-nilly, since you have an unlimited supply.

But it gradually becomes apparent that you need to think about when and where you should drop your coins. Each enemy monster has a countdown that ticks away with every coin you drop, and when the counter hits zero, they attack. Oftentimes, they attack hard. If, for instance, three enemies’ countdowns synchronize and they all jump on you at once, it can easily mean your end. 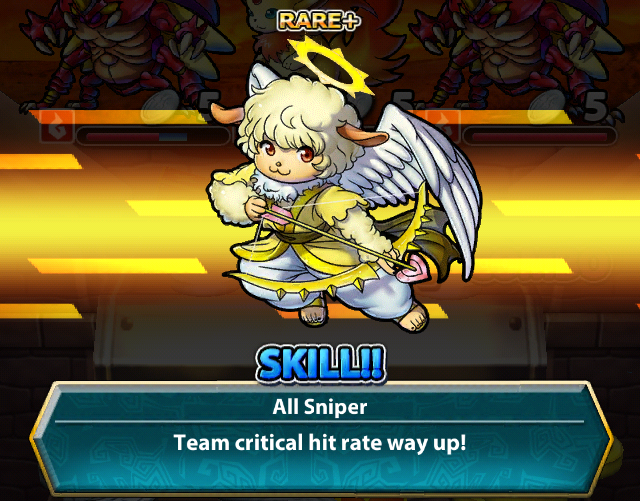 As is the case in Puzzle & Dragons, strengthening your critters and evolving them is key to survival. Levelling up is done by fusing your choice monsters with the countless fodder monsters you collect as you play through missions. Collecting is fun, as Dragon Coins‘ monster designs are a treat for fans of classic anime and video games. There are slimes, orcs, and dragons galore, all of which range from cute to intimidating. Unfortunately, as might be expected from a collectable card game, there is minimal animation.

Dragon Coins borrows from Puzzle & Dragons in another regard: Despite being a free-to-play game, it’s quite possible to play far into the title without having to spend money. Premium currency is dished out frequently as rewards, making it possible for frugal players to get strong monsters (with a little luck, of course). The trade-off is a slow-charging stamina system that depletes with every mission you go on.

There are more Puzzle & Dragon clones than anyone can count on the App Store and Google Play, but Dragon Coins is a decently-engineered title. If you’ve been curious about the fuss behind collectable card / battle games but aren’t interested in match-three puzzle mechanics, Dragon Coins is a strong alternative.