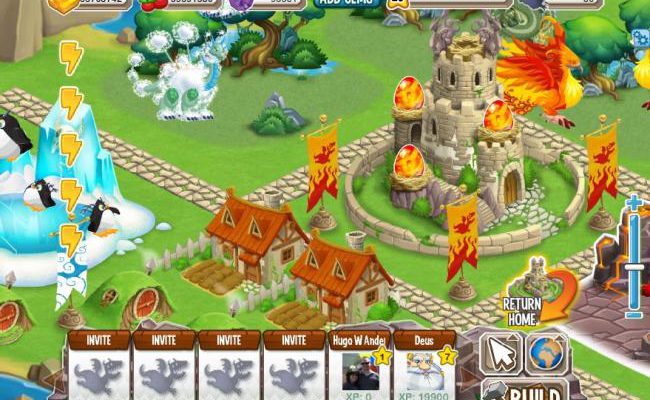 You may already have some idea of how to train your dragons thanks to Cressida Cowell, but do you know how to breed them? If you don’t, you can fill in that regrettable gap in your fantasy credentials by playing Social Point’s Dragon City, which lets you create over 150 versions of the winged monstrosities by tossing two dragons into a common pen and hoping for the best.

Of course, that also means it’s less of a “city” than a farm of sorts, and unfortunately, similar muddlings of purpose saturate the entire experience. You’ll still have a good time here if you enjoy smiling at the wide range of adorable and impressive dragon combinations Social Point reveals with each hatched egg, but the overall experience fizzles out after only a couple of hours. 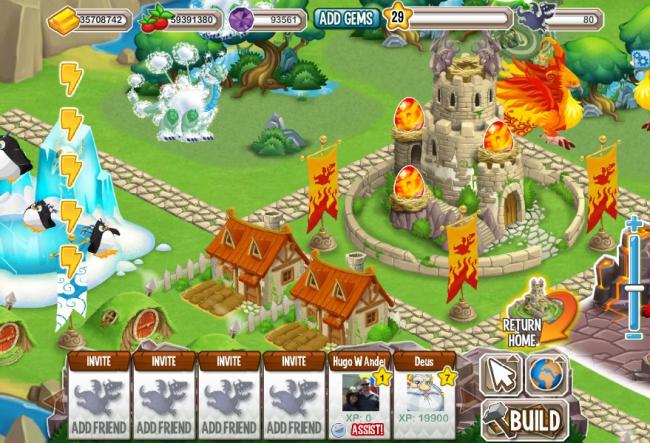 It’s a shame, because it starts off so well. Dragon City‘s quests do a good job of walking you through the basics of building habitats for specific dragons, buying and hatching eggs, raising dragons to adults, and even the act of breeding itself, but you never get the impression that all this breeding serves any greater purpose besides raising a bunch of dragons for player-versus-player pit fights. That last goal isn’t even clear until you reach level 10.

In the absence of any kind of story that lets us know why we’re breeding a dragon army on floating islands in the sky, Dragon City‘s main charm rests in learning what kinds of strange dragons you can create by matching fire dragons with, say, water dragons and showing off your dragon farms to your friends.

Still, Dragon City‘s gameplay contains some nods to standard social gaming conventions such as visiting your friend’s dragon cities, but the implementation seems unfinished. There’s no impression that you’re involved in any chores, for instance–you simply click on five dragon habitats and collect the money that drops from each. You can also earn special breeds of dragon by building a “Recruitment Tavern” and assigning your friends to positions there, but beyond that, little else happens. 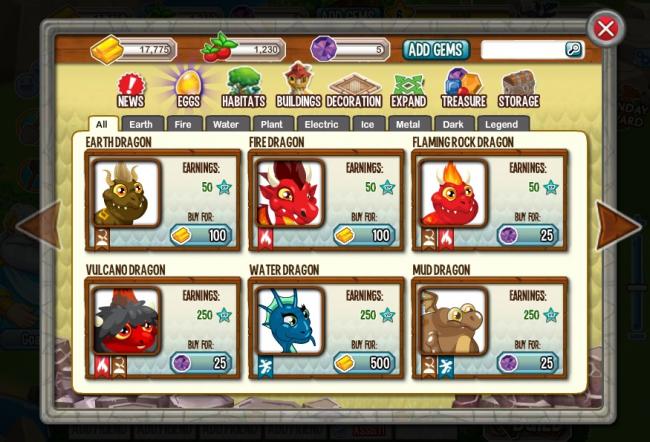 These deficiencies could have been overlooked if the PvP dragon battles operated on a Pokemon-style concept, but since you can only battle three times every six hours and you never run the risk of losing one of your precious dragons, there’s little reason to bother with the tired randomness of the combat if you don’t want to.

In its favor, Dragon City doesn’t limit its gameplay with an energy bar, but it makes up for such limits by imposing insane prices on some items once you’ve reached level 10 or so. The idea, of course, is to get you to pay for immediate advancement instead of spending hours collecting cash from your grown dragons. The problem is that Dragon City makes the jump a bit too abruptly, and at a point when you start to notice other shortcomings such as a map that essentially looks the same for every player, save for the placement of individual buildings.

That’s perhaps the unkindest cut of all. When you call your game a dragon “city,” isn’t it obvious that we’d like our cities to look as different from our friends’ cities as possible?