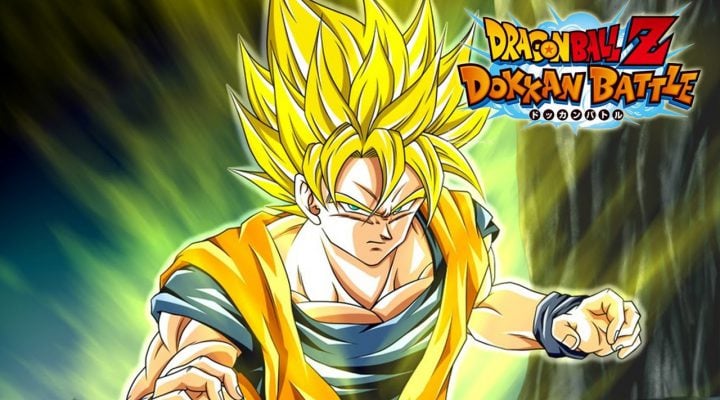 Fun mix of action games and board games.

Licensed mobile social games are going to some fun places lately thanks in part to developers saying, “Heck with it — let’s just take everyone’s favorite characters and mash ’em all together in this inexplicable universe!” Final Fantasy Record Keeper is a good example of the “Everyone in!” sub-genre of social gaming, and Bandai Namco’s Dragon Ball Z: Dokkan Battle isn’t a bad specimen, either.

Dragon Ball Z: Dokkan Battle is part character / card collector, part tapping game, and part board game. There’s also a lot of sitting around and waiting while your orders are carried out via the kinds of insane fight scenes that define Dragon Ball Z to begin with. Of course, if you’re a fan of Dragon Ball Z, you’ll be pretty OK with watching your favorite characters duke it out in Dokkan Battle. 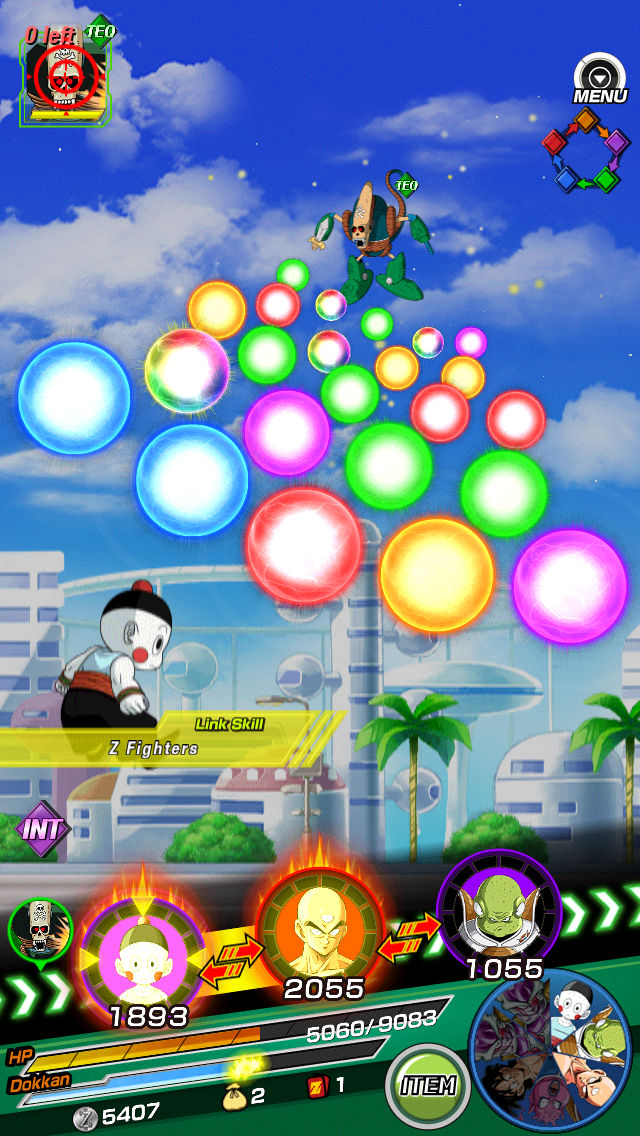 Speaking of favorite characters, villains mingle with heroes in Dokkan Battle like it ain’t no thang. Your team may easily have Yamcha, Krillin, and Tien fighting alongside planet-destroying baddies like Frieza, Burter, and Vegeta (who admittedly straddles that well-used grey anime line between “Bad” and “Good,” anyway).

Story-wise, the reason for the mingling has to do with some mysterious person using the Dragon Balls to mess with space and time. From a gameplay standpoint, it’s just a way to let players collect as many fighters as possible, good or evil. And that’s perfectly OK.

Once you have a team set up, you’re walked through the basics of the game by Vegeta’s epic bastard progeny, Trunks. Levels are laid out to resemble a game board, with different spots leading to traps, temporary power-ups, or items that can be used to make your fighters stronger.

But the real meat of Dokkan Battle is found in each level’s red spots, which is where fights occur. Each fighter subscribes to a colored element, and as you might expect if you’ve played your share of battling games, these elements have strengths and weaknesses over each other.

You charge up “ki” attacks by tapping on glowing spheres that float between your character and your foe. If a lot of same-colored spheres link together in a straight path, your attack will be particularly devastating. You’ll do even more damage (and regain a bit of health) if the ki spheres match your character’s color. Making appropriate matches for players / rivals can also dull the enemy’s bite when they launch an attack. 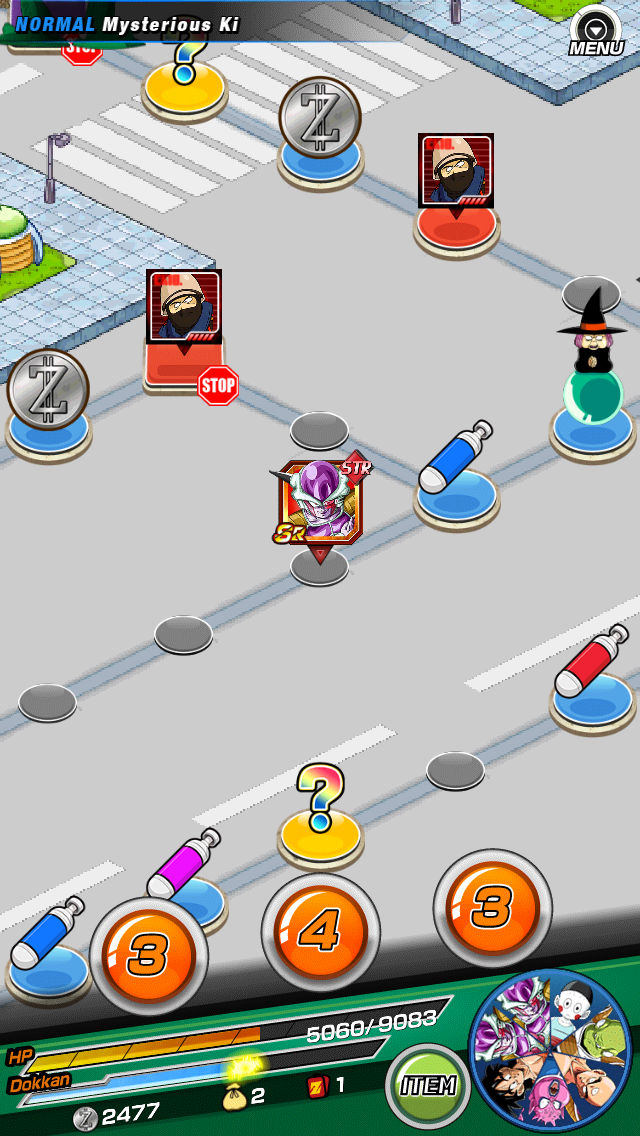 Dokkan Battle’s fighting system is a bit simplistic compared to the likes of Puzzle & Dragons or Final Fantasy Record Keeper, but Dokkan Battle’s fights also move more quickly versus its counterparts’ skirmishes. And, as mentioned earlier, the fight scenes move blisteringly fast and are fun to watch.

Dragon Ball Z fans can even strategize a bit by organizing their team according to alliances from the manga and anime. Characters will perform powerful linked attacks if they have a shared history, are part of the same army, or trained under the same master.

Anyone who can’t quite grasp why the popularity of Dragon Ball / Dragon Ball Z franchise has transcended generations won’t get a thing out of Dragon Ball Z: Dokkan Battle. Dragon Ball nerds, on the other hand, will be as happy as a hungry Saiyan with a hunk of dinosaur meat.