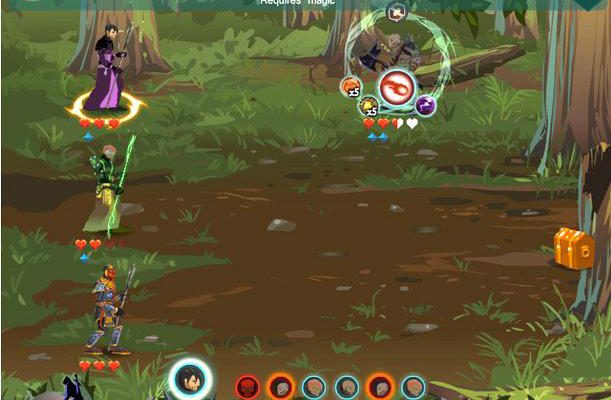 Electronic Arts’ EA2D studios recently asked why no one’s really ever made a decent turn-based RPG for Facebook. And, finding no suitable answer, set out to make just that. The offspring of this wild endeavor is Dragon Age: Legends, which could be dismissed as mere promotional tripe were it not for the game’s obvious complexity. Within moments, Legends reveals itself as a rich and sprawling game—full of surprises and tiny innovations—and EA2D’s so taken with this little project that the studio has taken to calling it “the first real game on Facebook.”

Of course, we at Gamezebo know that that’s a bunch of hogwash. But it’s still hard to argue that Dragon Age: Legends isn’t an impressive step forward. The high fantasy thrills kick off with a fairly stunning animated cinematic (be warned, parents, it’s not for the kids), and quickly hops in to a character selection menu that lets you customize a warrior, a rogue, or a mage for your fights against the malevolent horde known as the darkspawn. 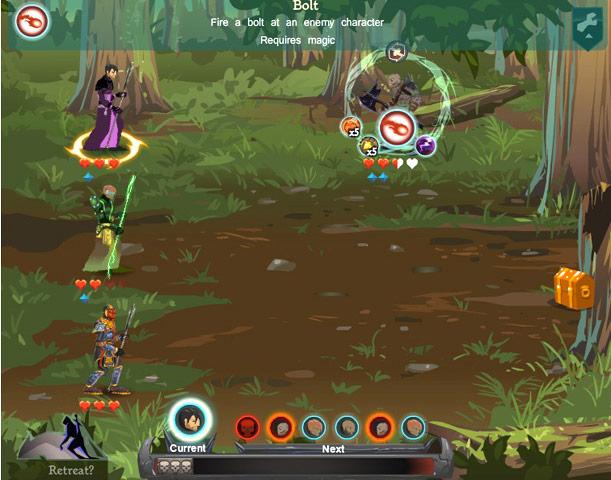 It’s not long before you’re in the world itself, battling monsters and grabbing loot with the help of NPCs or your Facebook friends in group-based combat. The battles themselves are turn-based in the style of early games like Final Fantasy and Dragon Warrior, which means that each player in your party gets to take a shot and then the enemy gets to take a shot. As you level, you gain access to increasingly powerful abilities and upgrades, and you can block attacks, heal yourself, and obliterate multiple enemies at once time. As a social advantage, you can pull two or more of your Facebook friends into battle once every couple of hours and take full advantage of their abilities no matter their level.

This is a good thing, since battles get hard quickly. I was lucky enough to have several friends playing who were several levels higher than I was, and I could yank them into battle every few hours and annihilate my opponents while compensating for my own weaknesses. Elsewhere, you can name and build your own castle, complete with servants who make potions, bombs, or other supplies to help you on your way. And true to social game traditions, you can visit your friends’ castles once per day and nab some gold from a chest. 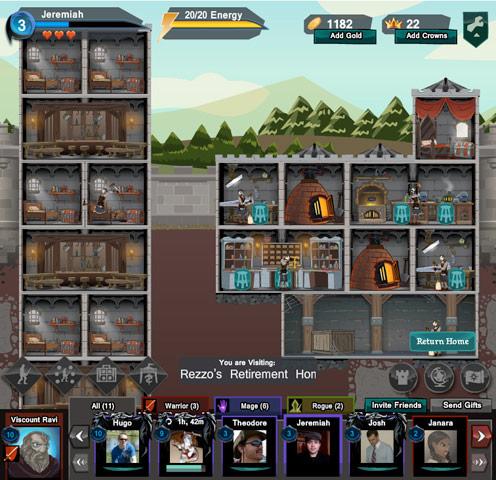 The problem is, if you don’t have many friends playing, it’s extremely difficult to progress without spending real-world cash. Even then, advancement depends on how often you can use your friends or the weak NPC buddies the game provides, and soloing becomes all but impossible after the first couple of missions. Unless you want to spend some cash every time you die, upgrade your castle, or pull a friend back in combat long before their timer is up, you’ll only get to play Dragon Age: Legends in snippets throughout the day.

It’s an intentional move, since the main benefit of playing Dragon Age: Legends is to win virtual items you can use in the recently released RPG Dragon Age II for Xbox 360, PS3, and PC. Even if you don’t currently own the game, you can get your rewards at any time in the future by matching up Legends with Dragon Age II via EA’s account service. And while many of these items are mere fluff (and you get two or three of them almost immediately), Legends stands out as one of the best examples of console/Facebook crossovers to date. 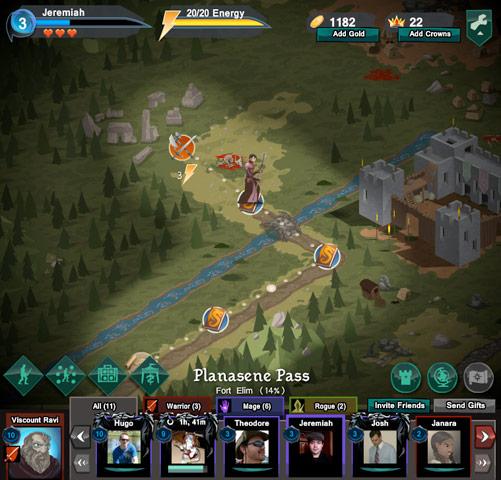 It’s hard to discount EA2D’s achievement here, and we’ve only scratched the surface of what awaits you. Many of the hardcore players coming to Dragon Age: Legends via the consoles no doubt see its turn-based combat as something of a step back, but a good number of these same players are coming to the game without knowing how it well it stands out among its competitors. Legends shows that turn-based RPGs are possible on Facebook, which could mean important developments for the platform in the near future.

The seeming ease of this release also begs a simple but important question for an industry brimming with Mafia Wars-style text RPGs: Why in the world haven’t we seen something like this sooner?