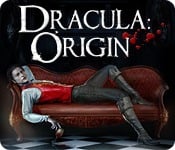 So-called “large file games,” or titles whose massive file sizes require way longer to download and install (and consume more space) than the average desktop alternative, are a singular oddity in casual gaming. That’s because, as with Dracula: Origin, released six months ago on PC CD-ROM, they’re actually traditional desktop diversions masquerading as digital downloads. Happily, in this case, the game – a haunting adventure that excels for its superb storytelling and cinematic presentation – translates just as well to this new, albeit unlikely format.

While purists may scoff at the tale’s willingness to take new liberties with Bram Stoker’s 1897 novel, adding original characters and locations to those encountered in the book, more open-minded players won’t complain. Thank a robust plotline and respectful plot treatment, which manage to expand upon the fabled yarn without compromising its integrity or spine-tingling impact. To wit, upon receiving a letter from student Jonathan Harker, who’s fallen into the clutches of history’s most infamous bloodsucker, Professor Abraham Van Helsing sets out to save him and fiancé Mina. Journeying from London to Cairo, Vienna and the heart of Transylvania itself, you’ll help the vampire hunter sniff out clues, scavenge for useful items and noodle through multiple mindbenders as you essentially play Victorian-era sleuth.

One major caveat worth nothing up-front, though. Despite the title’s considerable period-specific flavor (featured scenes range from gaudy parlors and torch-lit cathedrals to sun-baked desert streets and ancient catacombs backed by haunting violin scores), there’s nothing old-fashioned about its penchant for graphic imagery. Parents take note: While not a violent title per se, the game doesn’t shy away from overt religious references, topics like crime and dementia and direct mentions of murder and prostitution. Even the meter used to represent software loading progress is composed of an increasingly large bloodstain. Still, content is rated as suitable for players aged 13 and up by the Entertainment Software Rating Board, and featured dramatics lean more towards the suspenseful than visceral or horrific.

Handling like an interactive dime store thriller, the action’s split between several activities. To be specific: Conversing with colorful supporting characters, engaging in on-screen scavenger hunts and solving a variety of conundrums. Most of the time, you’ll watch Van Helsing leisurely wander through attractively-rendered environments (picture 3D characters and objects set atop 2D Gothic backdrops flush with moody flourishes like occult imagery and red roses). Left-clicking your cursor around the screen lets you move about, chat with acquaintances and examine or take a multitude of seemingly unrelated objects which will be used in solving later riddles. Right-clicking brings up your inventory, and lets you pore over past interactions and collected documents, with game navigation addressed quite elegantly overall. In short, those familiar with so-called “point-and-click” adventures dating all the way back to Sierra Online’s early-’80s classics should be right at home.

But as with the old-school titles from whence it draws inspiration, the game also suffers from several time-honored genre drawbacks. For one, an abundance of annoyingly-placed or -concealed objects, many deliberately obscured so as to confound players and artificially inflate play time. (Hint: Hold the space bar to make all interactive items on a given scene instantly visible.) Likewise, while avoiding one common trap – mindbenders that make no sense in the given context – several of the title’s puzzles, despite meshing with the overall storyline, are sometimes nothing short of diabolical. Players could benefit considerably from more direct instruction in terms of how these head-scratchers work, an odd counterpoint to the confined areas in which you’ll often find yourself stuck. (A design choice made to deliberately keep players from overlooking vital story items, or stalling their investigation by providing too many simultaneously possible lines of inquiry.)

Voice-acting, albeit surprisingly well done for a European import, also leans toward the histrionic. Frankly, if every little observation or plot wrinkle were as grave as it’s made out to be by featured actors, they’d all be dead of a coronary long before the tale’s conclusion. Nonetheless, we wouldn’t expect less from any made-for-TV potboiler or Hollywood epic. Which, perhaps, is what makes Dracula: Origin so compelling: Despite a few rough edges, it’s every bit the brooding, schlock-filled melodrama everyday connoisseurs of 19th century-flavored horror books and films would expect.

The Hidden Prophecies of Nostradamus Review