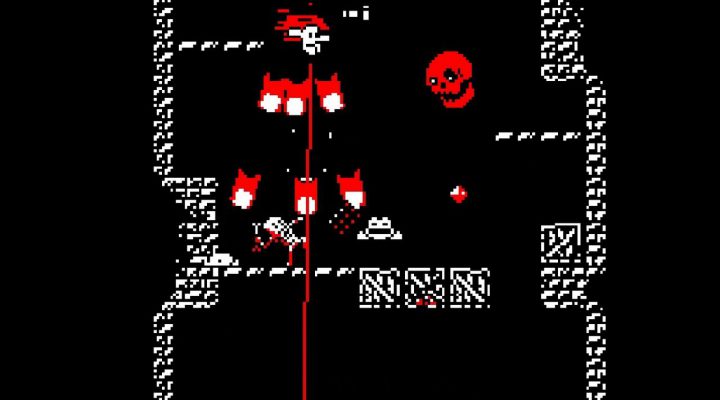 Satisfying to play again and again.

Can't keep the power-ups you gain in between levels when you start a new game.

Downwell is a hard animal to describe. It’s an “endless” game, sure — but unlike most games in its genre, it allows for pauses.

It’s a shooting game, sure — but unlike most games in its genre, you can only shoot in one direction.

It’s a platforming game, sure — but unlike most games in its genre, you can only make an eternal plunge to the bottom. There’s no backtracking.

Downwell is simply an odd duck overall, and that’s part of what makes it such a satisfying game to play. Even people who don’t consider themselves fans of endless games will find themselves returning to it again and again for the sheer fun of punching through enemies and destructible floors with upgradable gun-boots. 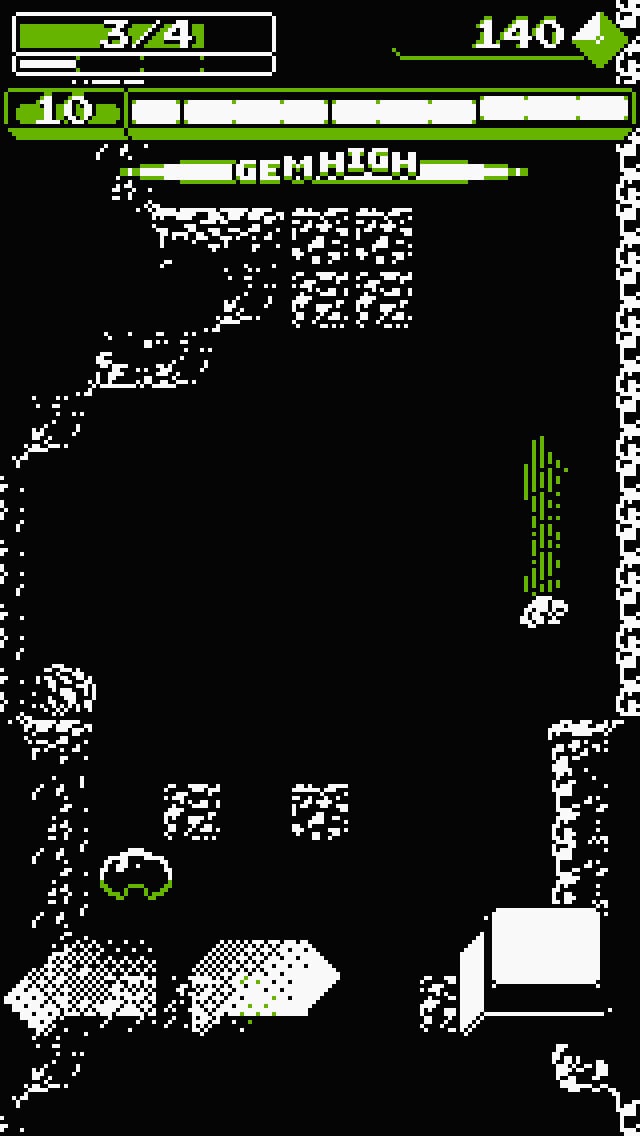 Downwell has no background story to speak of beyond “A boy falls into a well and encounters a load of eight-bit horrors on his way down” (this is why most countries legally require wells to be covered up). I’d personally like to hear a reason for why this boy is equipped with a bad-ass pair of gunboots. I’ll settle for an explanation on why this well has shops staffed by merchants who look like smaller, friendlier Stay-Puft Marshmallow Men.

Ultimately, Downwell’s story is secondary. The important thing is that wrecking enemies on your way down to Wherever You’re Going is tons of fun.

That’s because every time you jump, you expel a shot from your handy-dandy gun boots. Enemies and breakable blocks that get in the way of your kicks’ hot lead suffer immediate consequences — but said consequences aren’t always deadly. Downwell’s enemies are quite hardy, and some are resident to gunfire. Luckily, you can dispatch many enemies by jumping on their heads, Mario-style, but some spiked foes damage you if you try to stomp them.

In other words, you won’t survive Downwell for very long if you free-fall and hope for the best, nor can you succeed by recklessly blasting everything in your way (as tempting as that strategy is once you find gun upgrades). You must proceed carefully and land on platforms every-so-often in order to reload your ammo and get your bearings. But if you wait too long, you’ll be swarmed by enemies in no time. 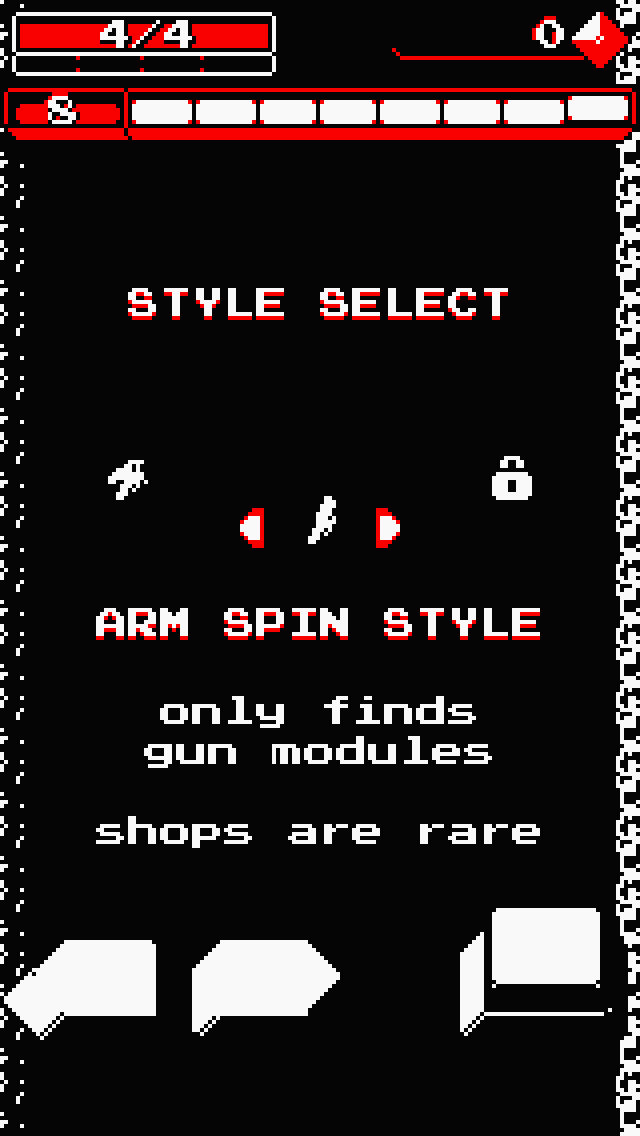 You get moments of respite in time-bubbles that contain shops and gun power-ups. And if things get too intense, you can shift between multiple play styles that may ease the game’s difficulty depending on how you play. The more times you descend into the pit, the more frequently you unlock cool options.

Downwell is easily one of the best action games to hit mobile this year. It’s intense, it’s unique, and every game you play goes towards unlocking something new. In fact, the only thing that might make it better is having the option to keep your collection of end-level power-ups in between play sessions, so that you can work towards building yourself up for a super-deep descent.

That’s just a little wishful thinking, though. Downwell is pretty cool in its current form. Plus, the stark black, white, and hellfire red of its default color palette resemble a cheaply-printed religious tract about why you’re going to burn for not accepting the Lord into your heart.