Home / Reviews / Dots & Co Review: Not so Laid Back

Dots & Co Review: Not so Laid Back 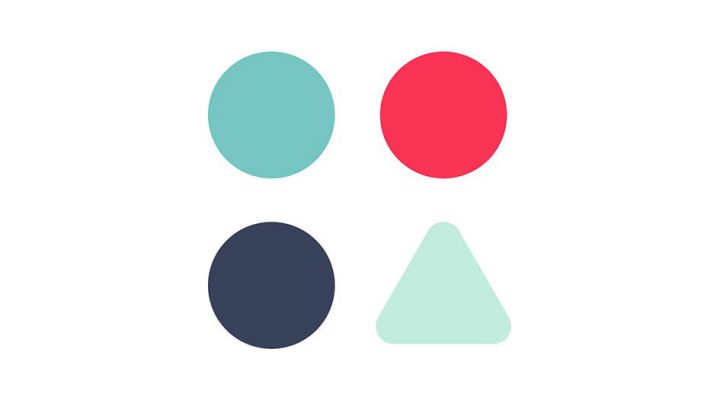 Ideal for achieving something quickly

Not as relaxing as before

Remember a couple of years ago when we all went a little crazy over minimalist matching game, Dots? And then later with its sequel, TwoDots? Dots & Co aims to do that all over again. It doesn’t do much to revolutionize the experience, but its minimalist approach is still endearing, even if the creep of freemium features infringes upon that sense of relaxation.

Across 155 levels, you’re trying to complete various objectives. These are typically things like match x number of one color of dot, or clearing a bunch of frozen dots. It’s simple stuff that you’ll have seen before. Where Dots & Co differs is in that typically simple layout; a layout that has always worked so well for Dots games in the past. 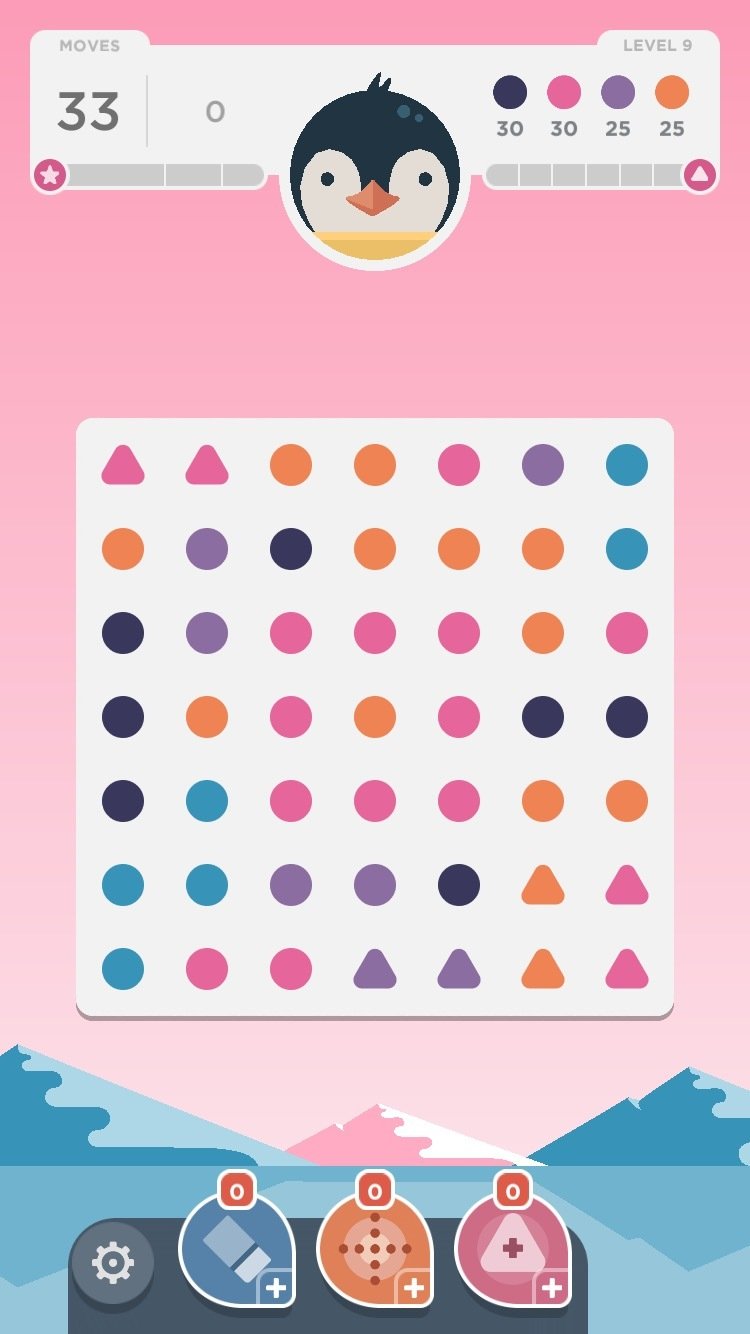 If need be, you only have to match two dots for them to clear off the board. Ideally you want to do more than this given you only have so many moves to use, but when times are tough, a match of two will do. Dots & Co doesn’t have conventional power-ups. It’s not garish like that. Instead, if you match dots in a rectangle or square shape, your device vibrates and you clear all of the dots of the same color. It’s a technique we saw introduced in TwoDots, and it works fairly well. It’s simple yet effective, and certainly very satisfying to implement. You quickly learn that “if in doubt, make a square” is a handy rule of thumb.

Entirely new to Dots & Co is being able to use companions to help you out. These companions are defined at the start of each level and come with their own skills. One might be able to clear a selection of dots for you, while another might add swirling dots. Once matched, these swirling dots turn all surrounding dots into the same color as it, setting you up perfectly for square matches. The power of each companion stems from matching up triangular shaped dots, all tying neatly into the minimalist aesthetic. 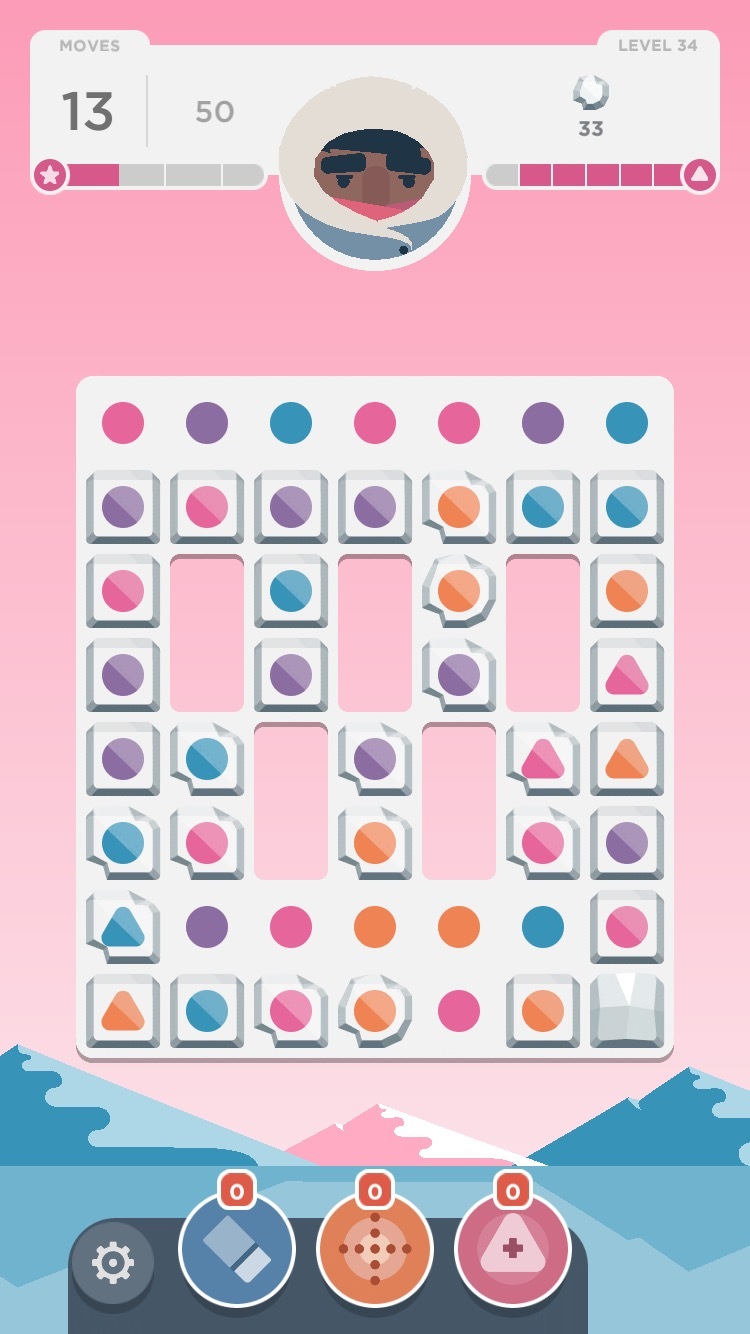 It’s all fairly calming and chill. At least it is early on. As you progress, you learn that Dots & Co suffers from a few issues common to this genre. Namely, the element of luck and randomness. Sometime, you’ll feel like the odds aren’t in your favor — and perhaps they’re not. After all, Dots & Co utilizes an energy system. You only get so many attempts before you have to wait for the energy bar to refresh, or choose to pay up for more tries. TwoDots might have had a form of life system, but Dots & Co feels more heavy handed in its approach than its predecessor.

Another form of currency has you able to create extra moves, or boost a companion’s ability.

You can already boost their abilities through matching triangular dots, thereby unleashing some convenient powers, but being able to buy your way to success is certainly helpful. However, that’s where Dots & Co loses its way a little. Its visual style is different from most other games out there, but there’s that growing sense that you’ve played this before. Or at least certain components of it are overly familiar.

The further you dive into Dots & Co, the more you feel that stop/start action that restricts so many other mobile puzzle games. Randomness plays a role, and you find yourself frequently having to wait for the energy bar to be topped up. It’s somehow more insidious than what TwoDots offered. You’ll still enjoy what’s here, but you’ll long for the ability to just play it at your own pace.

Such mechanics take the edge off what would otherwise be a very calming and pleasant experience. Simply put, it doesn’t match the sheer joy of the original Dots.