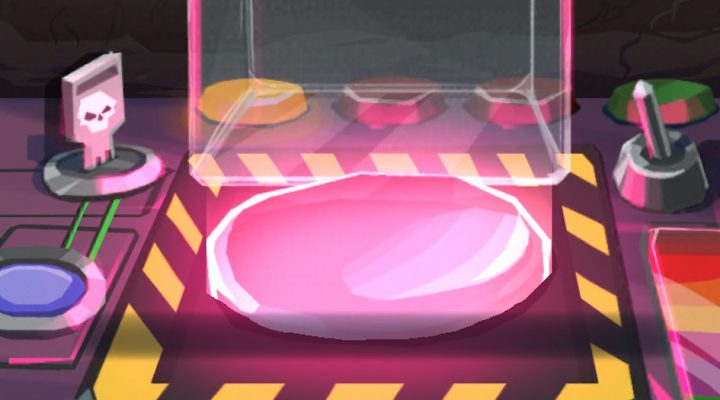 Destroying the world over and over is disconcertingly entertaining

As tough to put down as any other clicker

Takes a while to make any real progress

Doomsday Clicker starts off with one heck of an insidiously ridiculous plot. You, as (presumably) some sort of evil “genius,” have concocted a suitably evil scheme to make absurd amounts of money: bring about armageddon and charge the human survivors a metaphorical arm and leg to live in your underground bunkers. Just, you know, ignore the fact that armageddon would probably result in money losing most (if not all) of its value. Or that you wouldn’t have anything to spend the money on because, you know, society has crumbled to dust. 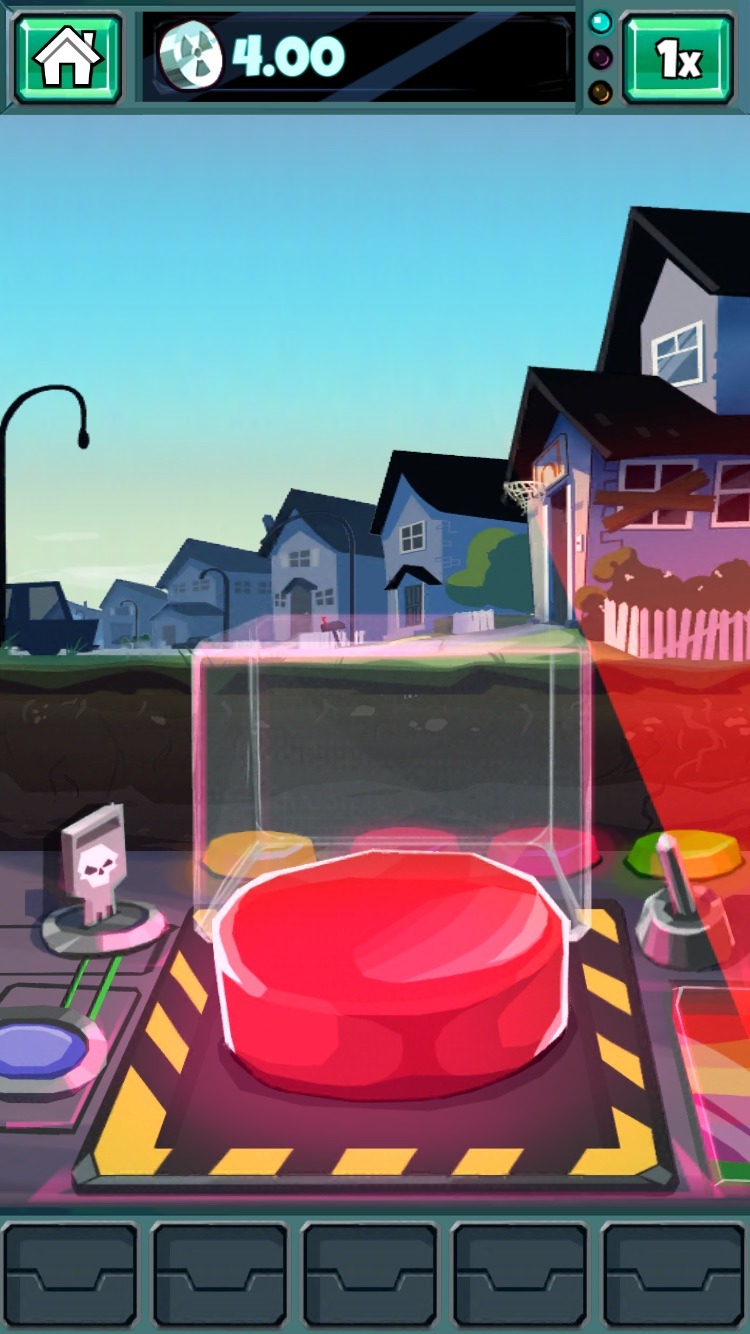 Nonsensical plot aside, Doomsday Clicker is about what you’d expect from an idle clicker. Assuming you actually do know what to expect. If not, it’s the kind of game that serves no real purpose, but can be surprisingly difficult to put down. You start off by building a workshop, which will attract a survivor or two and they’ll begin generating a little cash. Then you can use that cash to upgrade the workshop or build a power generator in order to attract more humans and earn even more cash. Then you can upgrade the generator or build a water treatment facility to attract more humans and earn more cash. It’s an almost entirely pointless cycle, but it can also be a tough cycle to break.

At the outset, the main thing that sets Doomsday Clicker apart is the whole “end of the world” thing. The visuals are colorful and cartoony, but also appropriately doom and gloom with mutant rodents and bugs wandering around on the surface – and of course you can pop (i.e. tap) them to earn more money or even a bit of premium currency. Mechanically it’s mostly still just about spending money to make more money. 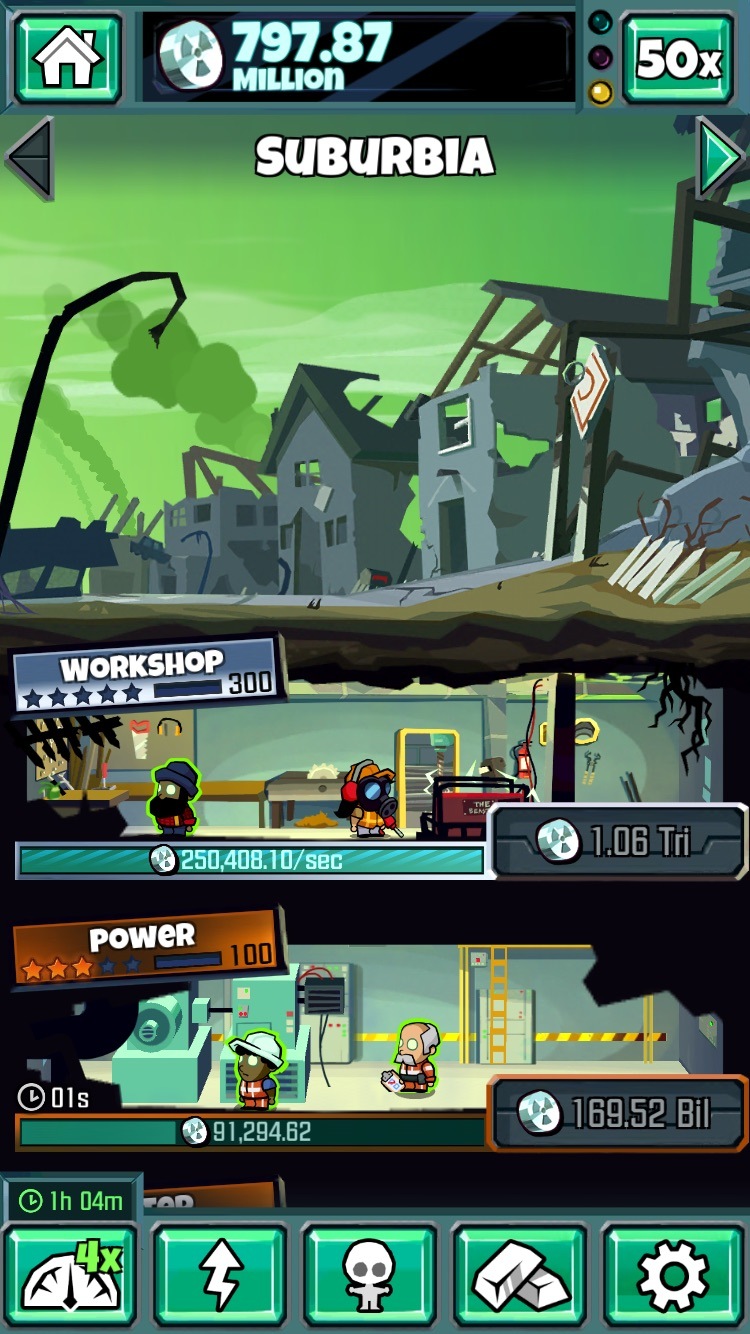 There’s a slight bit more to it than that, thankfully. Popping the mutant monsters on the surface is a teensy bit more engaging than simply waiting to save up enough cash to upgrade or buy a thing, for one. It’s also possible to purchase Room Perks that will grant % bonuses to different floors – though upgrading still seems more effective. There’s also a button that lets you switch between buying room upgrades one at a time, 10 at a time, or 50 at a time (with the prices adjusted to match). It’s a small thing, but it’s much appreciated as it means I don’t have to sit there and keep tapping the Upgrade button for a room dozens of times. Instead I can just save up and pay for 50 upgrades at once! Which is great when you consider that room levels can quickly surpass several hundred.

Being able to re-destroy the entire world has to be my favorite part of Doomsday Clicker, though. What? I’m supposed to be evil, remember? Anyway, the way it works is you simply push the big red button and destroy everything again. This will reset your bunker progress back to zero, which means you’ll have to build and upgrade everything all over again, but every time you destroy the world all the humans in your bunker will turn into mutants that will stick with you the next time around. And each mutant gives you a 5% bonus to productivity. That may not sound like much, but when you end up with a couple hundred of them, that’s a pretty big boost. 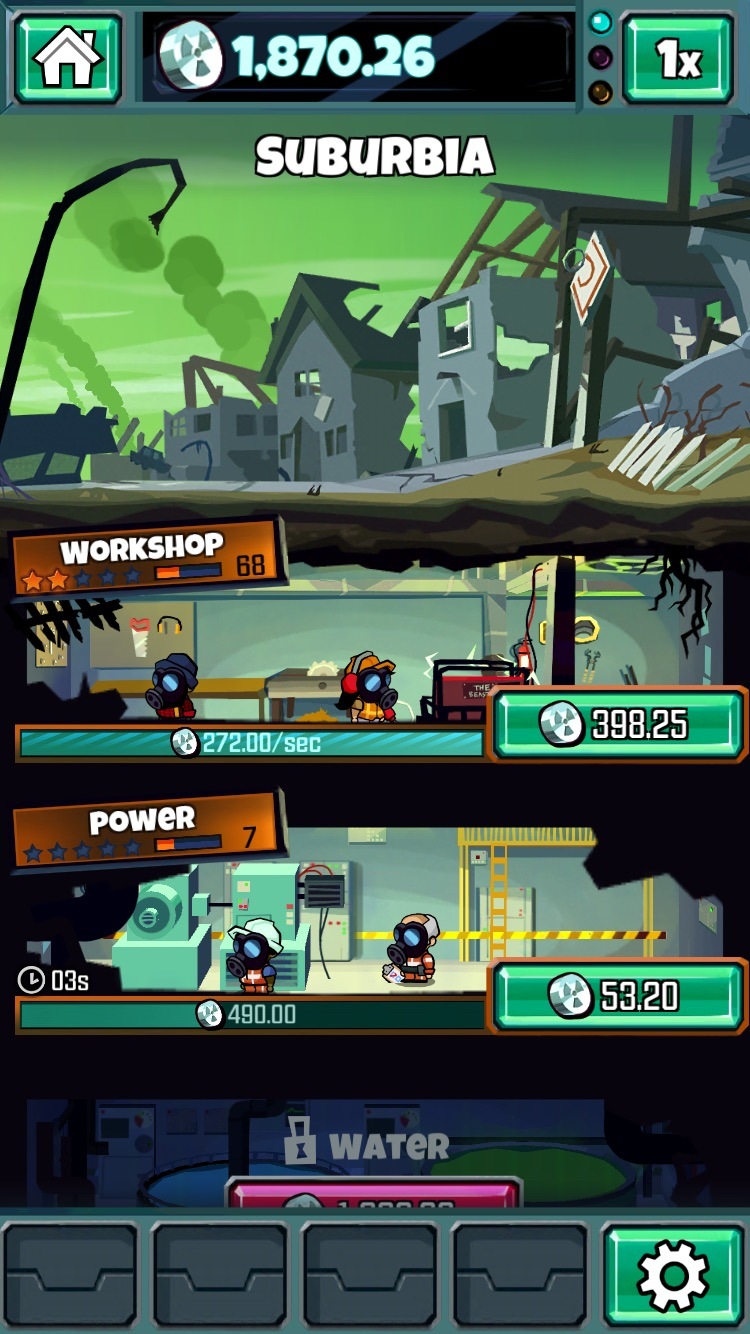 My only complaints are the same ones I’d have about every other “clicker” style game: it gets really repetitive really fast, and progress can be very slow. But that stuff doesn’t really bother me too much because it’s just sort of how the genre works.

If you’re not a fan of these types of games, Doomsday Clicker won’t change your mind. But if you like the never-ending grind for more and more cash – or if you’ve never played anything like this before – then I’d say it’s certainly worth checking out.