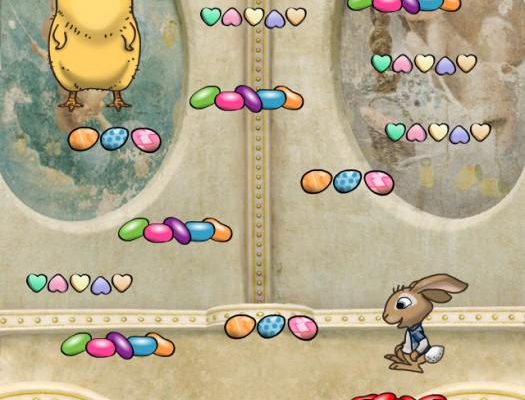 Doodle Jump: HOP manages to re-invent the wheel in slight but significant ways

Thanks to a pair of announcements earlier this year, it seemed as though 2011 might just be the year of the movie tie-in. And while there haven’t been any other announcements that have cemented that prediction quite yet, the first movie tie-in game – Doodle Jump HOP – has arrived on the App Store, and much to our delight it offers some unique changes that fans of the Doodle Jump series have been asking for.

Unlike past updates and spin-offs to Doodle Jump which have focussed purely on cosmetic changes, Doodle Jump HOP actually manages to make some significant tweaks to the gameplay. While the core element remains identical to previous Doodle Jump outings – players will jump from platform to platform as they make their way upwards, tilting their device in the direction they want to go – the framing around these basics has changed dramatically. Rather than jumping endlessly, players will now attempt to complete 25 different levels, each with a different height goal and unique characteristics. 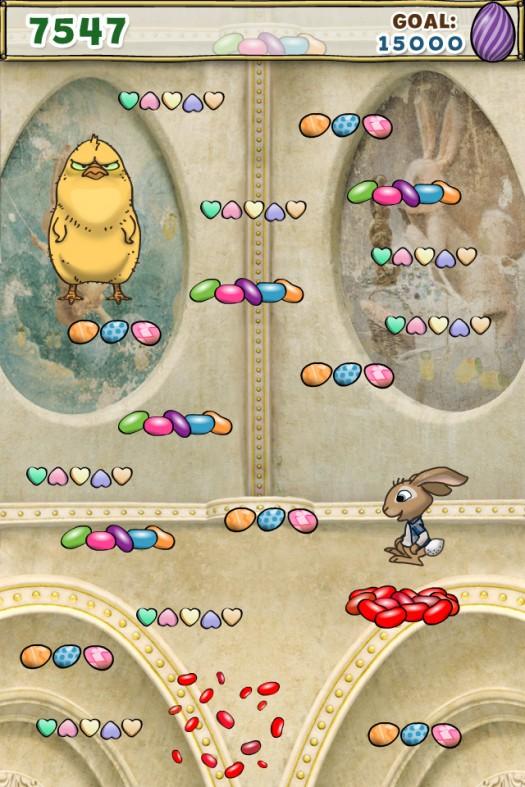 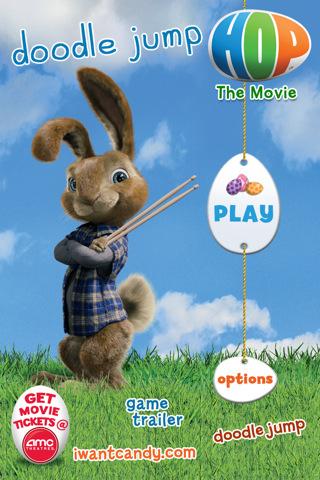 Unlike previous Doodle Jump releases, which threw all of the gameplay elements randomly at you during the course of play, each level in HOP ends up introducing a new element or two, making each feel wholly unique. So while the first level offers only the basics of jumping and a couple of enemies to destroy, the second is comprised entirely of moving platforms. The third introduces crumbling candy platforms, and the fourth is made up largely of clouds that dissipate after a single jump. Are these all elements we’ve seen before? Absolutely. But by introducing them gradually in a level structure, Doodle Jump HOP ends up delivering a surprisingly fresh experience.

Adding in tweaks to the formula doesn’t mean they’ve skimped on cosmetic tweaks as well. Since this is a licensed game, everything in Doodle Jump HOP is in keeping with the Easter theme of the movie. Enemies are baby chicks. Your hero will throw eggs. The background looks like an art exhibit showcasing classical Easter Bunnies of days gone by. What surprised us most, though, was how nice the character of Hop looked. After a few years of simple yet charming doodle art, I don’t think anyone was expecting a highly polished 2D character from the developers at LIMA SKY – yet that’s exactly what Doodle Jump HOP delivers.

In a strange little tie-in, the series usual lead character “The Doodler” makes an appearance at the beginning of each level as he navigates the same treacherous platforms you’re about to, but at a much quicker pace. Near as we can tell, this was probably only included to remind people that there’s another game out there with these mechanics that’s worth the download. 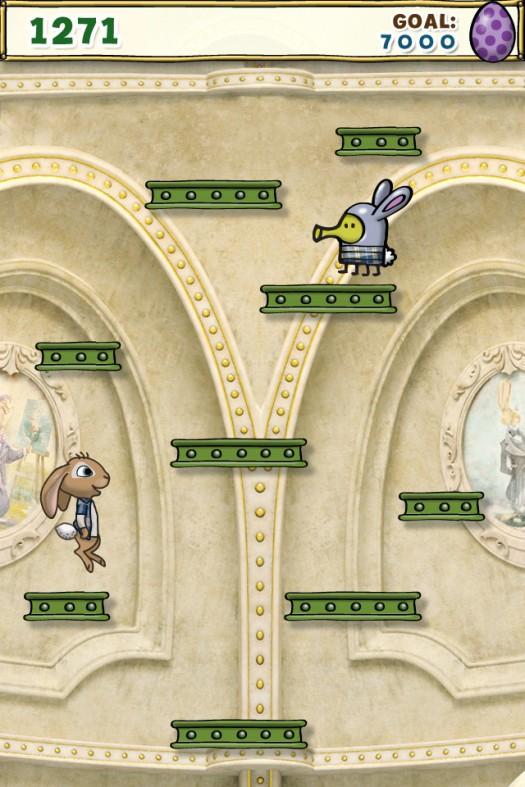 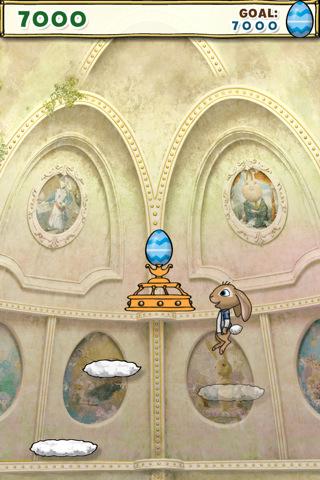 It’s also worth noting that Doodle Jump HOP marks another series first: iPad gameplay. While old school Doodle Jump fans have been waiting on an iPad release since the developers confirmed it was in the works last April, it looks like LIMA SKY has taken this opportunity to test out their iPad formula before bringing it to the core of their series. We’ve had the opportunity to try HOP on both the iPad and iPhone, and find that the bigger version works just as well as its littler cousin. The only thing worth noting is that aiming eggs can be a little difficult on the iPad with so much more screen space to cover.

Going from endless gameplay to structured levels is a big change for the Doodle Jump series, but it’s one that pays off. As fun as Doodle Jump has been over the past few years, a lot of gamers have been crying out for an update that added something more than just a graphical shake-up. Thanks to Doodle Jump HOP, they have that update. Now that Doodle Jump‘s developers are finally exploring gameplay outside of their comfort zone, it should be exciting to see what LIMA SKY comes up with next.