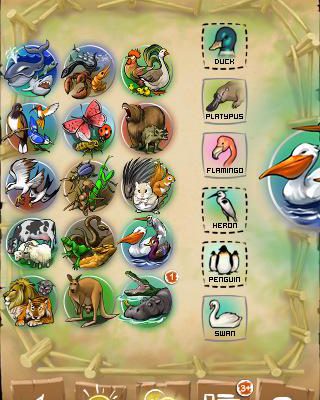 Combining things to create other things has been a blast since JoyBits first introduced us to the idea in last year’s Doodle God, but now, three games and countless updates later, can the appeal still really be the same? JoyBits sure hopes so – it’s a thought the developer is banking on with their latest release Doodle Farm.

Taking the basic gameplay of the two earlier releases in the series, Doodle God and Doodle Devil, Doodle Farm puts players in the role of animal breeder. The story tells of a different tale of creation than the one found in Doodle God. The lord almighty, feeling things on Earth were a tad empty, crashes a passing UFO full of creatures into our planet. He then tasks the alien aboard to take the role of farmer, breeding all kinds of new life on our previously desolate home world using the starting animals he crashed with.

From the moment you boot up the app, you know that things are going to feel a little more “down home” than all of that heavy heaven and hell creation of the series first two entries. The music has something of a country twang to it, and encouraging phrases like “Cowboy up!” and “Got’er done!” get bellowed by a lady farm hand with every new animal you create.

For the most part, gameplay here is largely identical to what’s come before. Players will need to create a set number of animals (at launch there are 137) by smooshing two different animals together. In previous games you’d be smooshing two elements rather than two animals, but the end result is just the same.

Still – despite following the well-worn path of its predecessors, Doodle Farm makes a few tweaks that improve on the overall formula. For example, there’s now a dotted line around animals that have no more combinations available, which helps to take a lot of the guesswork out of the game. Likewise, when an animal has a grey border that means it only has one combination left to go.

The game also features a new Wikipedia button. Once you discover an animal, tapping on the button (conveniently located next to your Facebook and Twitter post options) will take you to the Wiki page for that critter. This is a great little touch for information junkies like me, and it’s the sort of thing I’d love to see more games try to incorporate in the future. 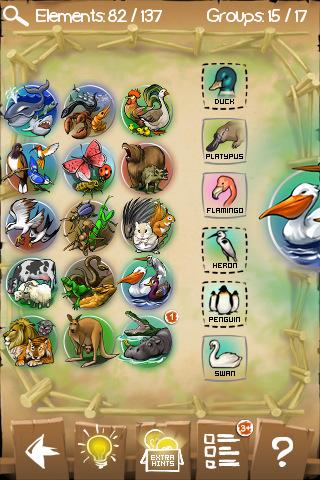 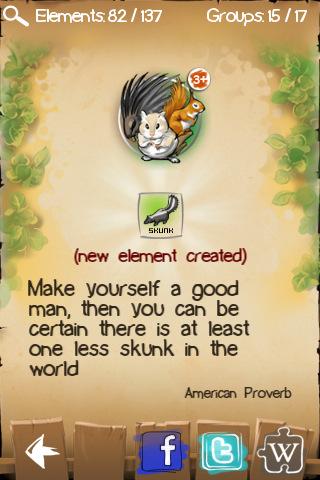 Unlike the previous games though, the creation of new animals feels a little disconnected from the combinations used to create them. While combining elements like sin and food might create gluttony in a previous game, I’m just not sure I follow the logic behind combining an ant and a mouse to make a cockroach. Some of the combos end up being a good fit, but so many of them feel random that it kind of takes the logic element out of play – and that’s something that made up a lot of the appeal of the previous games.

Still, despite this one noticeable step back, there are enough minor improvements to the formula that fans of the earlier games will be delighted to take JoyBits Doodle series for one more go round. The presentation is still top notch, the quotes are still witty, and the overall experience is still fun. There’s nothing revolutionary here, and if you’ve already grown tired of the formula there’s nothing in Doodle Farm that’s going to change your mind – but the rest of us will be happy we picked up our pitchfork and overalls to spend a day down on the farm.