Home / Reviews / Dominion Review: Worth the Wait, but Costly to Love

Dominion Review: Worth the Wait, but Costly to Love 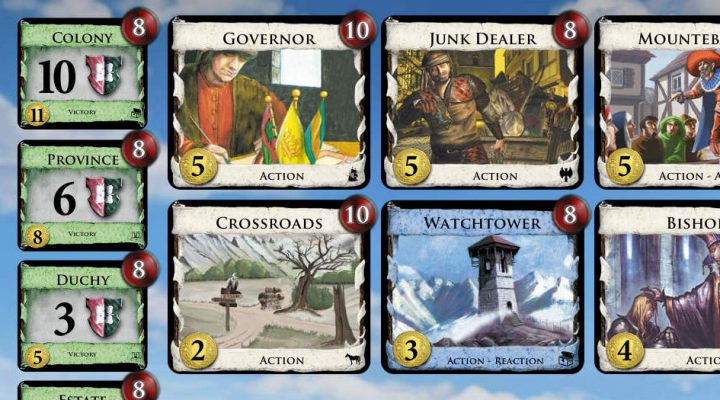 A nice digital representation of the physical card game

Plenty of card varieties to use even without expansions

Almost $90 if you want to buy all the expansions and promo cards outright? Seriously?

Okay, so, Dominion. It’s a very highly regarded card game that pretty much single-handedly (not an intentional card joke, I swear!) kicked off the “deck building” genre. The thing is, I’d never actually played it before. My introduction to this type of game actually came from Ascension: Chronicle of the Godslayer – and if you haven’t played that one before, you definitely should – which I think might have spoiled me because now that I’ve finally spent some time with Dominion I’m rather impartial to it.

This isn’t to say that Dominion (this version or the physical one) is a bad game. In fact, it’s a very good game. But the problem with being one of the first deck builders is that a lot of others have come after that have expanded on the idea. 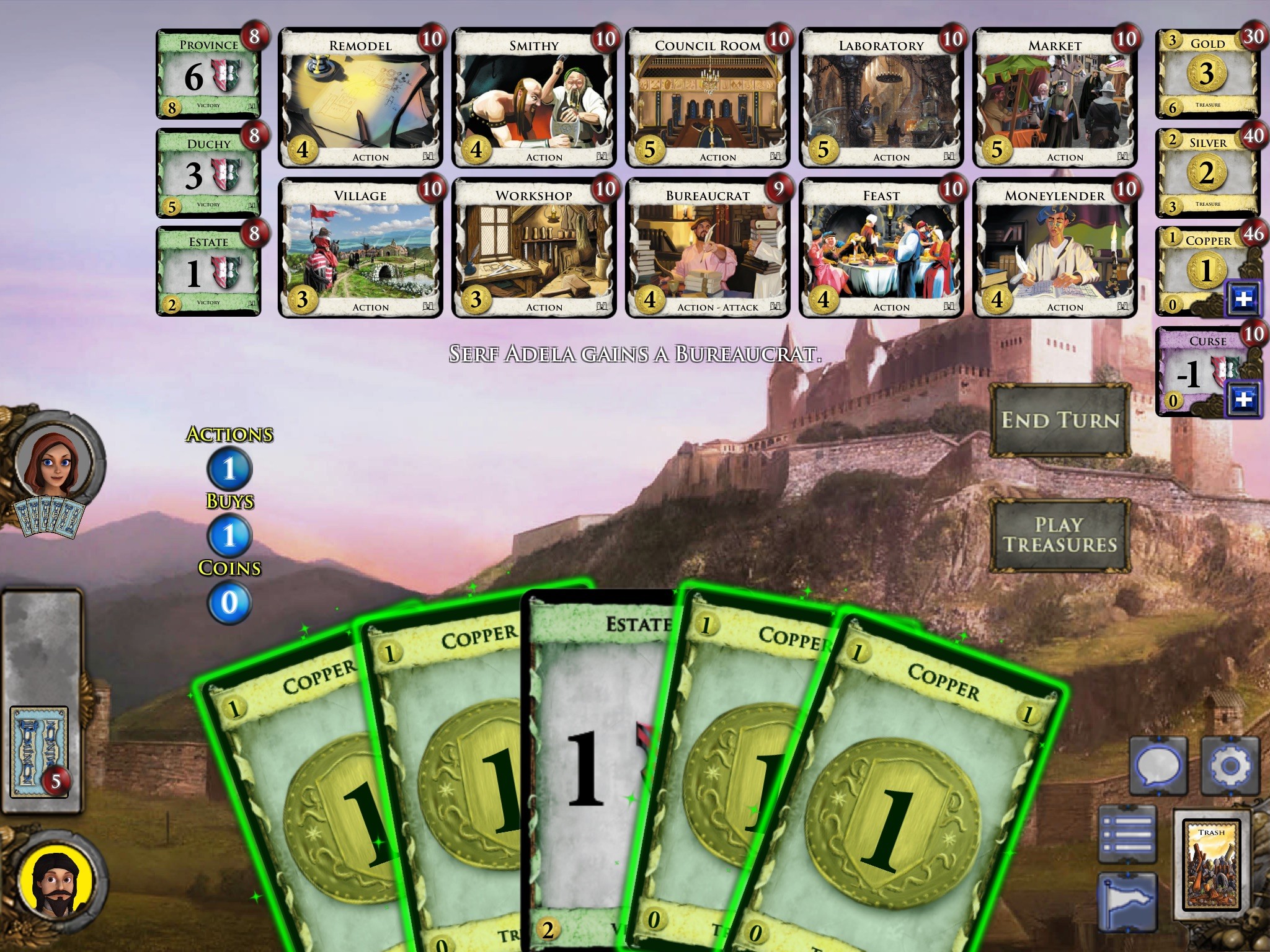 For the unfamiliar, a deck builder is a style of card game that cleverly captures the modular and customizable nature of collectible card games like Magic: The Gathering without actually making players collect any cards. Instead of creating a custom deck and playing against other people, all the cards you need come in a single box and everybody starts with the exact same deck of cards (aka a starter deck). The rest of the game (and a large part of the strategy) revolves around using the cards you have to acquire even better cards from a shared tableau. Then use the better cards to get even better cards, and so on and so forth until the game ends and whoever has the most points is deemed the winner.

To be fair, despite so many games that came after it further tweaking and refining the genre, Dominion still holds up very well. A big part of that has to do with how the cards you need to win end up conflicting with the cards you need to expand your deck. You see, there are basically three types of cards you can acquire: money, actions, and points. Cards with coins (i.e. money) are necessary to purchase pretty much every other card in the game, actions allow you to bend or even outright break certain rules for one turn (all are beneficial and some can even impact your opponents), and points do jack squat other than earn you points at the end of the game. But the rub is that you need points to win. But points cards are otherwise useless and just clog up your deck/hand. You see the dilemma here? 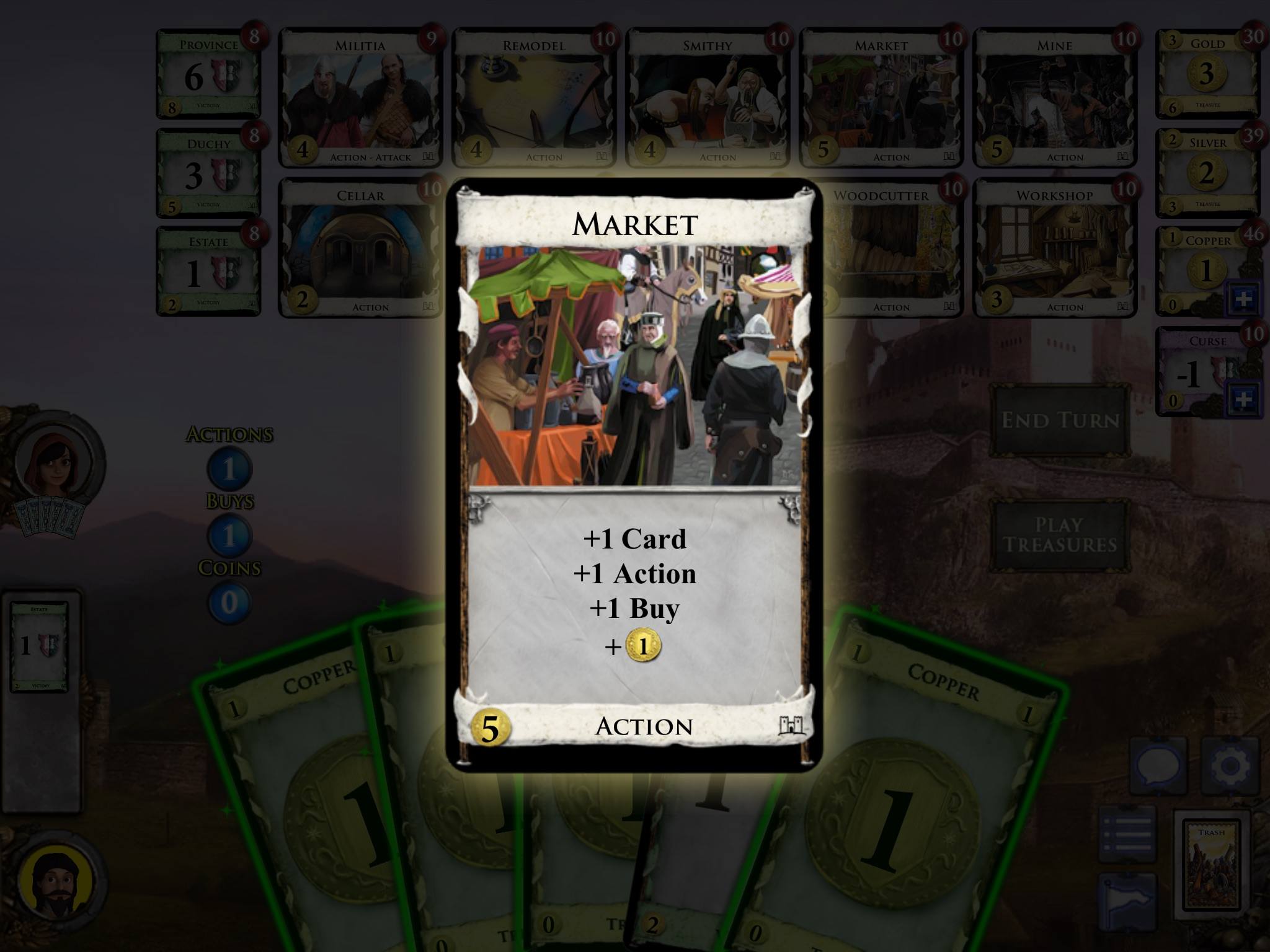 This core tradeoff element is what makes Dominion stand out to me, even after having played lots of other more contemporary deck builders. Another great aspect, even in the base free game, is that there are more types of action cards than you can use in a single game. Lots more, actually. Even after several games under your belt there’s still a very good chance you’re going to end up seeing cards you haven’t encountered before. The variety definitely makes for a highly replayable game, but not just because there’s new stuff to find.

What’s really clever about having so many types of cards to use is that there’s a staggering amount of interplay between them. For example, while point cards are pretty much useless until the end of the game, if you have a Cellar card you can use it to discard all those unhelpful hand cloggers and draw fresh cards from your deck. Or you could use a Garden, which gives bonus points the more cards you have in your deck, along with cards that allow you to make more than one purchase on your turn and try to balloon out your deck as fast as you can. There are a lot of possibilities here.

Where things start to get problematic is when you look at the expansions. Dominion has been around for seven years, and it’s had quite a few expansions in that time, which is fine. I’d even call having so many of them (plus promo cards) available in the digital version a good thing. However, it’s less good if you want to buy those expansions. Ignoring the fact that, rather than a straight up in-app purchase you have to instead buy Ducats (premium currency) and then spend those Ducats on the expansions, these expansions are costly. Anywhere from around $8 to almost $20 costly. Apiece. 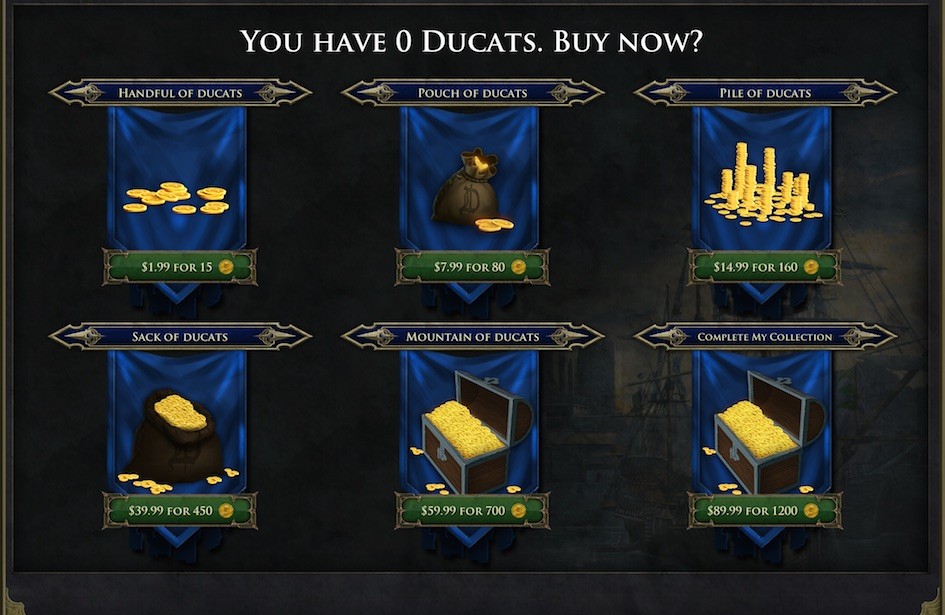 Heck, the promo cards are $2 per type. And if you want to buy everything all at once it’ll cost you close to $90. I get that it’s a board gaming classic, but those prices are kind of ridiculous for a digital game. Yes it’s cheaper than buying the physical versions of all this stuff, but come on. I know I keep making the Ascension comparison, but it’s another deck builder with lots of expansions, and those sets are at most $4 each. Heck, you can get a bundle of six (all but the most recent) for a grand total of $7. I mean seriously now. You’re not printing, storing, and shipping physical media here. Know your audience.

Dominion is still a good game whether or not you decide to get any of the extras. In fact, I highly recommend doing so if you like board games, card games, or deck builders. Just know that you’ll be paying through the nose if you ever decide to expand your set.

One Button Travel Review: Time to Take a Long Trip