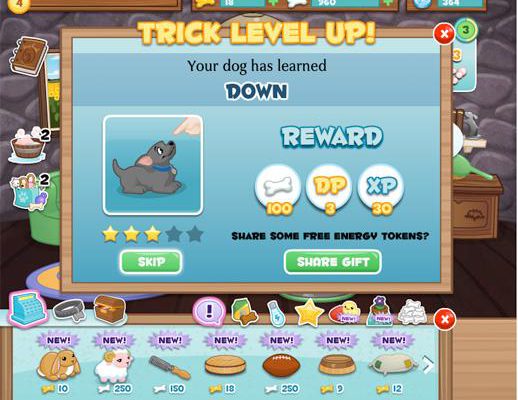 Dog Show Friends is fun, but its best features are still in the doghouse.

Can you teach the pet management genre new tricks? NBC’s The National Dog Show and Purina seem to think so, and they’ve released an adorable new Facebook game called Dog Show Friends to prove it. But before you pick it up, keep in mind that this puppy’s not fully grown. Since it hasn’t yet launched its eagerly awaited competition and trophy modes, it currently plays like a merely enjoyable, though standard, pet management game. The good news is that it does this well, and what we’ve seen so far bodes well for the changes on the horizon.

You begin by selecting a puppy from one of 13 breeds of dogs, ranging from dalmatians to dachshunds. After choosing a gender, a dominant personality trait, and a name, you’re free to pamper your prize pooch in a lavish customizable doggy mansion. If you’re so inclined, you can surround them opulent chandeliers and marble floors that would put Versailles to shame. 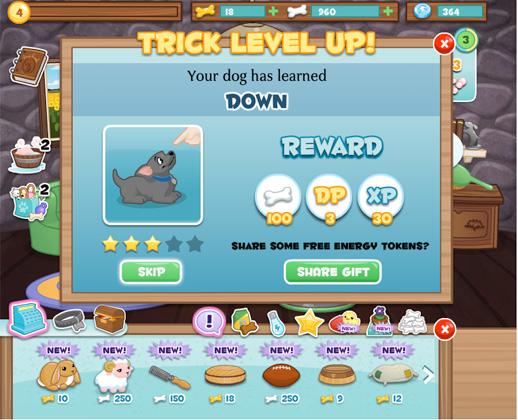 But remember, it’s necessary to train the pup to sit, speak, and everything else that delights the Philadelphia crowds since your pup was born for NBC stardom. And it’s rough work. After only a few training sessions with no hugs or romps with the squeaky toy, your dog’s happiness and energy plummet and the poor creature refuses to do anything without taking a nap to recharge his energy. You can keep your dog happy and active by petting it, squeaking toys, or giving it a quick wash, and your tiny energy bar lasts longer if you sprinkle these loving activities between training. And, of course, when your dog gets hungry (and they get hungry a lot), it’s time to cheer them up with a satisfying bag of stat-modifying Purina brand Puppy Chow or Pro Plan biscuits. Say what you want about Dog Show Friends, but it certainly never lets you forget its sponsors.

That’s about as deep as interaction goes for now, but we felt genuine affection for our pups while they leveled. Animations are precisely what you’d expect and want from a game like this, from pitiful stares when you’ve forgotten a meal to happy barks while you frolic, and the naps to recharge energy make perfect sense. Through it all host John O’Hurley narrates the game in his best National Dog Show voice, and the visuals strike just the right balance to appeal to multiple age groups. Social interactions at this stage simply consist of sending your friends gifts and visiting to clean up messes for rewards, but we suspect that more interactions are on the way.

To be sure, the best parts are yet to come. At some point in the future players will be able to enter their dogs in competitions with friends, and we suspect that winning will largely focus on using the tricks you taught your pup in the early stages. You’ll also get a chance to raise more than one dog and vie for trophies celebrating the best from each breed. There’s a lot of potential here and we’re excited to see what’s waiting in the kennel. 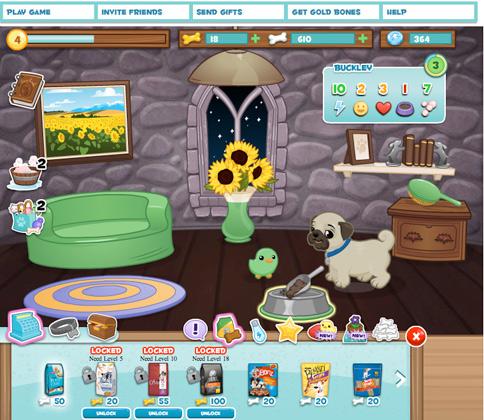 But if Dog Show Friends has a problem, it’s that the dogs run out of energy far too quickly. In addition, several tricks require purchasing items with golden bones (which require Facebook credits), though the fairly generous stash we received at the beginning more than covered our needs. Cost probably won’t deter most pet fanatics from a game this charming, but we wonder how long Dog Show Friends can keep players interested in its current state since the routine quickly grows dull once your pet learns all its tricks.

But if 4mm and NBC neglect to add the game’s best features soon, we fear they may find their one million monthly players barking up a different tree.

Back to the Future: The Game, Episode 2 – Get Tannen! Review