Does Not Commute Review: Highway Star 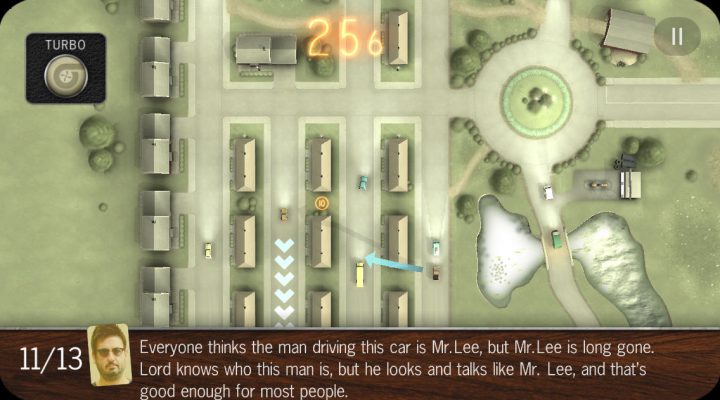 Running out of time means going back to the start of a level, which can be frustrating.

First truth: we know nothing about the people we share the road with, especially not the dude in the next car who’s picking his nose while singing along to a hip-hop remix of Rocket Man.

Second, everyone drives like a moron except you. You’re the only one who really knows what they’re doing, even when you crash into three lamp posts and skitter across the finish line at your destination.

Does Not Commute combines action, driving, and strategy, then serves it all up in a shell that resembles a game of Memory. Each level challenges you to guide several drivers to any one of several street exits using plain old on-screen controls. Simple, right? 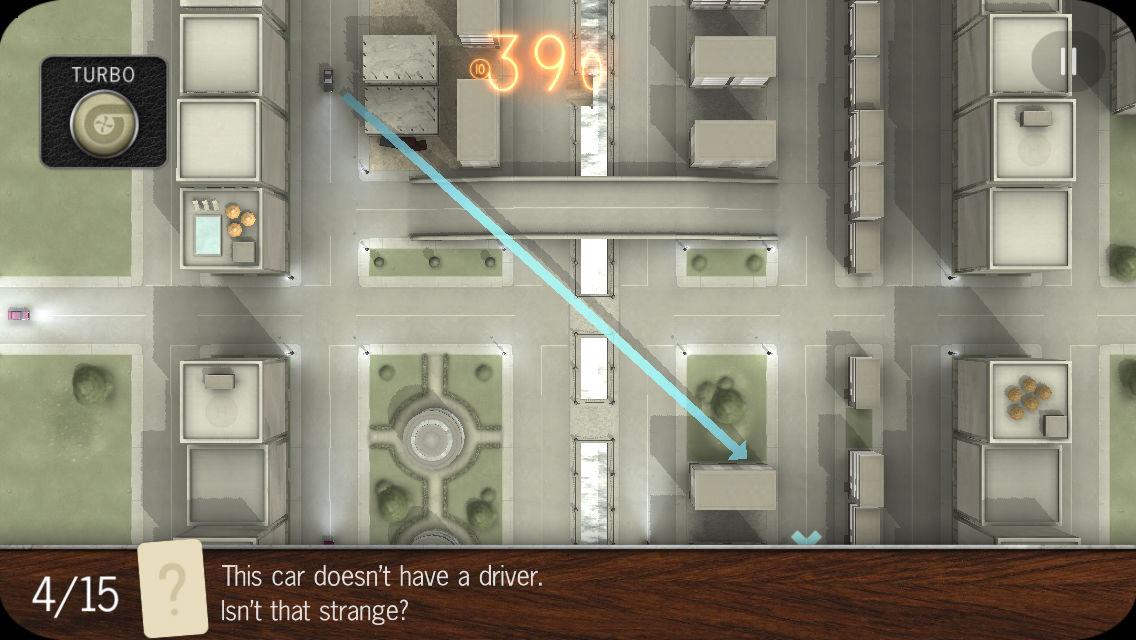 Not really. The spoor of each previous car trip lingers as you drive, which makes it necessary for you to weave in and out of the ghost-trails as you travel. If you smush your car up against another commuter’s windshield, or if you bash into any number of decorative street objects lining the curb, your vehicle slows down considerably.

The problem with that is you have a limited amount of time to get all your allotted commuters to their destinations. If you fail to get everyone home (or wherever), you have to start the level over.

There are ways to save yourself the agony of a do-over, however. If a certain trip isn’t going well, you can rewind, though doing so deducts a second from your total countdown. You can pick up coins that extend your time limit, and you have open access to power-ups that improve your car’s grip at the expense of your speed, or vice-versa.

Finally, you can open your eyes and scope out an area before you get down to business. Every level offers hidden alleyways and shortcuts that can make a commute go much more smoothly.

Thankfully, Does Not Commute is hilarious, which is what really keeps you coming back. Every driver you guide down the street has a backstory, and most of them just twisted enough to be an obvious exaggeration, but you still catch yourself wondering “What If?”, because life is absurd. 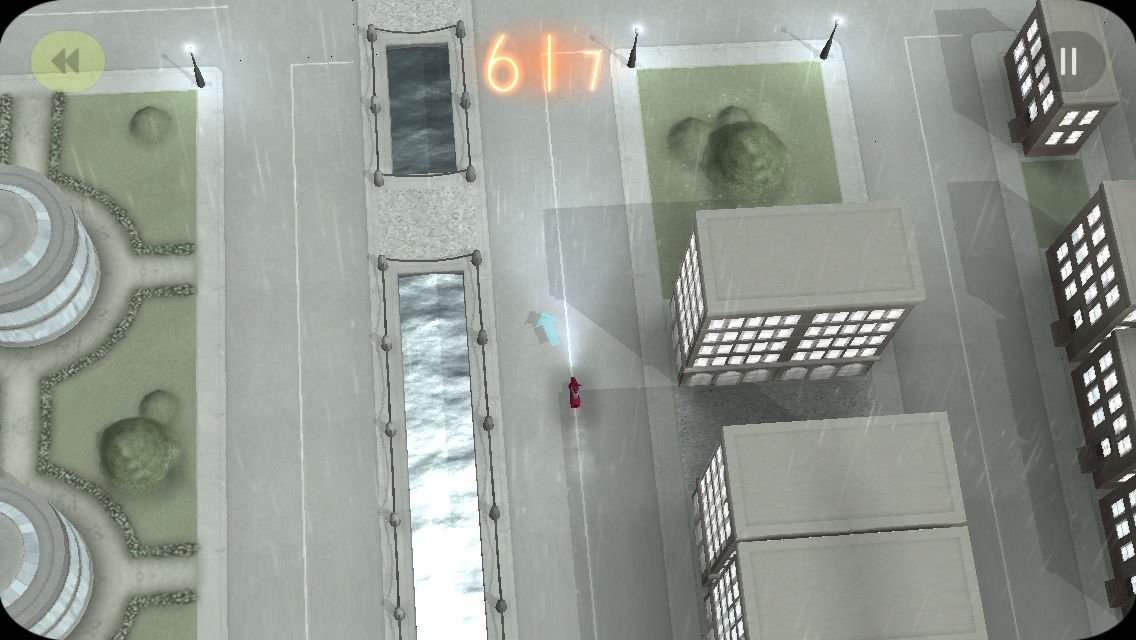 There are even continuing story lines. Who the hell is Mr Lee’s doppelganger? What did he do with the real Mr Lee? It’s not the same man. He’s even got Mr Lee’s wife fooled! Are you all blind?

Even if Does Not Commute winds up being a bit too repetitive for your tastes, you certainly won’t forget the time you spend with it. That’s high praise for any game on the hyper-crowded App Store.