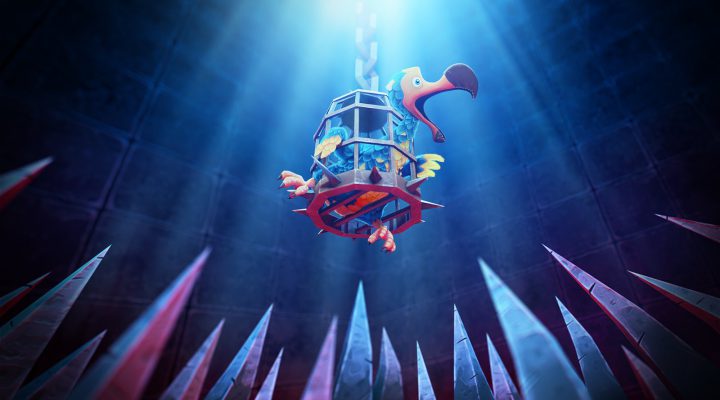 Is based on good, creative ideas.

Action can be hard to see because of dark backgrounds.

Controls aren't ideal for some of the more intense platforming sections.

As far as anyone knows, the dodo went extinct at some point in the 17th century. There are numerous causes behind the big bird’s death, including deforestation, predation from wild and domestic animals, and good old over-hunting, humanity’s own special talent.

But what if there’s more to the story? What if a dodo remained hidden away while her kind went extinct? What if she made her way back into the wild, along with her eggs? 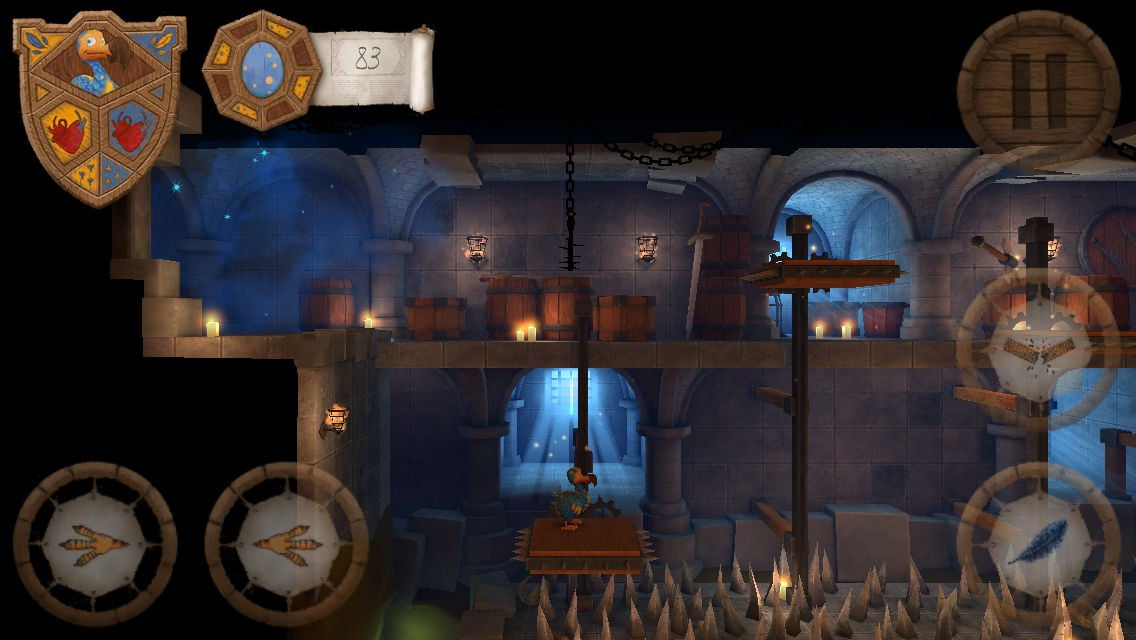 Dodo Master is an action / platforming game that’s all about the last dodo (or possibly the next-to-last dodo) fighting her way out of captivity. She must retrieve her eggs on her way out, presumably to bring her kind back into a world.

Thing is, Dodo Master is so punishing, you may as well give the dodo species up for lost. Unless you are somehow exceptionally good at games filled with brutal jumps and hard-to-see hazards, you’d better call off any hopes you had for a big dodo-meat  barbeque. 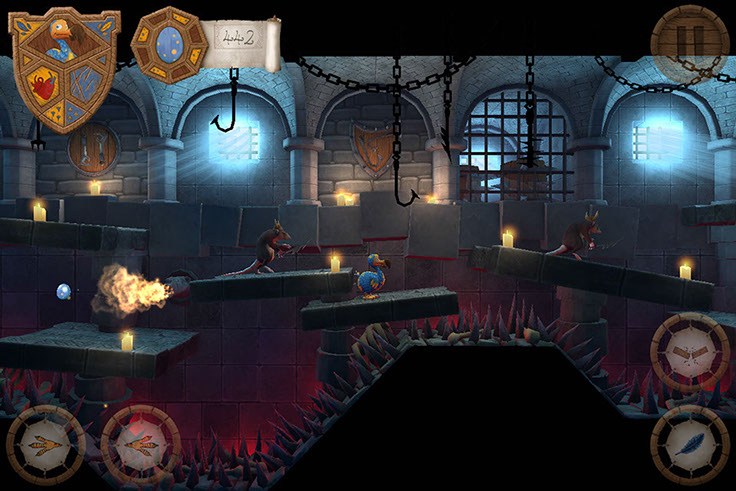 Dodo Master’s hub is a huge room filled with doors of all sizes, colors, and shapes. Players are granted permission to open any door at the start of the game, but must earn the privilege to unlock other doors by collecting eggs scattered across each level.

Dodo Master’s “Room of Doors” is the stuff of great fantasy, and really fires you up to play. Before long, however, you begin to learn what’s behind every door: The very end of the dodo species. Dodo Master is brimming with fire traps, buzzsaws, perilous platforms, and knives that scrape back and forth in search of some feathers to trim. There are also monsters on patrol, including spiders and blade-wielding rats.

Enemies are easy enough to dispose of: Dodo needs only jump on top of them. It’s the environment that’ll roast you. See, Dodo Master looks and sounds good. In fact, it looks fantastic. But the game’s lovely looks come at a price. Dodo is small on-screen, whereas the sprawling backgrounds are rather dark – and so cluttered that at times it’s very difficult to tell what’s a platform, and what’s merely decoration. The end result is death. Lots of it.

Some hazards are marked with red sparks, but given how you have to squint at the screen to see the action, it’s not much of a help. By the way, checkpoints in this game aren’t exactly close together.

Moreover, some platforms are quite tiny. And, like many mobile action games, Dodo Master is not perfectly suited for on-screen buttons. Making tricky jumps onto platforms that are barely as wide as Dodo requires precision, and while Dodo Master’s controls aren’t bad, neither are they pixel-perfect. 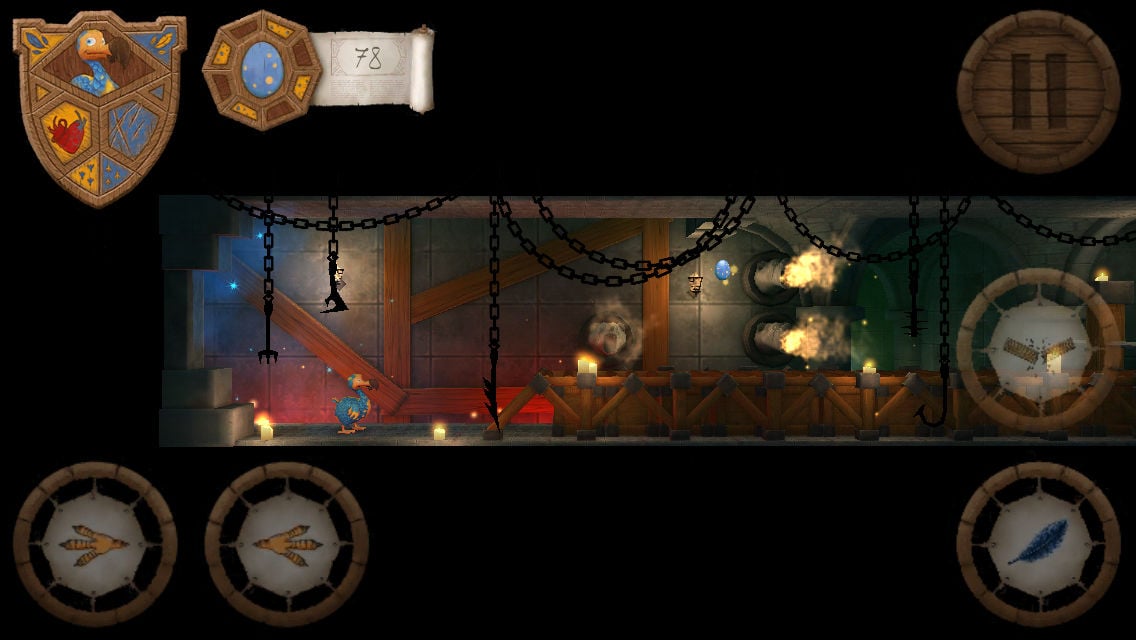 Yet, something about Dodo Master spurs you on. Maybe it’s the booming soundtrack. Maybe it’s the trap designs (knives on fire!). Maybe it’s the fact you’re playing as a fat-bottomed bird. Either way, it is possible to get a significant serving of fun out of the game – at least enough to drive you to try again after you die. Once trial-and-error teaches you what you can jump on and what you can’t, you gradually make progress.