Doctor Who: Worlds in Time Review 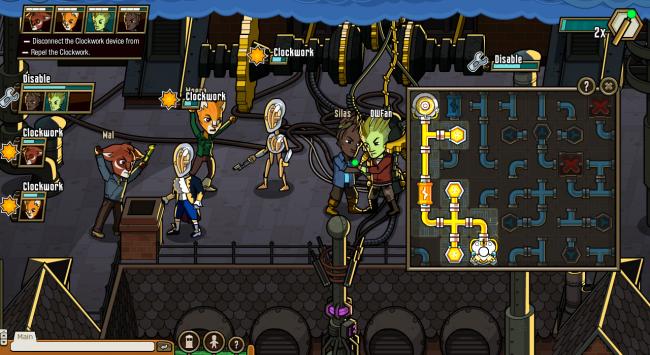 Step into the TARDIS for puzzle solving adventure in Doctor Who: Worlds in Time

Being British means I should automatically dabble in a bit of Doctor Who, or at least have an opinion on the long-running sci-fi series. Not to feed the stereotype, but to those two statements I say “I do”, and “it’s good fun”. So the idea of a Doctor Who online multiplayer game is something that definitely interests me.

Doctor Who: Worlds in Time is a lovingly-crafted, faithful take on the TV series, with the quirky feel of the show’s characters carried over to the Worlds in Time universe. Whether you’re a Doctor Who fan or not, this is a game you’ll no doubt want to check out, especially if you have younger children.

As you adventure begins, the Autons have taken over the world and beyond, and the Doctor needs help in fending them off and restoring peace. He can only do this by collecting millions of crystal shards that have fallen all over the universe, and so he has banded together everyone and anyone he can find to help him grab all the shards.

You are one such person, and after being pulled onto the TARDIS and given an explanation from the Doctor, you’re off to various locations to push back the Autons and grab all the shards you can find.

Worlds in Time is gorgeously presented, with comic-style visuals and an easy-to-use interface. You essentially click the name of anything you see to interact with it, and the surrounding social elements are simple to understand. The story, too, is great fun and really pulls you into the Doctor Who world, with dialogue that could easily have come from the TV show.

The gameplay follows a set sequence of events each time you play. You’re given missions, and each requires you complete a series of minigames to unlock pathways, battle bad guys, and power up machinery. These games include takes on Puzzle Bobble, match-3 games and grid-popping games similar to those seen in Knightfall: Death and Taxes.

What’s really intriguing is the multitasking elements to the game. You’ll be asked to both unlock a door and fend off hordes of incoming enemies at the same time. How is this possible, then? Simply by banding together with online players, and tackling separate tasks co-operatively. Two players can unlock the door, while the other two play a Tetris-style game and fight the baddies.

Progress bars are shown up the side of the screen, letting each player know how each separate task is going, and if, say, the Autons are overpowering the two players, one of the players unlocking the door can scoot over and help with the fighting. It’s a really great system, and makes you actually want to join up with people online.

If you can’t find players, or don’t want to play online, it’s not bother – you will be given three NPC characters as team-mates and these can be ordered around and told to do specific tasks. The system works just as well as with real players, and so gamers who are playing by themselves don’t need to miss out on the action.

There are plenty of customization options in Worlds in Time. Players can spend coins earned in the game to buy new clothing for their character, or buy furniture for their room in the Tardis. You can also visit the rooms of other people online and check out their layouts if you so choose. All of this is bound to please Doctor Who fans who want to make the world their own. 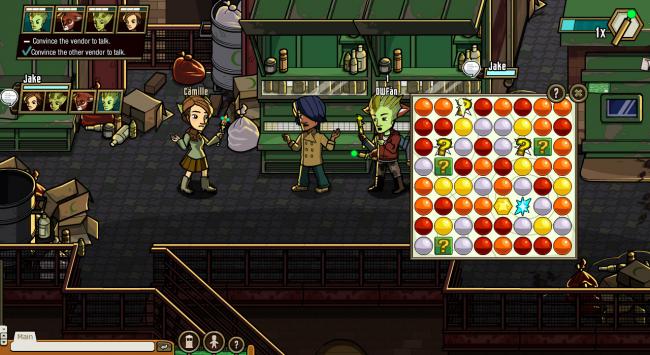 The game is free-to-play, and comes with some caveats that players should be aware of. Throughout play, you will gain Chronons, and these are used to take part in missions. If you run out, you either need to wait until more become available to you (it can take a few hours) or buy them with real money. We didn’t have to spend any money, and found that we could get enough enjoyment out of the game with the free Chronons, so that’s all good news.

However, you also need to spend real money to unlock certain powers and upgrades in the game – or at least, we think you have to. That’s because purchasing new powers is made incredibly confusing. It’s difficult to understand exactly what everything does, how you can go about grabbing each power, and which is better than others.

It can put a bit of a downer on play, as eventually we opted to simply buy whatever we could, no matter what the implications were. To be honest, we didn’t even really notice the positive effects of these upgrades, and the game didn’t seem to change at all. A better description of how powers work is definitely needed – if we couldn’t understand it, there’s not much chance children are going to have much more luck.

Doctor Who: Worlds in Time is a great adventure for both Doctor Who fans and social gamers alike, with hundreds of missions to play through and plenty of customization options. You can give it a play for free from the official website.