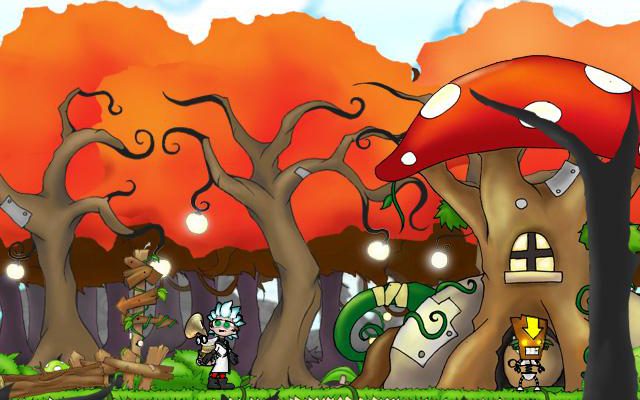 We do love a good comic duo in our video games, especially when one is wearing the other like a backpack. Following in the footsteps of the likes of Banjo-Kazooie and Ratchet and Clank, Doc and Sack are ready for an adventure full of puzzles and sarcasm in Dock Clock: The Toasted Sandwich of Time.

Doc Clock: The Toasted Sandwich of Time is as inventive as it is humorous, providing clever gameplay based around the assembly of bridges, vehicles and a time-machine. The controls can feel a little awkward at times, but there’s easily enough wit and variety available to make this a worthwhile experience. 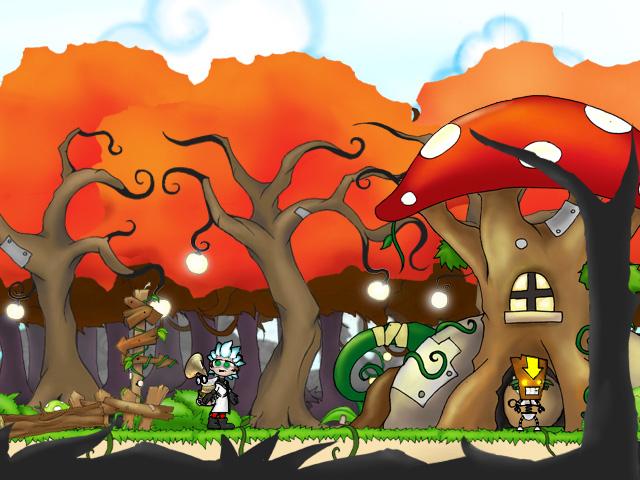 The story is a rather unconventional tale – Doc Clock is messed around in his lab one day, when he accidentally turns his beloved pet cat into… a cactus. The Doc then builds a time-machine so that he can go back and stop himself from morphing his cat, but manages to go forward in time instead and ends up far into the future. Having lost his time-machine, he must traverse dangerous surroundings to collect all the pieces and go back to the correct time again.

As if that wasn’t crazy enough, Doc also has a talking bag called Sack that comes along for the ride, and insults Doc’s stupidity all the way. The back-and-forth banter between Doc and Sack is genuinely amusing, and we found ourselves reading through every single conversation they have without skipping a single line. At the end of each level, there’s even a counter to show how many times Sack insulted Doc. 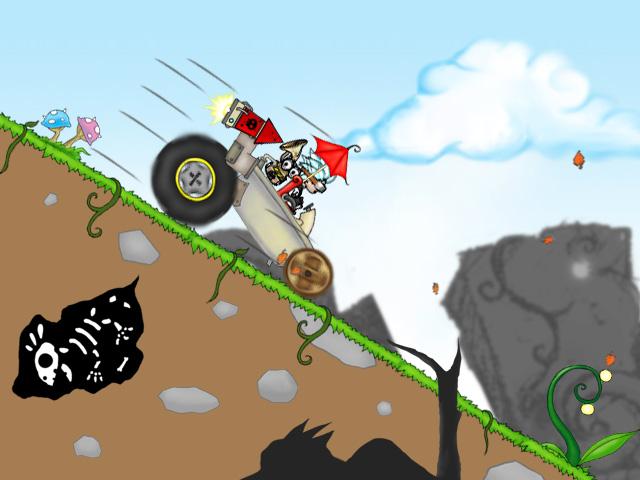 The gameplay is a mix of building block style progression and elements similar to indie classic Braid. Doc can grab objects and store them in Sack, then use a combination of items to build bridges over spike pits and open doorways. Later into the game, you’re also able to build vehicles and put the car parts in any positions you like. Building your way to the goal is really engaging, and you’ll spend a decent amount of time simply messing around with your abilities.

Apart from building, Doc can also rewind time. At any point – including when Doc has come a cropper – the player can simply move a slider to the left, and every move previously made will play in reverse. It’s then possible to stop the action at any point and press play to continue from there. You can definitely feel the Braid inspiration shining through, and Stickmen Studios has pulled it off very well indeed. 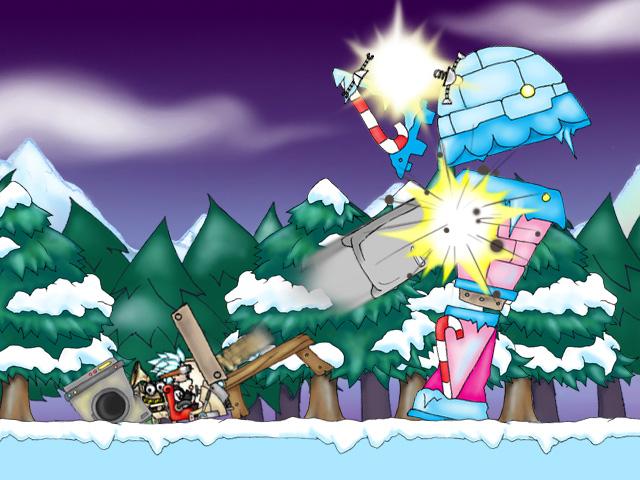 We’d be able to give Doc Clock a glowing review, were it not for the somewhat awkward controls and collision detection. Putting objects together is a doddle, but once you’ve stuck them all together, there does not appear to be a method for picking them all up together too – hence, objects cannot be built and then moved into position, and instead need to be built immediately over the obstacle, which can prove very tricky in certain areas.

Doc can also be a troublesome guy to maneuver. Sometimes he’ll begin to climb an obstacle, then suddenly start slipping and going into a falling animation loop. Other times you’ll build a bridge over some spikes, only to see Doc push the bridge and fall through the gap. Being able to quickly rewind time and fix the problem makes it more bearable, but there’s still a lingering element of frustration.

Doc Clock is really clever stuff, bursting with personality and neat ideas. A few little niggles here and there mar an otherwise cool and sophisticated indie release, and one that you should definitely considering delving into.