Home / Reviews / Do Do EGG! Review

Do Do EGG! Review 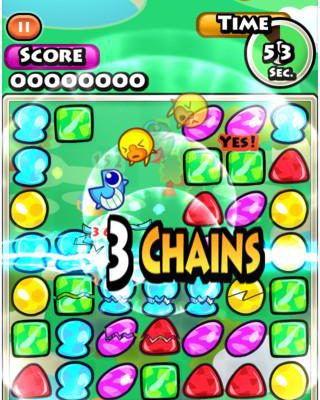 Do Do EGG! is a fun puzzle game that’s marred by a terrible pricing structure

At first glance Do Do EGG appears to be a typical match-3 puzzle game, but luckily for those of us who’ve played more than their fair share of match-3 games, this isn’t the case. Like any good puzzle game, Do Do EGG takes what’s familiar and just twists it a bit to force us into thinking a little differently, using our tried and true puzzle game prowess in a new way. Unfortunately there’s also a catch to this otherwise enjoyable experience.

In Do Do EGG you’re presented with a grid of different colored eggs that you need to clear to let other eggs fall down into their places, which is pretty standard. It’s how you clear those eggs that gives the game its value. You’ll need to connect two like colored eggs by drawing a line but with two eggs in between them. So you can start on a yellow egg, draw through an adjacent blue and green one, then end on the yellow one and let go to clear them and score points.

The real key though is to chain them together and score big. So after making that first connection you need to keep drawing that line through 2 more random eggs then onto another yellow one. It’s satisfying to chain together half the screen (or more) clearing tons of eggs at once.

Like most decent puzzle games like Tetris or Bejeweled, you’ll start to notice helpful patterns of pieces that fit together well. Pieces at each other’s corners are no good, for instance, since there’s no way to get to it in the required number of moves. Recognizing those good patterns and stringing as many chains together as possible leads to a fun experience that I’d describe as fast paced but methodical.

In addition to the regular game there’s also a puzzle mode where Do Do EGG gives you a specific setup that you try to clear in as few moves as possible. However the challenge here was a tad disappointing. Of the games initially included 20 puzzles, only about 6 gave me any trouble at all in getting the 3 out of 3 stars first time though. The puzzles that I “struggled” in were solved in about 10 seconds each and gave me two stars, so not far off the top target.

While I’ll admit they do serve as a good tutorial to learning some of the connecting concepts of the game, maybe they should’ve called these a tutorial instead of passing it off as a puzzle mode.

Unfortunately there’s a pretty catch to this “not really match 3 but still looks like it” fun little puzzler. Buying the game gets you a single player mode, multiplayer and 20 puzzle levels. But you’ll soon learn that, in addition to what you’ve initially paid for, the game wants to sell you 80 more puzzles and different single player modes. If you think that sounds like you need to buy the game twice, well… you’re kinda right. 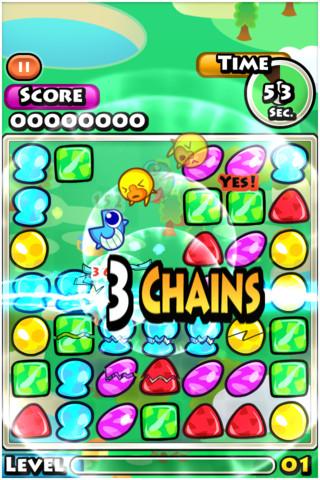 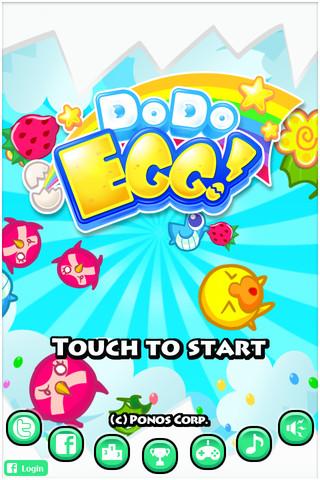 Buying a game, and then having a good chunk of it hid behind another paywall is a little insulting. I’m not against in-app mini purchases, but you feel like you’re being taken for a ride when the game costs money to download and then asks for more to unlock all of its content. If you want to go the in-app pay route, then make the game free. Do Do EGG took the worst path and makes you pay on both ends.

The bad taste left in my mouth after playing Do Do EGG is unfortunate, because it really is quite a fun little game. But you’re constantly bumping up against the paywalls they put up, and even after paying you’re still forced to endure their banner ads for other titles. If none of that bothers you then have at it, but there’s just a side of me that doesn’t want to reward this behavior. Either make it free with in-app purchases, or charge for everything once up front. Developers have got to choose one or the other.