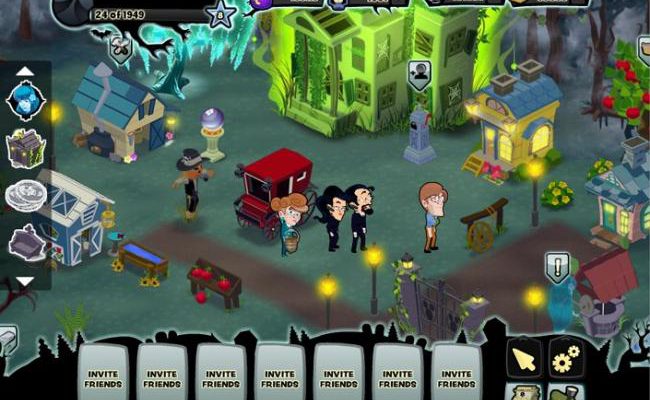 Disney’s Ghosts of Mistwood is charming, but lacks some spirit

People in Mistwood have a terrible habit of accidentally locking themselves in mausoleums. I pulled away some brambles to find two snooty property managers locked in one, and further exploration revealed a self-styled ghost hunter and a writer hanging passing the time two others. I’m here primarily because my rich aunt’s gone missing from the haunted family estate in Louisiana, and if this motley trio’s at all representative, I think it’s safe to say the poor woman’s probably locked in a mausoleum herself. They should probably put warning signs on those things. 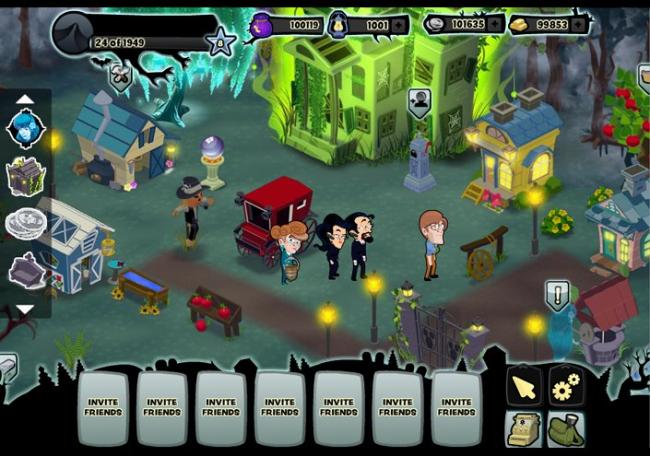 Most of Disney’s Ghosts of Mistwood revolves around discoveries like this, and the artwork revels in a Disney-meets-Scooby Doo vibe that works well for the subject. That dash of character is welcome, since the core of the game relies on all-too-familiar social elements such as clearing dead trees and brush from the spooky Mistwood Estate and building workshops and raising crops. At this rate, I’ll have a whole city built before I find my aunt, and I can’t say she’ll be happy to know that I’ve been busy arranging potted plants and shuffling around park benches while she’s presumably in the clutches of the evil lord who taunts me on occasion. In my defense, my lock-prone companions told me the estate needed these little touches in the meantime.

They’re such a helpful bunch, too–even the Landers, whose Bluetooth devices and fitted suits might lead you to believe they’d rather do anything besides plant an orchard. Rather than leaving the dirty work to me, the Landers, the writer, and the ghost hunters all roll up their sleeves and help me with the necessary tasks, which means that it’s possible to have six or so NPCs crafting items, uncovering surprises in the brush, and working forges all at the same time. Manage your tasks properly, and you’ll almost always have one of them on hand for a project. There’s also no energy bar, so you don’t have to worry about having your gameplay interrupted if you have the resources to continue. 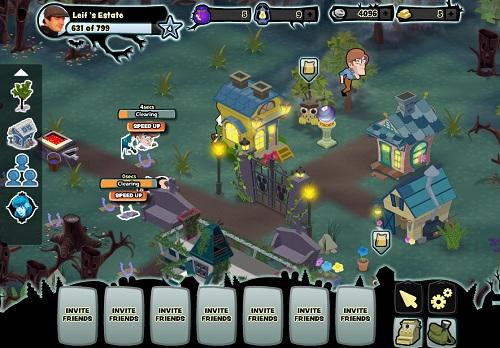 But it’s those resources might prove troublesome for some players. As early as level 4, I found my quest log filled with quests that required intervention from other players to continue. One essential plot item required obtaining a purple ribbon from a Facebook friend, which effectively meant that I couldn’t continue my search for my beloved aunt without it, and another asked me to assist a friend’s estate in some way five times. Predictably, I could lay down some premium currency if I wanted to skip some of these steps, but it’s obvious that Mistwood would suck your credits dry if you used this option at every turn.

The spirit-filled narrative itself starts out well, but quickly loses steam. The appeal of finding white-collar office types in mausoleums is a fleeting one at best, and all the loving attention given to orchard tending and construction seems a little out of place when there’s a family member in danger. Mistwood also makes a major leap from requiring only five or so seconds to complete some tasks to taking over an hour to complete the same ones at higher levels, an approach that limits gameplay to short bursts while you assign everyone a task before quitting again. It’s an approach that’s likely meant to counter the convenience of having multiple helpers, but one that drives players away from the game for too long.

Still, Mistwood isn’t a bad game, but you’ll need to bring along some friends to get the best out of it. Its Disney moniker seems out of place on a game that’s fairly formulaic despite hints of that fabled Disney storytelling charm, and you might find its calls for premium currency a little heavy handed after an hour or so. Just keep in mind that your interest might wear thin long before you ever find your aunt, but at least you’ll have some gardens and shacks to show for it if she ever does turn up, right?