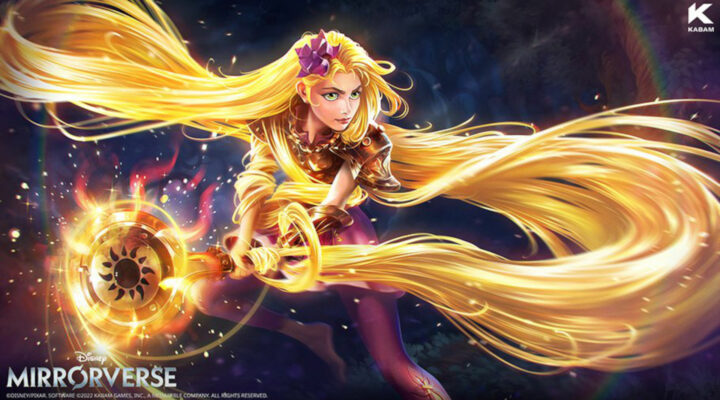 You can buy heroes outright

The multiverse is all the rage these days, thanks to Marvel’s recent foray into dimension-hopping madness. Well, it seems parent company Disney has paid attention to the success of the idea, and has decided to supplant its own round of heroes into this chaos. But is it any good?

Enter Disney Mirrorverse, a brand new gacha RPG that takes place across numerous dimensions. The eponymous ‘Mirrorverse’ is Disney’s take on the multiverse, with your favourite Disney heroes popping in from other dimensions seemingly changed.

Mickey Mouse is the Doctor Strange of this universe (of course!), decked out in wizardly robes. Presumably he’s trying to fix whatever madness has ensued. We wouldn’t know – the story isn’t particularly engaging.

Between chaotic battles, you watch a quick cutscene filled with drab dialogue – including a catastrophically bad impersonation of Jack Sparrow. We were actually grateful that there was no voice acting.

As you progress, you unlock many of your favourite Disney heroes – though many are not as you remember them. Rapunzel is decked out in armour wielding a golden pan, while Sulley punches enemies into dust and blocks their attack with a giant shield. Scrooge McDuck, meanwhile, has a pretty awesome cyberpunk-themed outfit, though we can’t tell you what look Gaston is aiming for. Make sure to check out a complete list of ‘Guardians’ in our Disney Mirrorverse tier list.

We should add that you don’t simply unlock these characters. Rather, you collect the premium currency – orbs – and summon them gacha-style. We haven’t put hours into Disney Mirrorverse just yet, but free orbs are few and far between. However, a feature we did appreciate was the ability to purchase heroes you want outright, for not much more than the price of a single gacha pull. Make sure to grab some freebies in our Disney Mirrorverse codes list to help you.

You can’t purchase any hero you want though, as they arrive in the store as ‘Featured Guardians’. These are always on a timer, so you need to save up and purchase them before they vanish. Or, you can spend some cash on them. This is where Disney Mirrorverse isn’t so friendly. Each time we play, we encounter numerous pop-ups begging us to spend our cash on disguised ‘deals’. If you’ve played a gacha before, you’ll be familiar, but, if you value your wallet, be careful letting your kids play unattended. They’re very on the nose.

Let’s talk gameplay though. This is where Disney Mirrorverse disappoints the most. You progress the storyline by taking on chapters, which are broken down into levels. Each level is basically a series of combat sequences, which play out in real time. That’s pretty novel for a gacha, which typically draw inspiration from classic Final Fantasy-style turn-based battles.

The controls are super simple. You move your character via a virtual joystick on the left, and attack by jabbing your thumb at an attack button on the right. Hold it down, and you’ll perform a power attack. There are also virtual buttons for special abilities, and you can quickly slide your thumb over the joystick to dodge attacks.

Despite the simplicity of the controls, we still found them a bit fiddly, and occasionally unresponsive. In the heat of battle, pulling off a dodge is essential, and many times our input would fail to register. The same goes for heavy attacks, which have a handy knack of knocking opponents down.

But it doesn’t really matter, as once you’ve beat chapter one you’ll put the game on auto anyway. While better than many gachas, the gameplay still isn’t particularly engaging. It’s easier just to let your characters grind away while you’re doing something more interesting in real life.

Though, the one aspect that gives us pause for thought while writing that sentence is the visuals. It’s no exaggeration to say that these are some of the finest we’ve seen on the platform yet. They are absolutely stunning, with the character models in particular excelling. At times, it really does look like a Disney movie come to life.

So, do we recommend Disney Mirrorverse? Well, it’s a pretty stunning adventure that varies up the typical gacha gameplay with some engaging real-time combat. Control issues aside, of course. However, it’s still a gacha, and the usual issues apply. It will ask for your money at every available opportunity, and will skimp out on the freebies. Expect to grind if you want to progress – if you can at all.

In fairness though, we do appreciate that you buy the heroes you want outright, even though they’re on a timer. That will take the random element out of it, even if you have to play the waiting game to get your favourite hero.

Overall, we feel pretty positive towards Disney Mirrorverse. Despite the flaws inherent with the genre, this is bristling with high production value and varies up the gameplay nicely. It’s also, honestly, just a joy to see collect your favourite Disney heroes and watch them fight alongside each other. 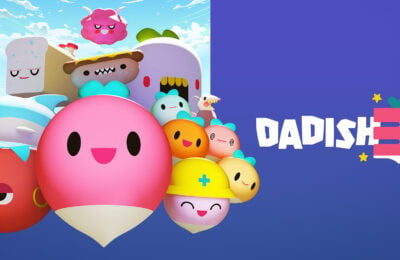