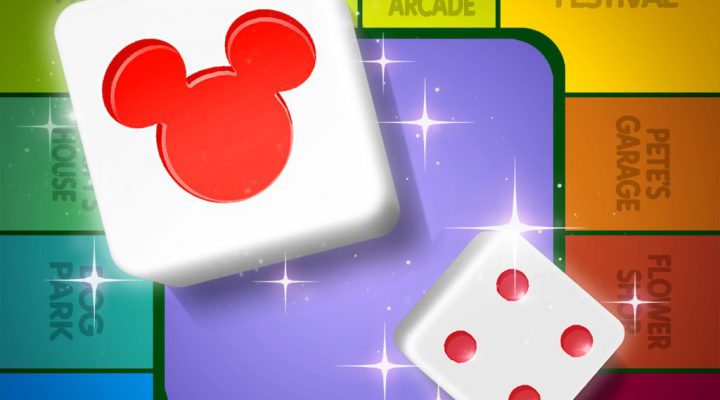 Fast rounds mean it's not a daunting undertaken.

Gives players some control over their own luck!

Can take a while for the dice to load after the turn clock starts.

Some players might miss the social interaction found in other casual games.

There are two types of families in the world. There are families that somehow can make it through an entire game of Monopoly intact. Then there are normal families, those that abandon that most ubiquitous of family board games once everyone starts to cry. Disney Magical Dice: The Enchanted Board Game offers a twist on the classic Monopoly format that looks to make finishers of us all.

The action in Disney Magical Dice takes place on a board similar in look and feel to the classic Monopoly game. There are squares of various colours which it’s your task to purchase and build on as part of your quest to dominate the board and with it the game.

Every time your opponent lands on the squares you’ve purchased, they owe you rent. The amount of the rent will depend on far you’ve developed the square. If they want to avoid the rent payment they’ll have to fork up double its value to scoop the property out from under you. However, it’s important to keep in mind that the reverse is also true. Land on a square that is owned by your opponent and it’s you that has to pony up. The game ends when there’s only one player left standing – everyone else has gone bankrupt. 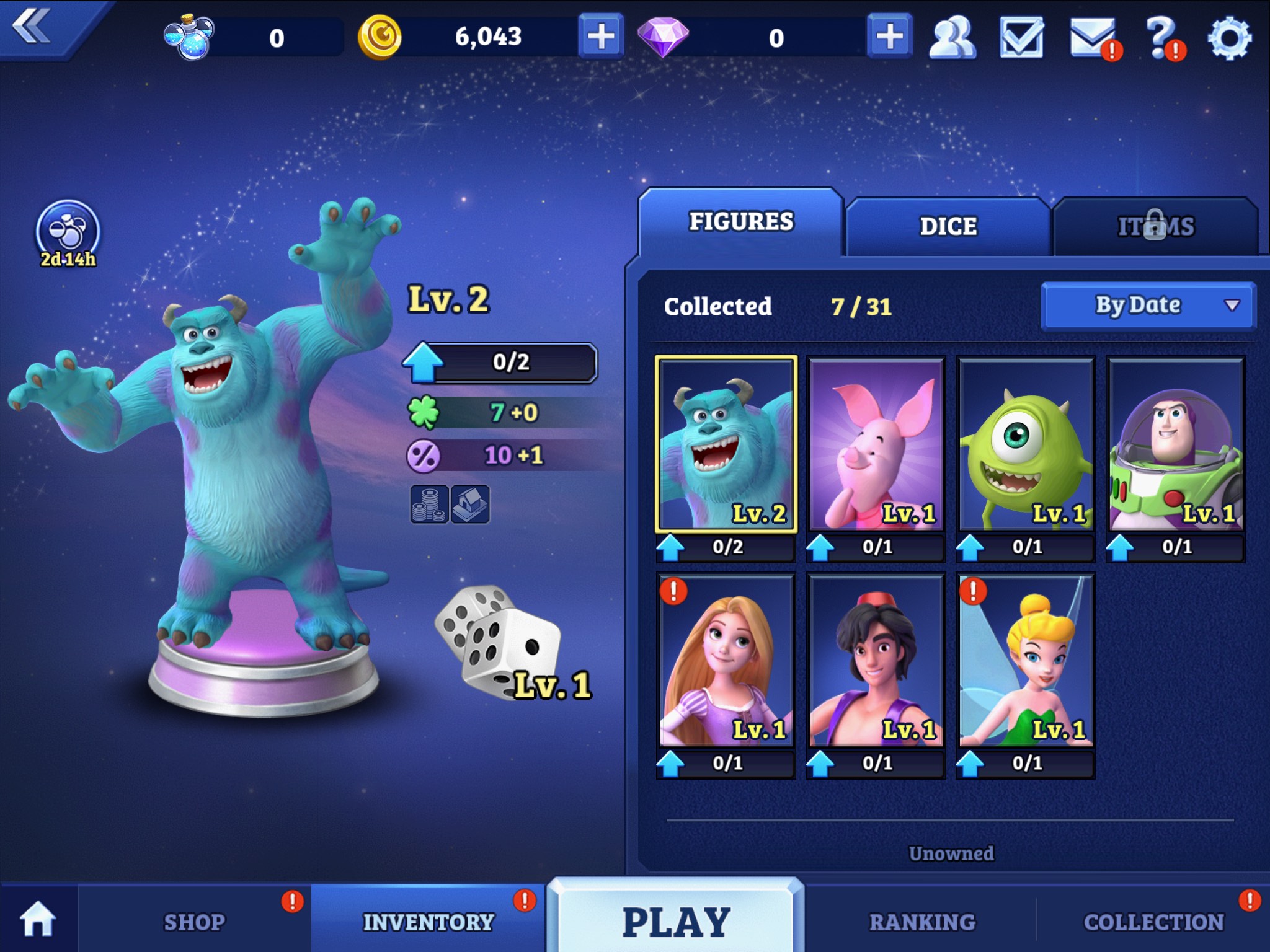 For a game that depends on total annihilation, it moves quite quickly.  The game board is rather cozy and it’s easy enough to do a lap in three turns if you’re consistently shooting for higher numbers. Peter Pan’s flying ship, along with some other magic tricks in the game can help you speed around the board even faster, important not only for scooping up property but also for the generous 750 coin reward for each lap.

Taking advantage of the digital platform, Disney Magical Dice is able to offer some things that a traditional board game cannot. The most major of these is the magic roll. Unlike rolling traditional dice where the outcome is as close to pure luck as one can get, in Disney Magical Dice you can sometimes control the outcome. At the beginning of your turn you can ‘load’ your roll so that it’ll end up in a certain range if you luck into a magic roll, with the odds of having a magic roll dependent on the luck of your figurine. 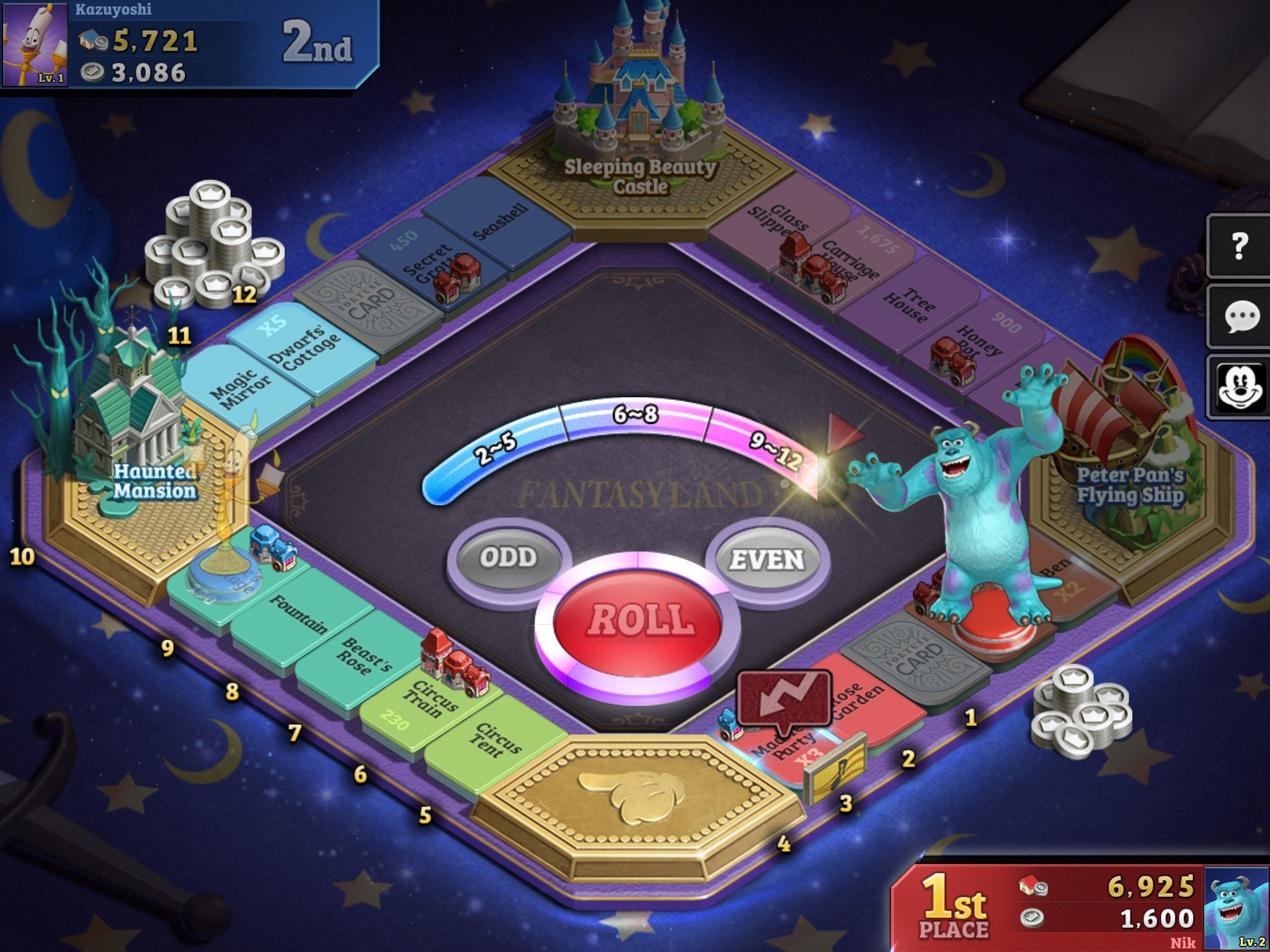 For younger players, one of the most interesting aspects of the game will be collecting all of the available figurines which will allow players to switch between their favourite Disney characters. As you progress through the game it’s also possible to unlock and collect additional dice sets which have their own special magic.

For older players, it’ll likely be the speed of gameplay that’s most impressive. Unlike traditional Monopoly which can drag on for hours (though it can feel like months), it’s rare that a round of Disney Magical Dice will last longer than 5-10 minutes. If you’re interrupted or get bored, it’s also possible to slip the game into autoplay mode temporarily so your figure doesn’t miss a beat. 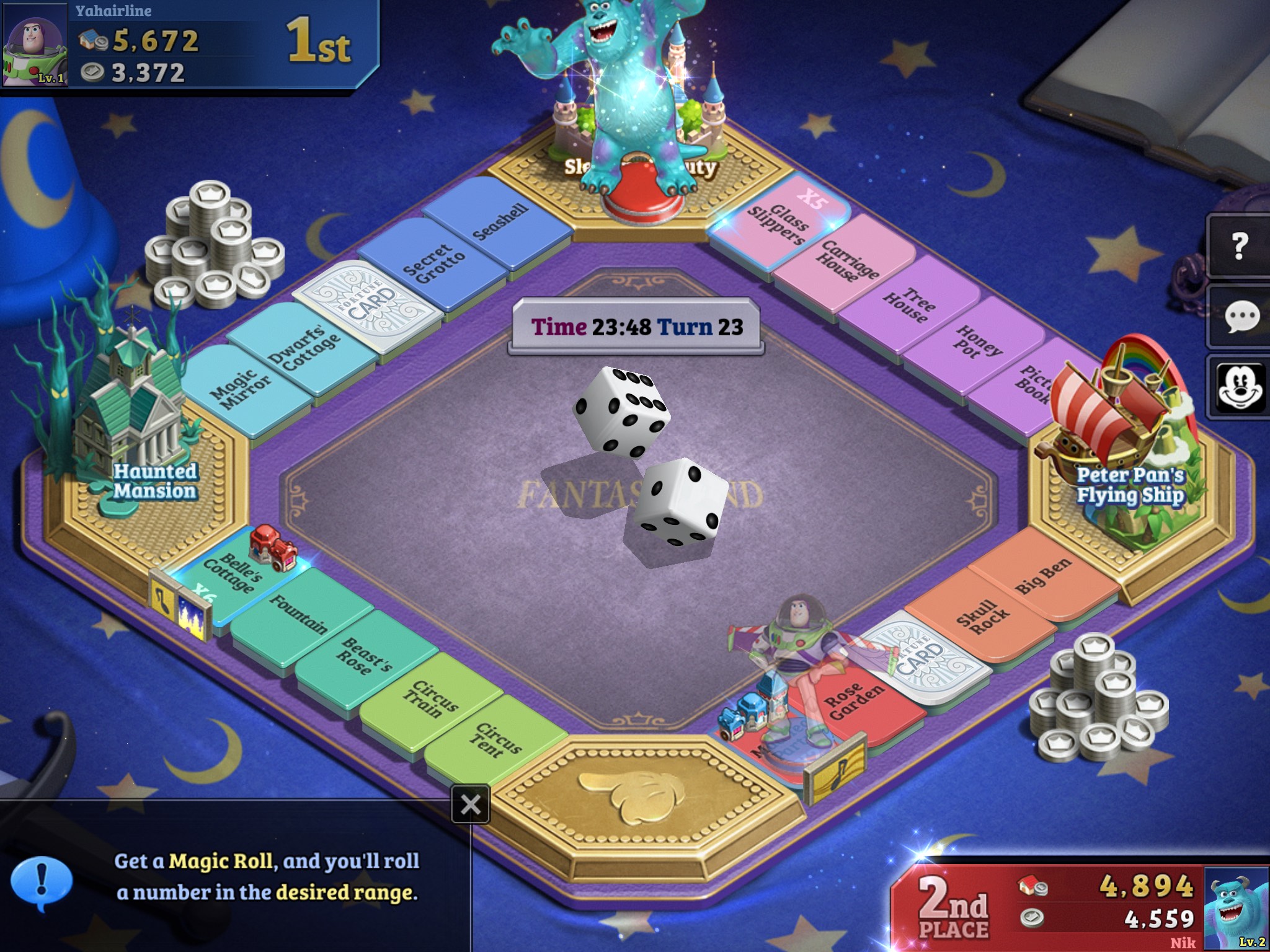 Disney Magical Dice is a game intended as much for children as it is for adults and because of this it does without much of the social interaction that’s found in other causal games. There’s no chat. No in-game option to livestream your gameplay. In a market saturated with games that want you to make friends while you build in-game empires, it’s a nice change of pace. Sometimes silently playing with a stranger halfway across the world is more than enough when it comes to human interaction.

As much fun as Disney Magical Dice can be, there are some performance issues. With a time limit on how long you can take to take your turn, that there is sometimes a lag between the appearance of the clock and the dice can mean seemingly skipped turns and being catapulted into autoplay when you’ve got your fingers at the ready. It might just be the servers trying to cope with the demand for the title, but it’s something that needs to be addressed if players are going to stick around.

Overall Disney Magical Dice is a nice end of summer distraction. Alleviating much of the pain that comes with traditional Monopoly-style games it’s one of the rare games that puts 6 year olds and their parents on a totally even playing field.