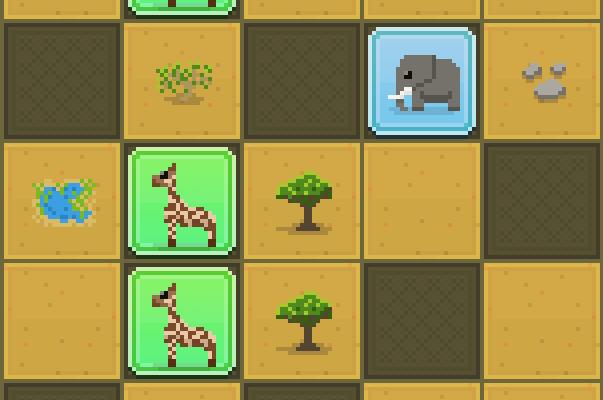 In the world of free-to-play, popular game styles seem to come in waves. After FarmVille, every Facebook developer went through their farming phase. After Social City, every social gamemaker thought they could make the next SimCity-lite. And back in those early days – wedged somewhere between virtual pets and restaurant simulations, the social scene had a brief but noteworthy obsession with treasure hunts.

In a nutshell, games like Treasure Isle and Ruby Skies had players “exploring” a piece of land by clicking on different squares in an attempt to find all sorts of goodies. It was simple to the point of silliness, but it also managed to have that “just one more time” hook that only the most popular free-to-play games can muster. 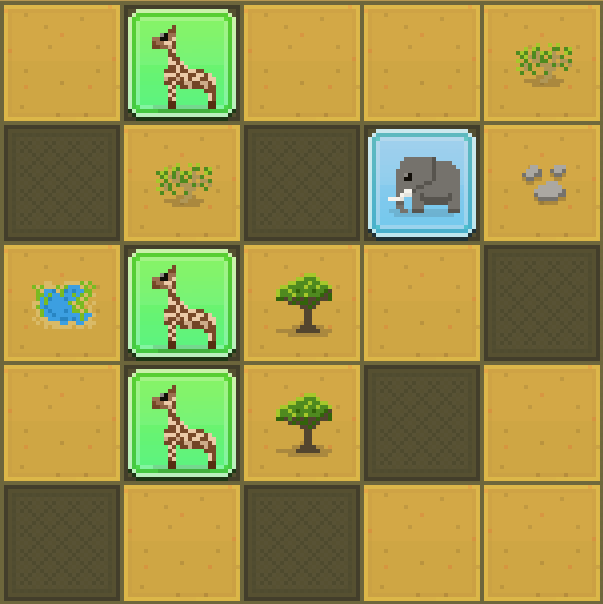 Disco Zoo, the latest game from Tiny Tower creator Nimblebit and Milkbag Games – the new pairing of Owen Goss (Finger Tied) and Matt Rix (Trainyard) – feels a lot like those early free-to-play treasure hunts. And regardless of how that might read at first glance, I promise you – this is a very good thing.

Players will fill the shoes of a budding zoo keeper in search of new animals. To find them, you’ll journey to their natural habits – each of which happens to occupy a tidy 5×5 grid. You’ll have 10 attempts to uncover the critters in question, but here’s the trick – each animal will occupy more than one space in the grid, and they’ll each be in a unique pattern. To uncover a pig you’ll have to scratch the right four squares that make up a 2×2 pattern. An elephant takes only three squares, but in the shape of a trunk.

As you add each rescued animal to your zoo, they become money-making machines. This is good, because every animal rescue mission you start will cost a little bit more than the last. Therein lies the monetization of Disco Zoo. You’ll spend money to rescue animals, the rescued animals will make you money, and you’ll spend that money to rescue more animals. 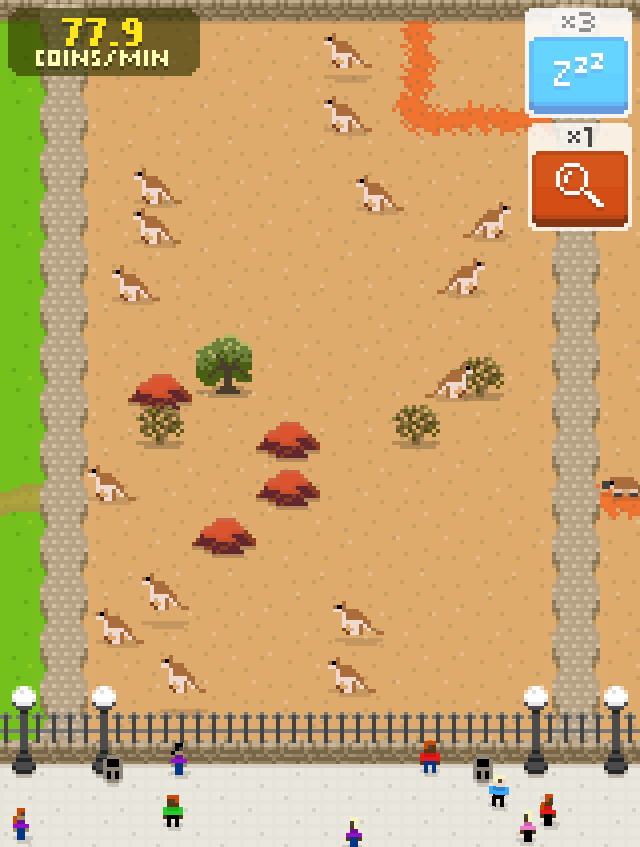 The trick, though, is that you’ll spend the money faster than the animals can make it – so you’ll either put your phone down and wait for more profit to trickle in, or spend a little cash to make an in-app purchase. Honestly though, there’s a pretty fair balance between earned currency and time spent. Once you run out, you’ll have no trouble putting the phone down. While Disco Zoo is fun, it’s also the kind of game that you’ll want to enjoy in small doses. Just make sure to pay attention when your phone tells you “your sheep is asleep,” or you’ll never make a dime off those lazy buggers.

You’ll also have the option to unlock new areas with premium currency to rescue different kinds of animals early, but honestly, earning your way there is half the fun.

Disco Zoo takes an older free-to-play model and does a fine job of making it feel fresh, though it can’t quite shake that “all I’m doing is tapping on squares” feeling. There’s a tiny bit of strategy here – if you think about the shapes of creatures and remaining squares, you can take a good guess on where they might be – but ultimately, this is a game that’s about tapping on squares and collecting hippos.

If you had a fondness for games like Ruby Skies and Adventure World, Disco Zoo does a fine job of scratching that itch. If you believe that overly simple games are an offense to gamers everywhere, this probably isn’t the NimbleBit game for you.