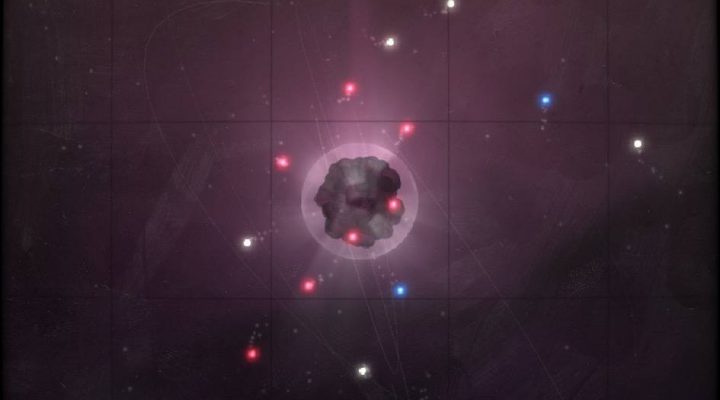 Could do with more incentive to keep playing

DIRAC is kind of like an exceptionally frantic game of connect the dots. That might not sound overly appealing, but it sort of is. I’m not convinced it’s the kind of game you’ll be playing for hours on end, but as a distraction from weightier fare, it’s fairly fun.

On the screen, you can see various colored protons being unleashed from an atom. Your objective is to connect as many of the same colored ones as you can by drawing a line between them. The key is to not cross over to a different color, otherwise you miss out on points. An even bigger number of points is gained through creating a giant circle. Create that circle and snag a bunch of different colored dots instead, and the points come flying in. It’s an incredibly simple basic idea, but DIRAC throws a few extras your way. 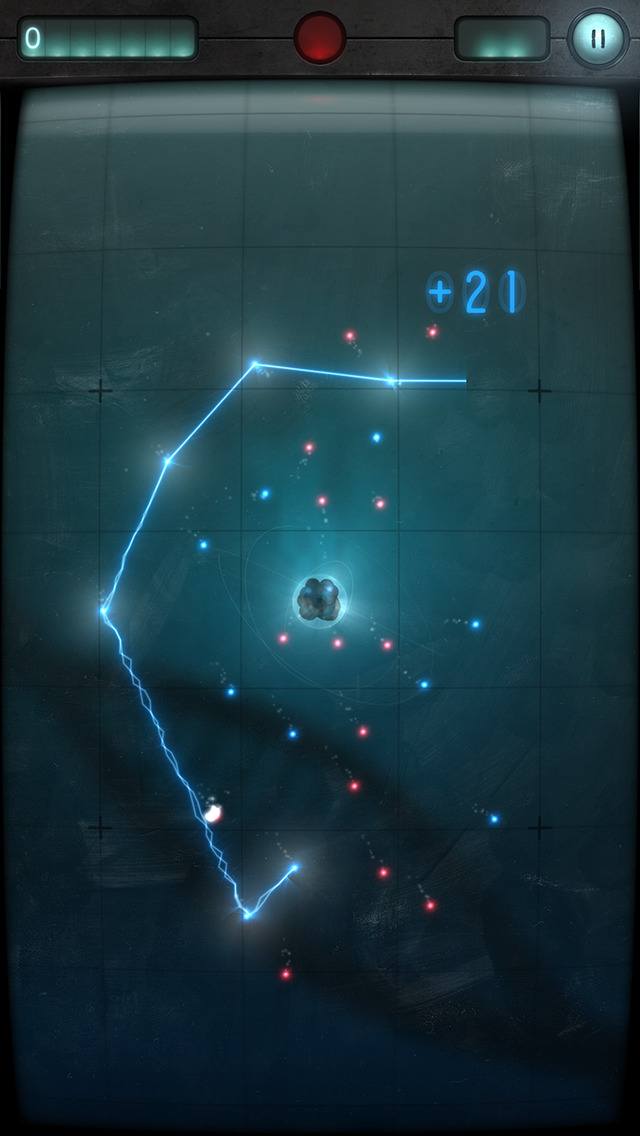 For one thing, while early stages have you dealing with just two colors, later difficulty levels throw more colors at you. It’s surprising how simply increasing things to three different colors can suddenly make things a lot harder. There’s a constant risk/reward kind of thing going on, with you having to quickly decide whether to go for easy but low points by connecting a few dots, or trying to form a large shape to ensnare some others inside them. Time is of the essence too, as those dots quickly make their way to the edge of the screen. Once they fall off, you suffer a points penalty, and you only have so many chances before it’s game over.

That means that DIRAC is frequently rather tricky. You’re constantly having to reassess the situation unfolding before you, and at speed. Harder still is when multiplier cubes start appearing. These gradually reach the center of the screen, starting out on the edge, but when I say gradually, I mean exceptionally slowly. To use them, you have to draw a circle around them, which means the multiplier has to get to a more central location before that’s possible. At the same time, other dots are getting nearer to the edge of the screen leading to your doom. Did I mention it was stressful?

There’s a selection of difficulty levels so, in theory, you’re eased in gently, but it’s still fairly frantic early on. It almost bears more similarities to time management games rather than anything more puzzle based, because you’re constantly juggling multiple objectives.

How fun it is depends on your patience levels, and just why you wanted to play a game. As a distraction from the stresses of life, this really isn’t it. It also doesn’t quite offer enough about it to make you really excited about gaining new and huge high scores. It’s so simple that I never really found the urge to encourage a Game Center friend to duke it out with me, as sometimes success felt more down to the arrangement of the dots coming out rather than my (limited) skills. Sometimes you’ll just feel like the dots are arranged in a way that means you’re never going to be able to connect them up effectively until it’s nearly too late, while other times, it doesn’t feel so tough.

DIRAC offers a great presentation, looking really quite stylish for a game that’s solely about joining the dots, but I can’t see it maintaining your attention for long. It’s a distinctly frivolous affair – the kind of game you’ll download to play briefly, but then ultimately forget about within a day or so. Being able to inject personality to a complex game of connect the dots is something to be lauded though.