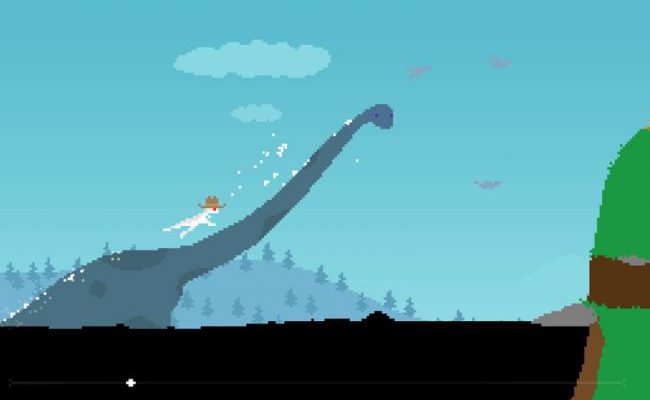 The recent boom of 8-bit era-inspired casual games rolls on with Dino Run SE, PixelJam’s sequel to their high-speed sidescroller that dangles panicked dinosaurs in front of the maw of an asteroid apocalypse. The concept is simple: run your dino across rugged levels, avoiding obstacles like boulders and chasms along the way. If the ever-encroaching fiery wall of destruction catches up with you, you’re as good as fossilized. 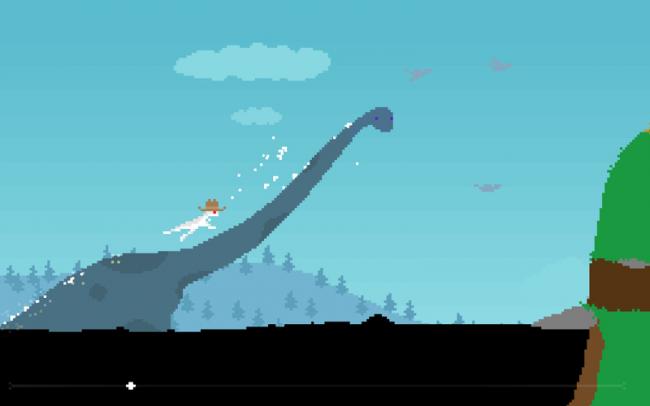 As you progress through the many levels, you’ll have the opportunity to beef up your dino’s stats, boosting his speed, jumping ability, and similar measures of performance. You can “buy” these upgrades using DNA. Generate DNA by gathering eggs that are scattered on the ground, or by eating smaller creatures that are also scrambling for safety from the looming extinction event.

For an every-reptile-for-himself clamor for survival, Dino Run SE is a bright, sorta cute, fun game that offers lots to mess around with. Whether you’re looking to customize your dino’s color (and even his headwear, from a sombrero to a “Cat in the Hat”-style topper), or dive into the game’s four different play modes, there’s much to sink your fangs into. In addition to the standard challenge mode, there’s also speed-run, a sort of time trial that places you on 24 different stages, as well as the chaotic “Planet D” free-for-all. Like a starved omnivorous oviraptor, your options are plenty.

Don’t forget the multiplayer mode, which can accommodate you and three of your friends. The bad news is, you can’t carry over any status upgrades you bought in one-player, which is a downer. 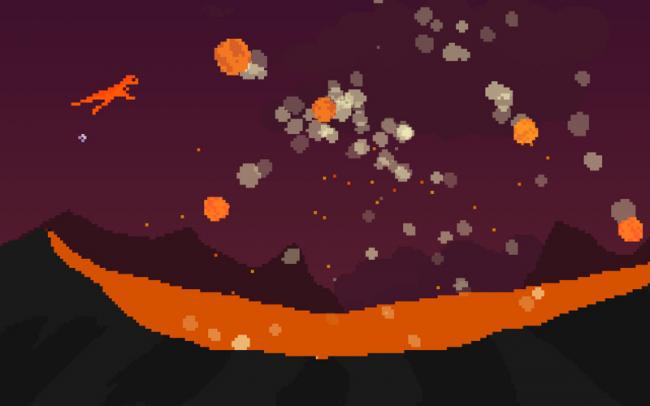 Finally, the game offers a shop menu that peddles avatars, art, desktops and music that you can buy with bones you collect throughout the game. You’ll also need the bones to access the various levels in speed-run mode.

Dino Run SE is a solid sequel that really pumps a lot of content into the genre of breakneck, white-knuckling sidescrollers. With elements of customization, item-collecting and racing games, this is one title whose quality can withstand any meteor or ice age.