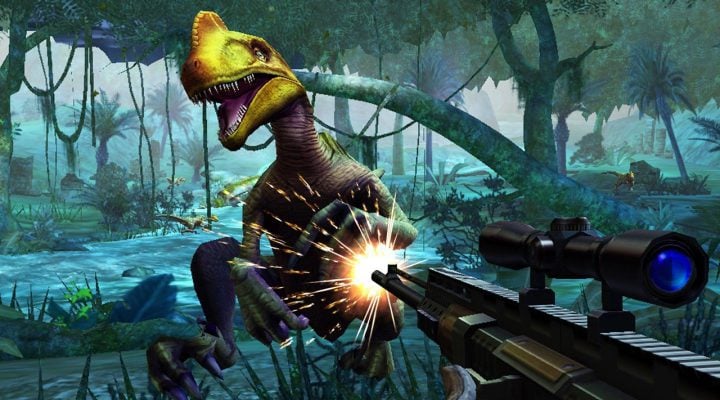 Free-to-play mechanics and ads can get intrusive at times

Let’s be honest with ourselves, human race. If scientists revive dinosaurs, we’ll spend maybe ten minutes “ooh”-ing over the sight of a diplodocus thundering slowly across the plains. Then,  inevitably, someone will put their hands on their hips and ask, “All right, now how do I kill this thing and slap it on the barbeque?”

Dino Hunter: Deadly Shores is a hunting game from Glu Games that’s all about acquiring the firepower and expert aim necessary to take down a charging T-Rex. The game offers no speculation on what the King of the Dinosaurs actually tastes like, unfortunately.

The action in Dino Hunter: Deadly Shores is compartmentalized into dozens of different hunting missions. There are tons of species to take down – carnivores and herbivores alike – and different terrain and weather conditions to contend with.

At the start of each mission, you’re instructed to kill one or more dinosaurs. Your hunting tactics vary depending on the nature of the dino you’re stalking. Small, timid herbivores and omnivores are likelier to disappear into the thicket as soon as they hear the roar of your gun, meaning you need to take the time to line up a perfect shot. Velociraptors, on the other hand, are far more likely to say “Get off my lawn” by way of a talon jammed into your guts. Speed is vital in these instances, for obvious reasons.

You have some decent firepower on your side, thankfully. You’re issued some upgradable guns, plus you have the option to buy ultra-specialized dino-slayers with the game’s hard currency (gold). The game’s default guns will serve you just fine, and it’s not too difficult to earn the money necessary for upgrades. 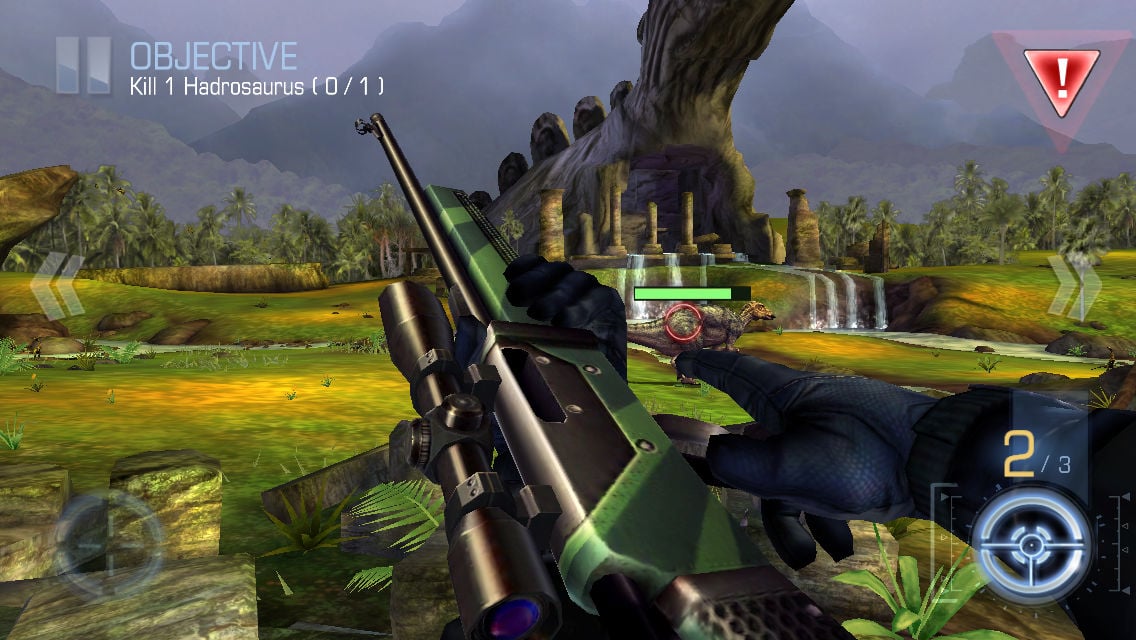 However, upgrades need to happen frequently in order to keep up with the game’s challenge, and you’re forced to wait for some parts to be “imported.” There’s also a stamina meter that depletes with every hunt you engage in. It’s pretty standard free-to-play stuff, but it occasionally breaks up the game’s pace regardless. There are also ads to contend with, and lots of offers for deals at the in-game store.

Thing is, having the opportunity to shoot down dinosaurs makes the hassle worthwhile, especially since Dino Hunter: Deadly Shores looks fantastic. The dinosaurs move – and die – with admirable realism. And pumping bullets into a charting T-Rex is pretty intense. 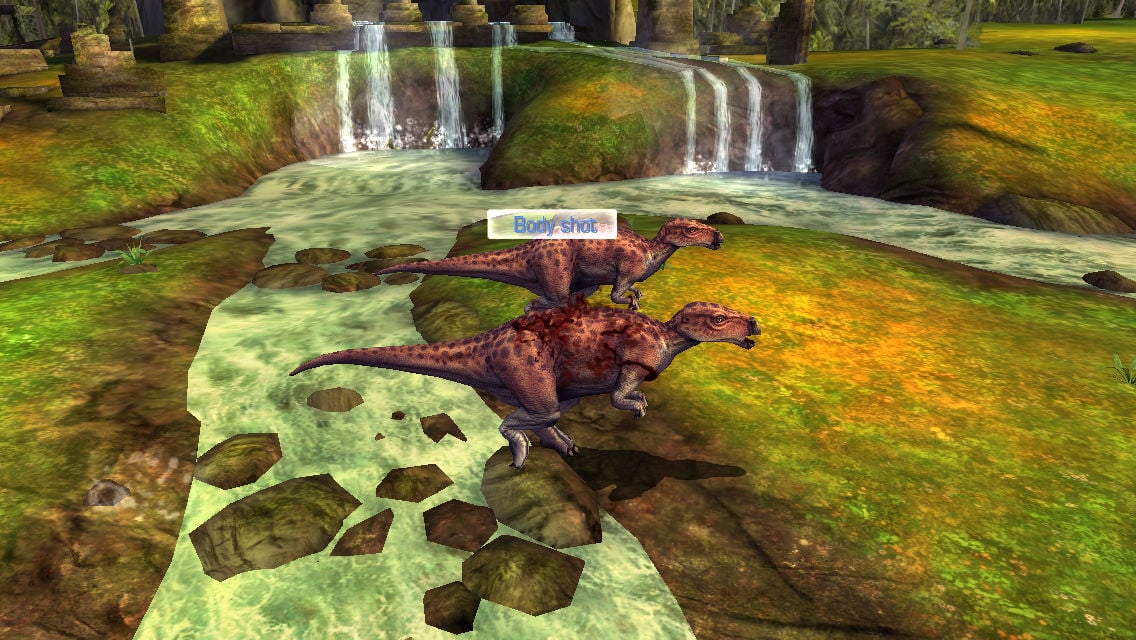 Only one real complaint can be made about the game’s visuals: The sauropods lack feathers. Yes, the world at large has a hard time accepting that the velociraptor actually resembled a killer turkey, but we all have to come to terms with it sometime.

Pixel Burger Review: The Works, Animal Style, With Everything