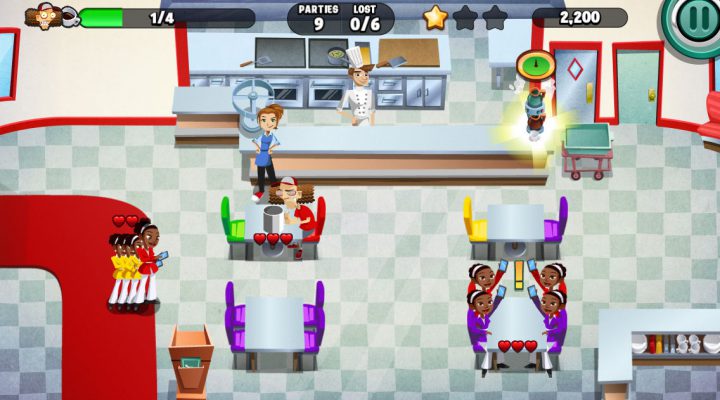 Lots of free-to-play trappings and panhandling.

When we celebrate gaming’s bad-ass females, nary a word is spared for Diner Dash’s Flo, and that’s a shame. Sure, sure, shooting down Metroids isn’t easy, and neither is delivering messages on foot while weaving in and out of the gears of a dystopian society. But there’s something heroic – superhuman, even – about a waitress who darts from table to table, takes orders, serves food, cleans up, deals with belligerent customers, and keeps her composure through all of it.

The Diner Dash series has been around since 2004 and Flo hasn’t had a nervous breakdown yet, which speaks well of her character. The latest release, simply titled Diner Dash, is the first installment of the series to hit the App Store since Glu Mobile acquired series developer PlayFirst. Will Flo finally reach her limit and force-feed her serving tray to an over-demanding diner patron? No, she’ll probably be OK. The question is whether or not you’ll be OK with the game’s free-to-play trappings and advertising. 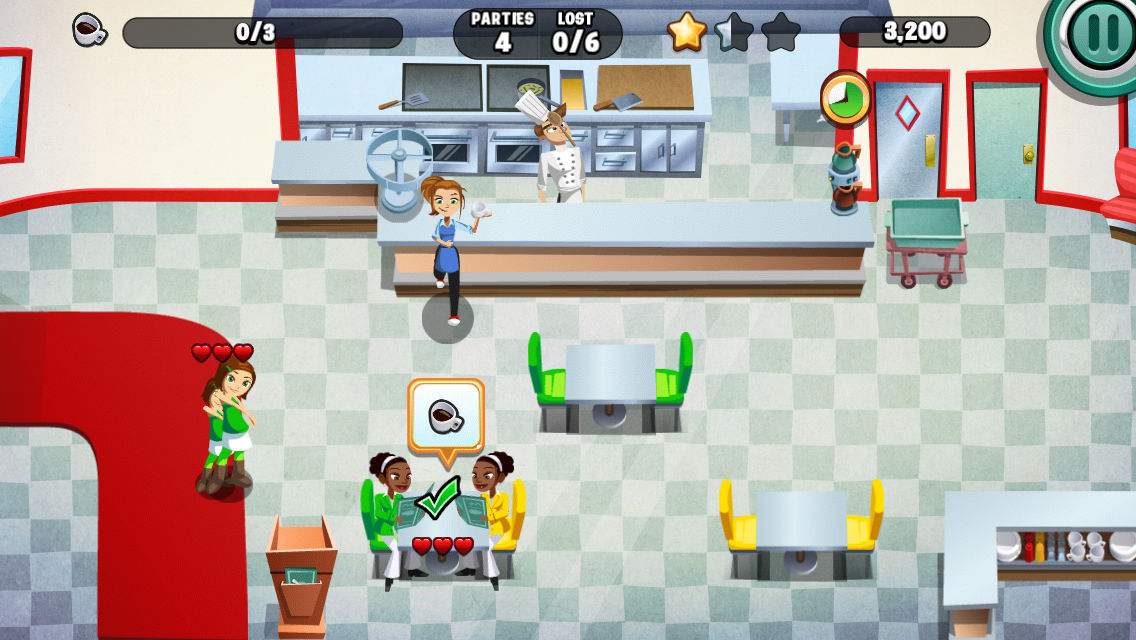 This time around, Flo’s diner is in danger of being taken over by Mr Big and his chain of “Eat-Mor” restaurants. If Flo wants her livelihood to survive, she has to keep on doing what she’s been doing for a decade now: Keep customers happy.

The new Diner Dash plays very closely to previous releases. Customers need to be seated (and bonus points if you park them in a booth with upholstery that matches their outfits – coordination, people!), and their orders need to be taken. Once that’s done, they need to be served, Flo needs to deliver their bill, and then she has to whisk away their dishes to make room for the next party.

You score points for every action performed, but you really rack them up if you chain tasks (for instance, taking three orders in a row gives you far more points than simply taking one customer’s order, serving them, and hanging around until they finish their meal). Diner Dash’s challenge lies in time management. Can you serve everyone in a manner that lets you score major points while simultaneously preventing angry customer walk-outs?

Customers have different needs that need to be taken into consideration, too. Some only want coffee, and lots of it. Others are busy and get irritated if you don’t drop everything and serve them right away. Some will even attempt the dreaded dine-and-dash.

Maybe this all sounds familiar, and that’s because it’s more or less the same Diner Dash experience you had ten years ago. In other words, it’s tried-and-true, and fun enough. But the lack of innovation presents a problem. It makes it very easy to remember a time when Diner Dash didn’t run on stamina systems, or constantly offer hot deals and power-ups that are exclusively purchasable with hard currency. 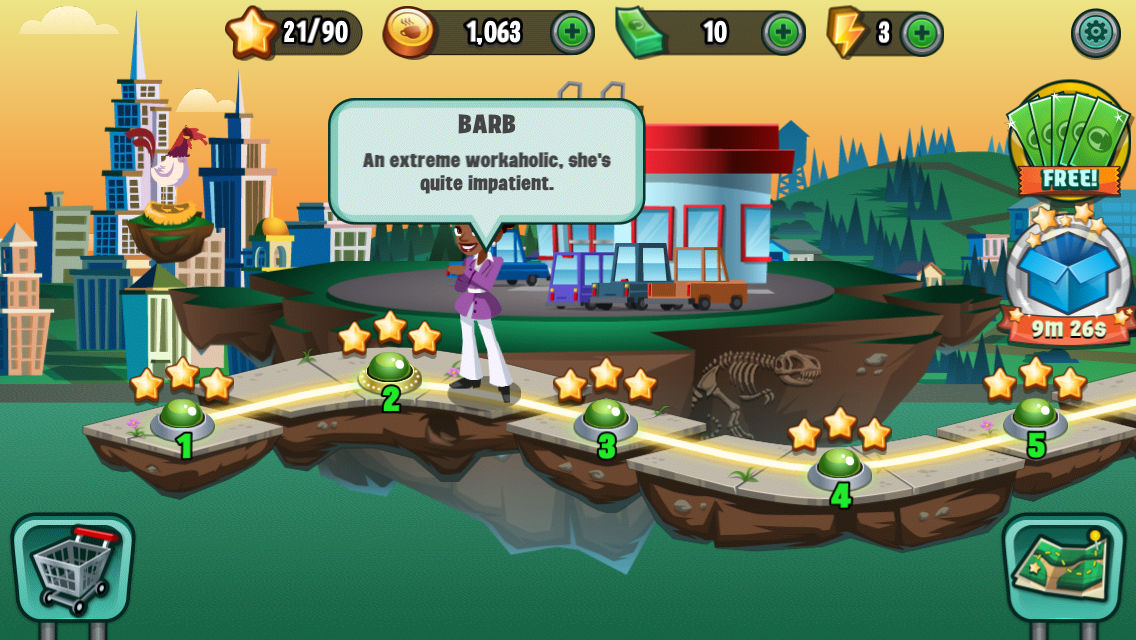 There’s also the issue of difficulty. Like most time management titles, Diner Dash gradually gets more and more difficult by adding more customers with more demands. But in the new Diner Dash, the difficulty takes a sharp turn by level eight. Suddenly, you find your lobby flooded with customers suffering from a massive patience deficiency. It’s a bit of a shock if you’re used to being eased into the water. Hard levels can be overcome with practice, but that sucks up your meager store of stamina.

Despite its flaws, the new Diner Dash is a decent distraction. If you’re not burned out on time management games, and if you can get around the free-to-play panhandling, you should welcome Flo back into your life.