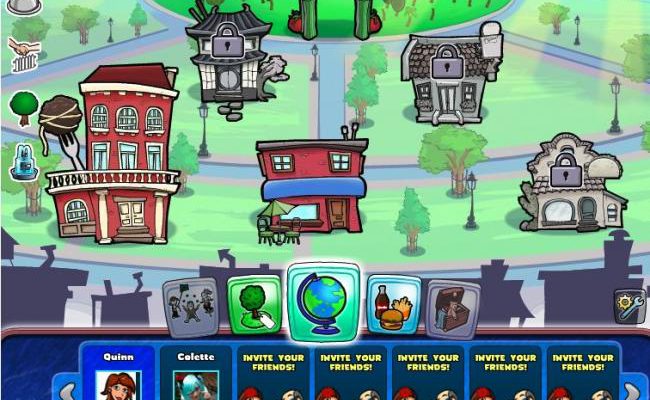 Diner Dash on Facebook is a delicious, albeit expensive, dish

If you’ve ever wanted to be friends with Flo on Facebook, now is your chance. The Diner Dash star has brought her trademark brand of time management gameplay to the social network, along with that same sense of charm and style that has made the series so popular. It’s the same game fans know and love, with plenty of familiar locations and characters and even a few new twists. The gameplay is strong, though the large amount of microtransactions make it a little on the expensive side.

You’ll start out, as always, waiting tables at Darla’s Cafe, and the core gameplay is identical to previous games. So customers will line up, and you’ll need to seat them, take their orders, deliver those orders, and then collect the bill and clean up. There are different types of customers to feed, from the impatient businesswomen to the slow moving book worms, and figuring out how to best juggle each of their needs is key. You’ll earn points based on speed and customer happiness, and each shift has a score that you’re trying to reach. 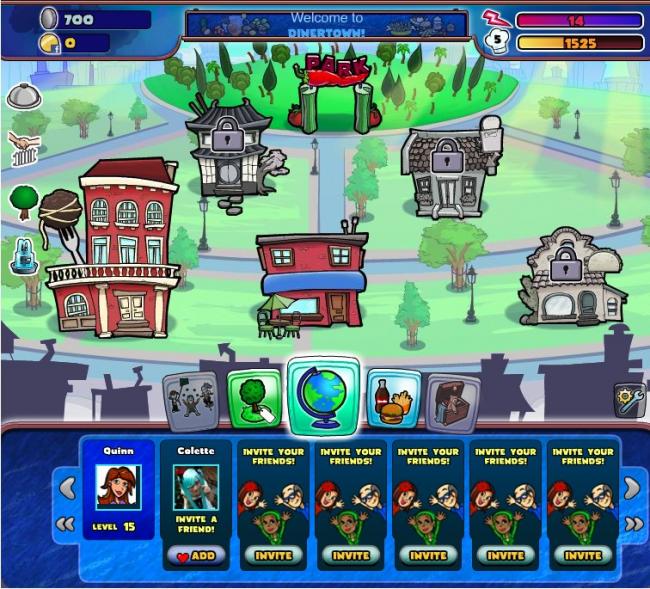 Each shift will earn you some experience and cash, and you’ll eventually unlock new restaurants to work in and items to purchase. Like most games on the platform, Diner Dash features an energy system that limits the amount of shifts you take on in one sitting. Your energy level increases as you gain experience levels, but to start with you’ll only be able to do two or three shifts before having to wait for it to refill.

The one big change is that you’re no longer decorating and improving the restaurants that you work in. Instead, you’re given a park to spruce up. It starts out filled with trash and toxic waste barrels, but with the money you earn you can turn it into a lovely place for people to hang out. One issue, though, is that a large percentage of the decorations can only be purchased with Facebook Credits. So if you want a hot dog bench or a hamburger fountain, you’re going to need to spend a few bucks. 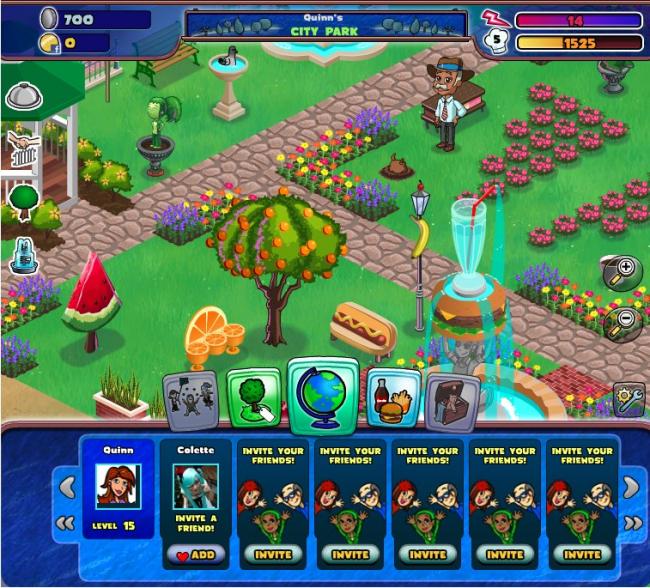 If you’ve played any of the previous Diner Town games, Diner Dash will look instantly familiar. It has the same colorful, charming, cartoon art style that the series is known for. Flo looks the same as always, as does the supporting cast of restaurant patrons. Even though you’ll be playing as Flo for most of the game, you’ll also get to create your own character, who will be the one in charge of cleaning up the park. Unfortunately, there aren’t a whole lot of customization options.

Diner Dash is exactly what you’d expect from a Facebook version of the series. Same great gameplay and same great looks, coupled with some fun new features like the customizable park. It’s a little heavy on the microtransactions, and a little stingy with the energy, but it’s still the best traditional time management game on Facebook.