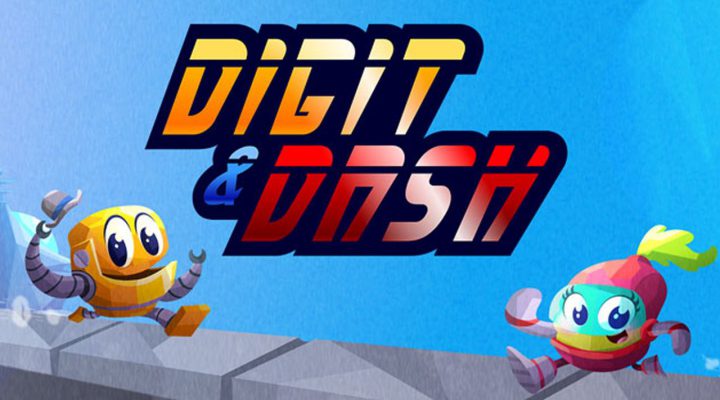 Controlling two heroes at once is a unique challenge for platformer fans.

Challenging, but features checkpoints to diminish the sting of failure.

Some mechanics are very picky with placement and timing.

As an arcade-like game with simple controls, Digit & Dash is one of those games you’ll probably be horrible at initially, but will gradually get better at in time.

The game features the two titular characters, Digit and Dash, attempting to defeat the evil hot dog monster that they accidentally created. 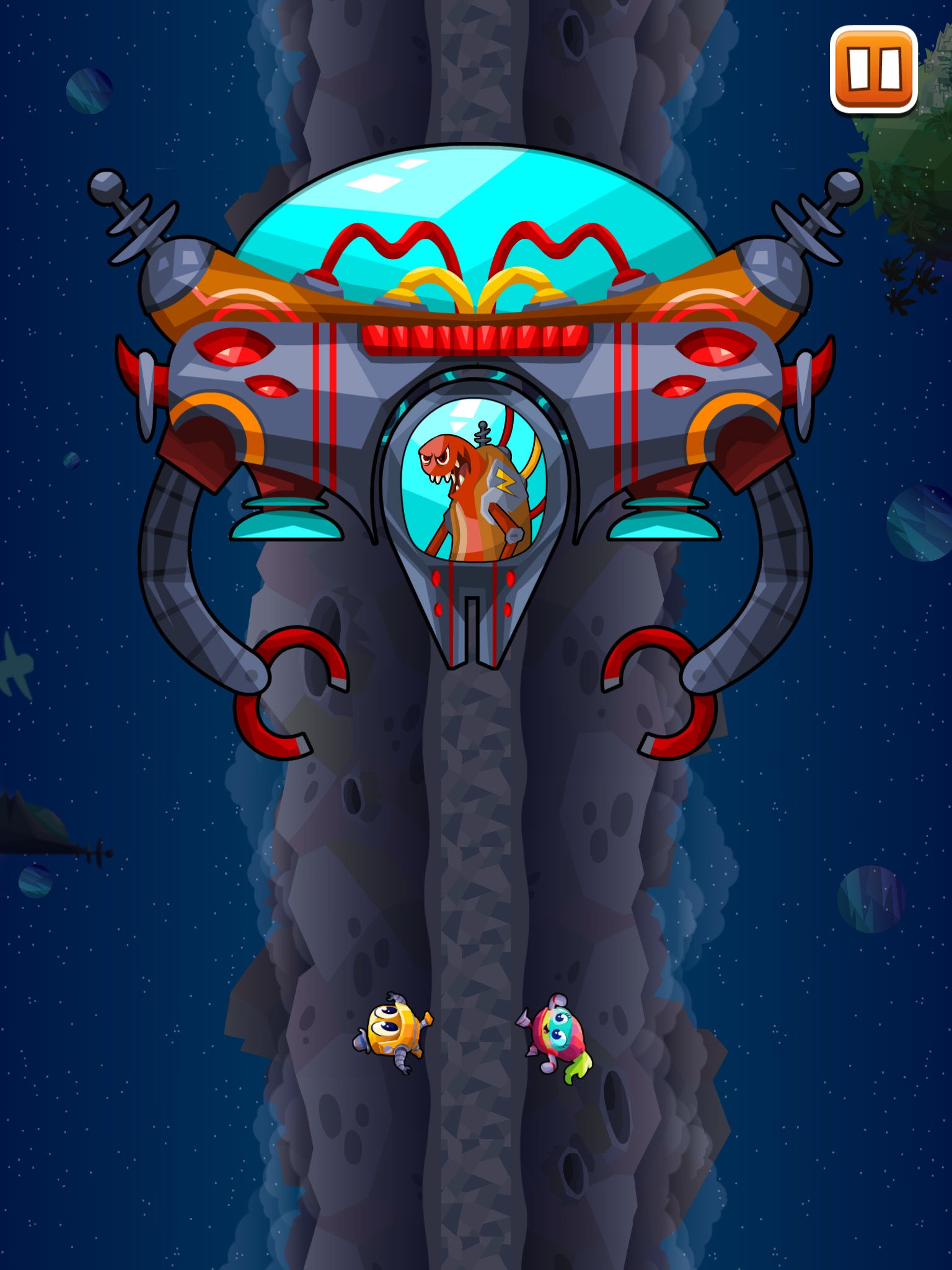 All the levels in Digit & Dash are vertical endeavors. There is a seemingly endless vertical landscape that Digit and Dash run up, one character on either side. Depending on which side of the screen players tap either Digit or Dash will hop out from the pipe. Obstacles and enemies litter the path, and players will need to properly tap the correct side of the screen in order to dodge the obstacles that the two characters come face-to-face with.

In short, it’s like playing two platformers at the same time.

Digit & Dash does an excellent job training the player on how to conquer the level’s challenges. Coins are initially used as a guide to show the player where and when to jump to get the timing just right. I had some difficulty perfecting a few of the maneuvers that the game asked of me, particularly double-jumping off of an enemy’s head in order to leap over tall obstacles — but with enough practice (and plenty of cursing) I was able to hone in on success. 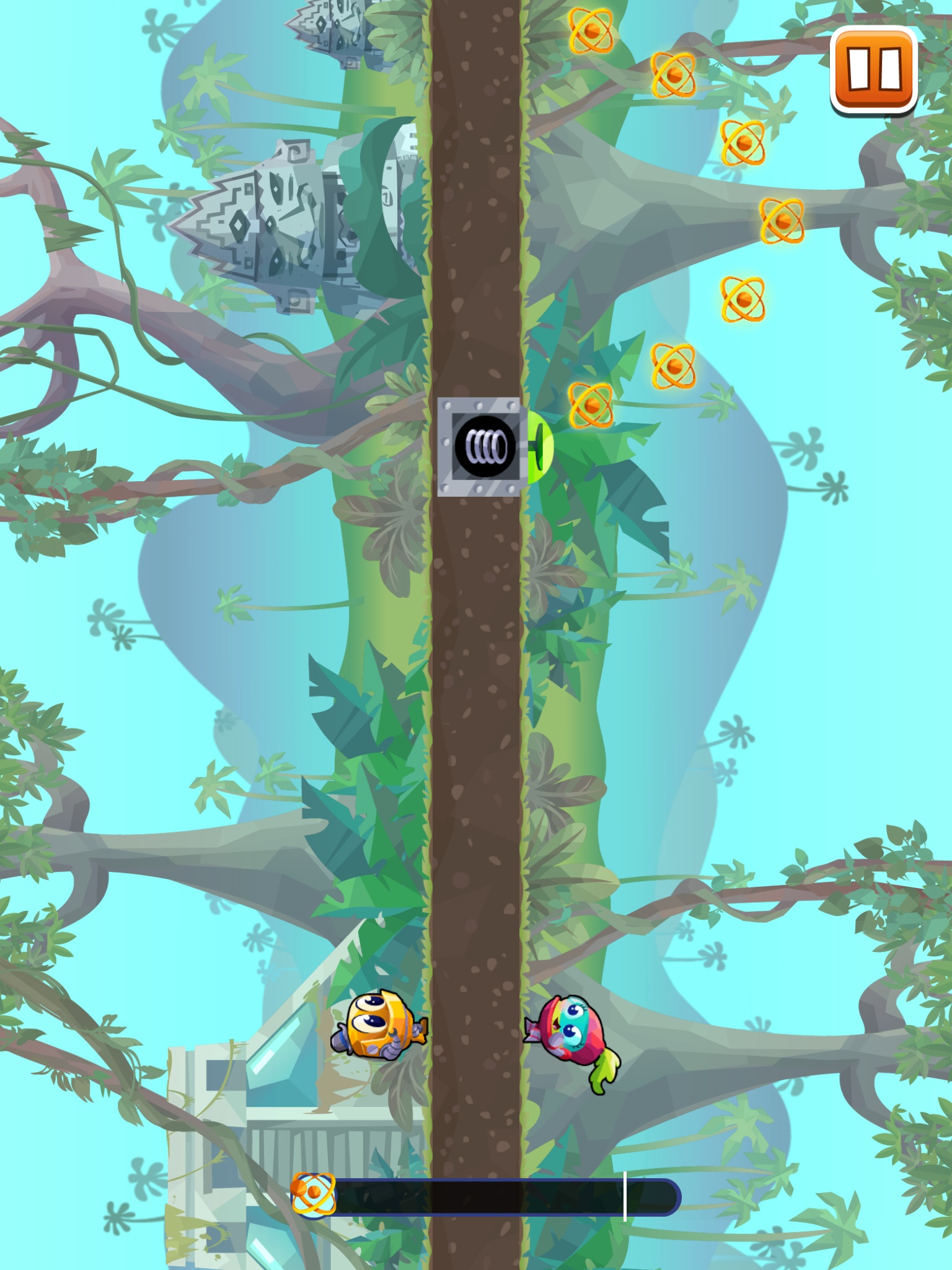 If there is one thing about the game I’d like to see different, it would be to increase the window of success for double-jumps. Right now they’re just too easy to miss, resulting in Digit or Dash slamming into the ground and hitting the obstacle you were trying to avoid.

With that said, one aspect of Digit & Dash that I really appreciated were the checkpoints that are spread throughout each of the levels. Don’t get me wrong, I love a challenging game, but if I’d had to restart an entire level because of another missed double-jump, the “fun” of the game would quickly evaporate. Insomniac helps alleviate the frustration of playing a very challenging game by including fairly-placed checkpoints throughout each level, so the player doesn’t have to start from scratch every time a mistake is made.

Overall, Digit & Dash is a solid, challenging, reflex-based game that is sure to challenge players of all experience levels. It’s just difficult enough to keep me from blazing through it, but it provides some nice safety nets that catch you not too far from your fall when you fail. And you will fail.