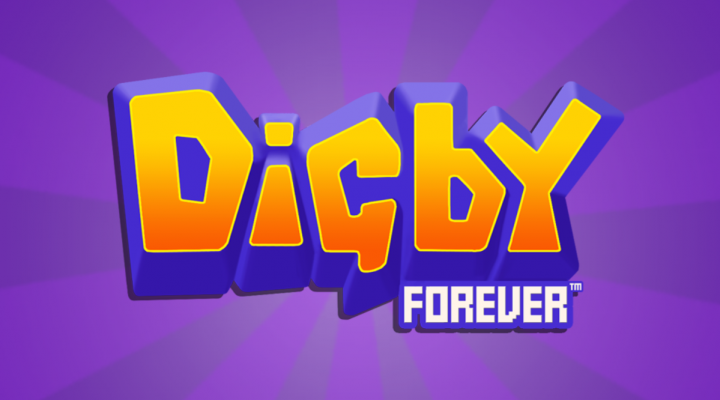 Great graphics from top to bottom.

Intuitive touch controls that have the perfect amount of sensitivity.

Solid rewards for ad watching make it worth taking the time.

Headstarts speed up cave-ins, meaning you really have to be ready to move when playing those cards.

When at the same level the sound effects are a bit too quiet when up against the music.

There is certainly no shortage of games that try to dive deep into nostalgia for the classic arcade experience without sacrificing the features many modern mobile gamers have come to expect. There are few that find the right balance, and very few that do so as well as Digby Forever. Digby Forever is the newest release from the fine folks over at 3 Sprockets (Cubemen 2, Pac-Man 256) and pays serious homage to Dig Dug and Mr Driller in equal measure. But make no mistake, this isn’t just some clone brought to mobile.

At heart Digby Forever is an action-arcade game that challenges you to dig down as deep as you can possibly go, collecting crystals and gems (that can be converted to in-game coins) along the way. Arguably, the most interesting part of the game is that rather than starting at the beginning when you die, you start where you left off. Thus you’re making continual progress, which is a rare feeling and a major reason why so many people will likely find themselves hooked. Still, this doesn’t mean the game is easy.

There is a wide range of enemies and obstacles blocking your descent in Digby Forever, including vats of lava that are too easy to accidently drill into and lasers that will block you off from what would otherwise be the easiest paths down. There are a variety of enemies in all manner of colours and sizes. Some will hunt you down, but some will just drill right through you like you’re nothing if you accidently cross their path. All are deceptively cute. The bombs that are meant to be your best friend, helping you clear bricks faster and destroy enemies, can also be your worst enemy if you can’t escape fast enough. The farther you delve down, the more obstacles and enemies you’ll find — and because this is not a forgiving game, it’s important to latch on to every single advantage you can find.

The biggest advantages come in the form of ability cards. Though they are almost mandatory, there is such a variety that knowing how and when to play them adds a real strategic element to Digby Forever. The most valuable will give you a sizeable head start, increase your drilling speed substantially, or give you another shot at life. The value of others – like the gem to coin exchange rate – increases as you progress, so are worth holding on to.

There are smaller advantages that can also be carved out. For example, although the incorporation of 3D graphics might seem like a hindrance for drilling game purists, they ultimately prove to be a real strength by adding just enough texture to improve visibility. This helps make the path to success just a little bit smoother.

Visibility is further improved by the ability to customise the landscape. With the choice of ‘classic’ or ‘mud’ to start, different landscape skins are unlocked the further down you dig. These skins look cool and offer players a more personalised experience – think about drilling your way through cheese, candy or a volcano. However, some like ‘chalkboard’ also sharpen the contrast on the field of play helping enemies and obstacles to really stand out. The more easily you see them, the faster you can start plotting your route around them. Even as you work to heighten contrast, it is undeniable that the use of colour within Digby Forever is both thoughtful and very impressive.

In terms of personalising the game, it’s also possible to change your character. You start off with the choice of Digby or Digette (presumably his pink-clad sister), but as you progress through the game you’re given the option of unlocking any one of a further 14 characters using coins. If you enjoyed the characters in Cubemen 2, this will likely be one of your favourite aspects of the game. The result is an experience that fits your personality but doesn’t overwhelm you with choices.

Like an increasing number of ad-supported free-to-play games, users are rewarded for choosing to watch ads. From card packs to extra coins and even the opportunity to double the number of gems collected in-game for 10 minutes, these aren’t small rewards either. For active players, it is well worth taking the time to watch the ads (and support indie game development), but it’s certainly no less enjoyable an experience if you want to skip the ads and take things a bit slower. 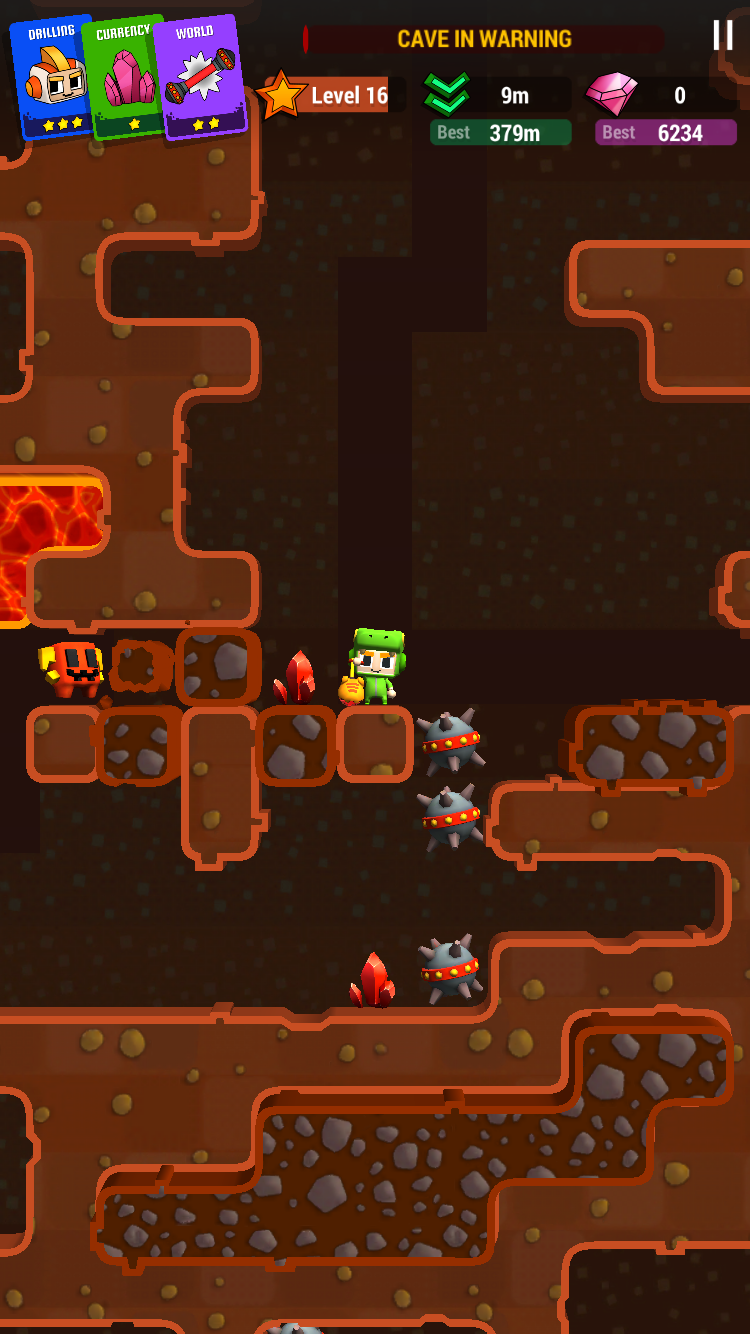 In the end, from the graphics and soundtrack to personalisation and sizeable rewards for ad views, 3 Sprockets really knocks it out of the park with Digby Forever. It’s unlikely to hold gamers looking for a complex or entirely original gameplay experience, but for those on the hunt for something endlessly fun, it should be able to hold a homescreen spot for quite a while.