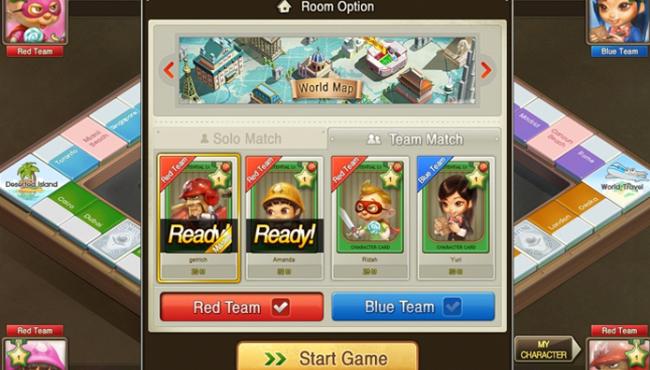 Dice Venture is a clunky, unfair, and potentially unsafe version of Monopoly.

On the outside, Netmarble’s Dice Venture looks like a cute reimagining of Monopoly, with anime-style character models, chat rooms, and free daily prizes. While that technically is the case (the game is rather cute and does play much like Monopoly), the rest of the experience is clunky, unfair, potentially unsafe, and downright un-fun.

Dice Venture hits a brick wall right from the outset. Instead of being a browser or Facebook game, which would obviously be more convenient, Netmarble requires players to download multiple programs through a tedious, complicated installation process, before they can try the final product. A “media booster” program is downloaded without consent from the player, and the game then needs to patch after it’s been downloaded. There’s very little input from Netmarble letting you know what you’re downloading or what it does, and so many things are downloaded across so many windows that I’m more than a bit concerned about what could have been installed in the background while I wasn’t looking.

Once you get into the game, Dice Venture plays almost exactly like Monopoly, as players take turns rolling the dice and traveling to different cities on the board, purchasing them, paying rent to others, collecting random cards (read: Community Chest cards), and more. A deserted island replaces the jail house, and special vacation spots replace the railroads.

Where the game starts to differ is in its multiple avenues for victory. If a player can make a monopoly of three or more sections of colored properties, they automatically win. Similarly, if a player owns every property across one of the four sides of the board, that’s an instant win too. Otherwise, it’s all about having the most assets by the end of the 25 minute game, or eliminating all of your opponents by causing them to go bankrupt. 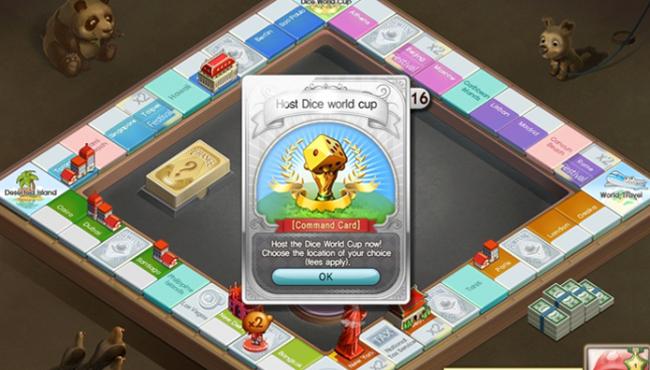 Dice Venture‘s “monopoly” system – that is, the system that tracks how many of each color of property a player owns – is broken by design. Players are actively allowed and encouraged to purchase any property they land on, whether it’s currently owned or not. That is, you could own every blue property, for instance, only to have one of them purchased out from underneath you, without your consent, just because someone else landed there. The only way to protect a property from these takeovers is by building a landmark on top of it. Unfortunately, you’re forced to land on the same property several times throughout the course of the game to ever be given this option, so the game becomes more about the luck of stealing players’ properties than actual strategy.

Furthermore, the taxation prices seem incredibly skewed here. We’re likely all familiar with how expensive Park Place and Boardwalk can be in Monopoly, but Dice Venture‘s version of the two properties is so much more unfair. The next property over can cost 350k in rent, for instance, while Park Place suddenly costs 2.8 million. That’s a jump of over 2 million in rent on a single property, and it’s an almost guaranteed bankruptcy if you’re unlucky enough to land on it. 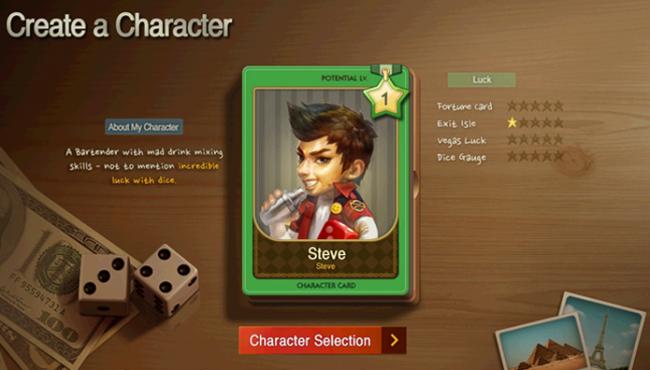 Aside from Dice Venture‘s fundamental design problems (having your properties stolen simply isn’t fair or fun), the game’s open chat feature needs much better moderation. There’s a filter in place that replaces some letters with asterisks, but enough are left behind to make it fully obvious what the person was trying to say. It took less than five minutes into my first game to be greeted with a proposition for adult “interaction” after the game.

While it looks like Netmarble has tried to introduce some fun elements into Dice Venture, with customizable avatar cards, daily login bonuses, and the ability to play either as a single player or in a team-vs-team setup, the game is ultimately too unfair and clunky to really recommend. If Dice Venture were on Facebook, it would likely perform much better, especially as players would have a much easier time connecting with friends. Forcing players to download multiple programs, however, and then not guaranteeing a family-friendly experience after the fact, simply isn’t excusable.