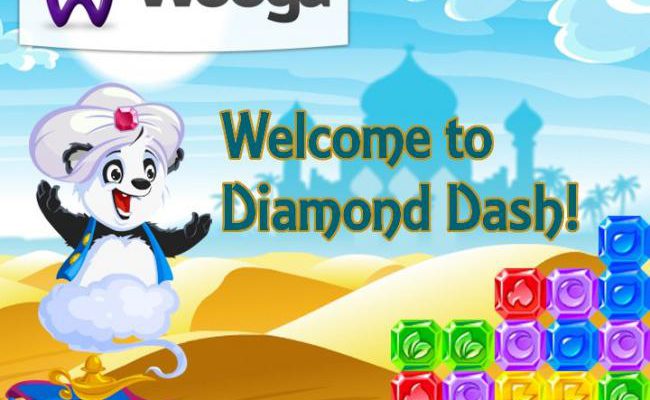 Diamond Dash is fun and addictive, if not exactly original

Bejeweled Blitz set a trend for arcade puzzlers on Facebook, giving players one-minute bursts of match-3 gameplay that proved to be massively popular. Now Wooga, already with several solid puzzle games to its name, is attempting to emulate that formula with Diamond Dash. It’s a solid and enjoyable effort, though it’s definitely lacking when it comes to options.

Diamond Dash is a match-3 game, but not of the Bejeweled, gem-swapping variety. Instead it’s more of a Collapse clone. You’re presented with a screen full of colored blocks, and it’s your job to clear away groups of three or more, which is done simply by clicking on them. Cleared blocks will disappear, causing the whole screen to collapse to accommodate the new blocks that pour in from the top. The goal is to simply clear away as many as you can to get a high score. 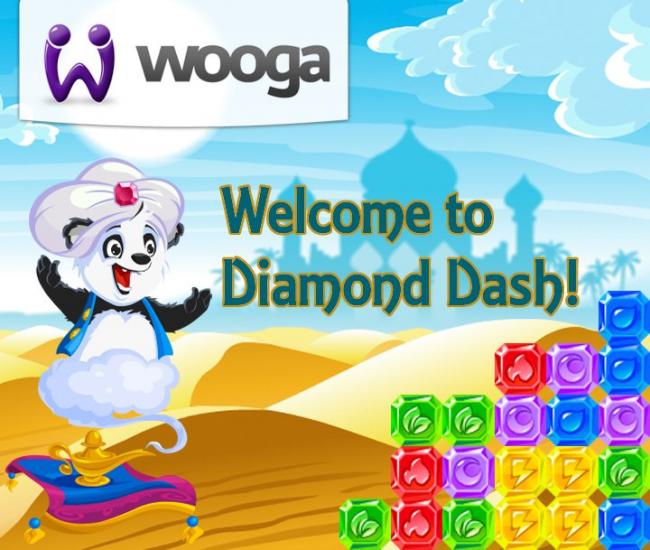 In true Blitz fashion, Diamond Dash restricts your play sessions to one minute. So you’ll have just 60 seconds to clear away as many blocks as possible. This set-up can be extremely addictive, as you constantly replay that one minute attempting to best your previous score or those of your friends. There’s a life system that restricts how many sessions you can play at any given time, and it refills over time, though you can also ask friends to gift you lives.

As you play you’ll earn experience, which unlocks power-ups like explosive blocks and such. There’s also a high-score leaderboard so that you can compare scores with your friends, which as any Bejeweled or Zuma Blitz fiend knows is a huge part of the appeal. And that’s about all there is to it. Diamond Dash uses almost the exact same structure, but wraps it around a slightly different game. There are no twists or crazy ideas here. It’s pretty bare bones. 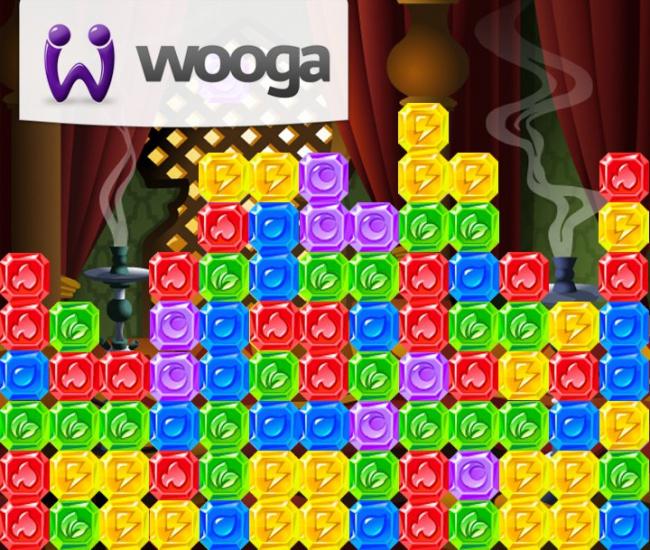 But as a Wooga game, it also sports the delightfully charming production values we’ve come to expect. The blocks are colorful and the animations are slick, and a cute little panda bear guides you through the experience. That being said, as good as the visuals are, a little more variety would have been much appreciated.

Diamond Dash is exactly what you’d expect it to be and nothing more. That means it’s a solid, fun, and downright addictive puzzler that’s a perfect way to fit in some gaming time during your coffee break. But it also means that it doesn’t do anything you haven’t seen before, which is disappointing. Because as good as Diamond Dash is, it also feels a bit derivative at times, and more like the next Blitz game, as opposed to a new experience from a different developer. But that probably won’t stop you from playing just one more round. And then another.