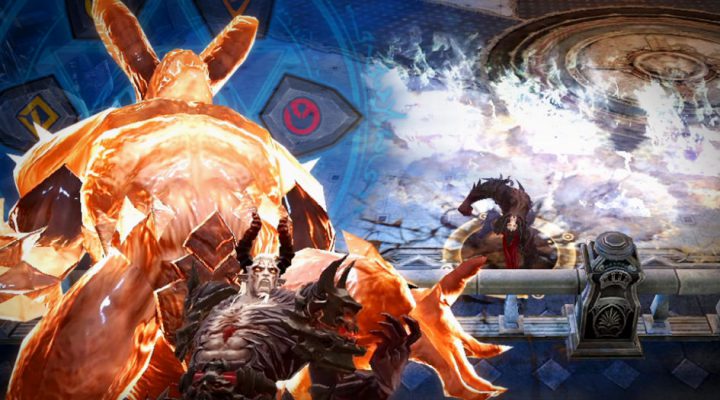 Easy to jump in and get killing.

Doesn't do anything new.

Devilian is one of those action games that’s not really an action game. It’s all about the numbers – from the crunching attacks you toss at your foes to the stats of the gear you equip your hero with. And those numbers need to keep going up. You need to hurt more, protect yourself better, and generally make sure that with each passing moment you’re getting tougher and tougher. This is very much a game where the weak will not survive.

But it’s also a game that doesn’t so much hold your hand as take the controller off of you and run everything for itself. And if that’s the sort of thing that you’re into, then you’re definitely going to enjoy what it has to offer. 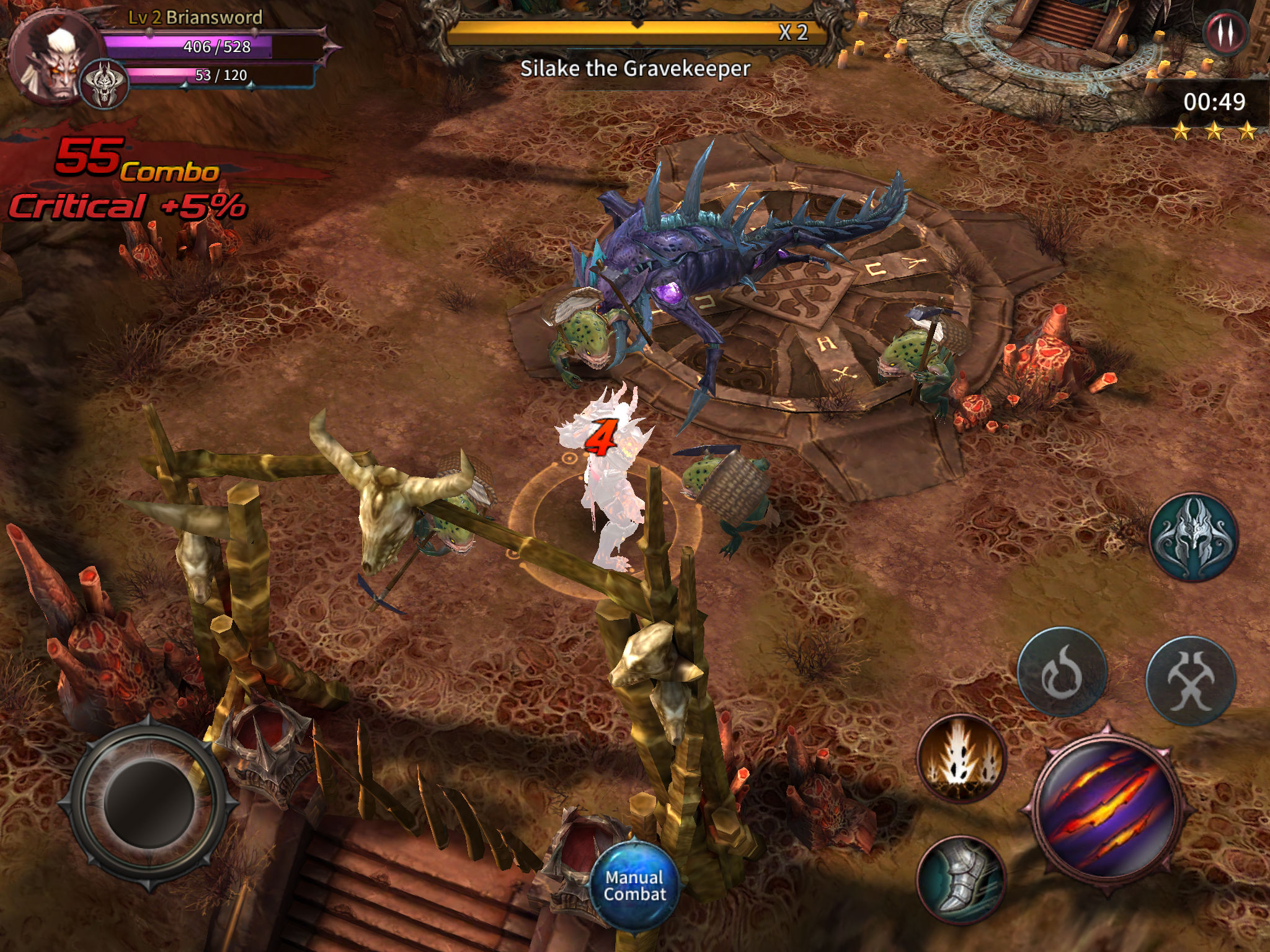 The game starts with some bibbly story about good versus evil and demon shards being scattered around a dark fantasy world. Then you get to hit stuff. You get to hit an awful lot of stuff. If it moves, hit it.

Everything here is pretty standard. You move around with a joystick in the bottom left of the screen, and then mash buttons to kill the bad guys. There are three special moves on cool down timers that you can unlock, and a dodge button that lets you evade incoming swipes and smashes.

On top of that there’s a Devilian button. This unleashes your devil form, which is more powerful and has its own set of super special moves as well. But whatever form you’re in the aim is the same – kill everything. 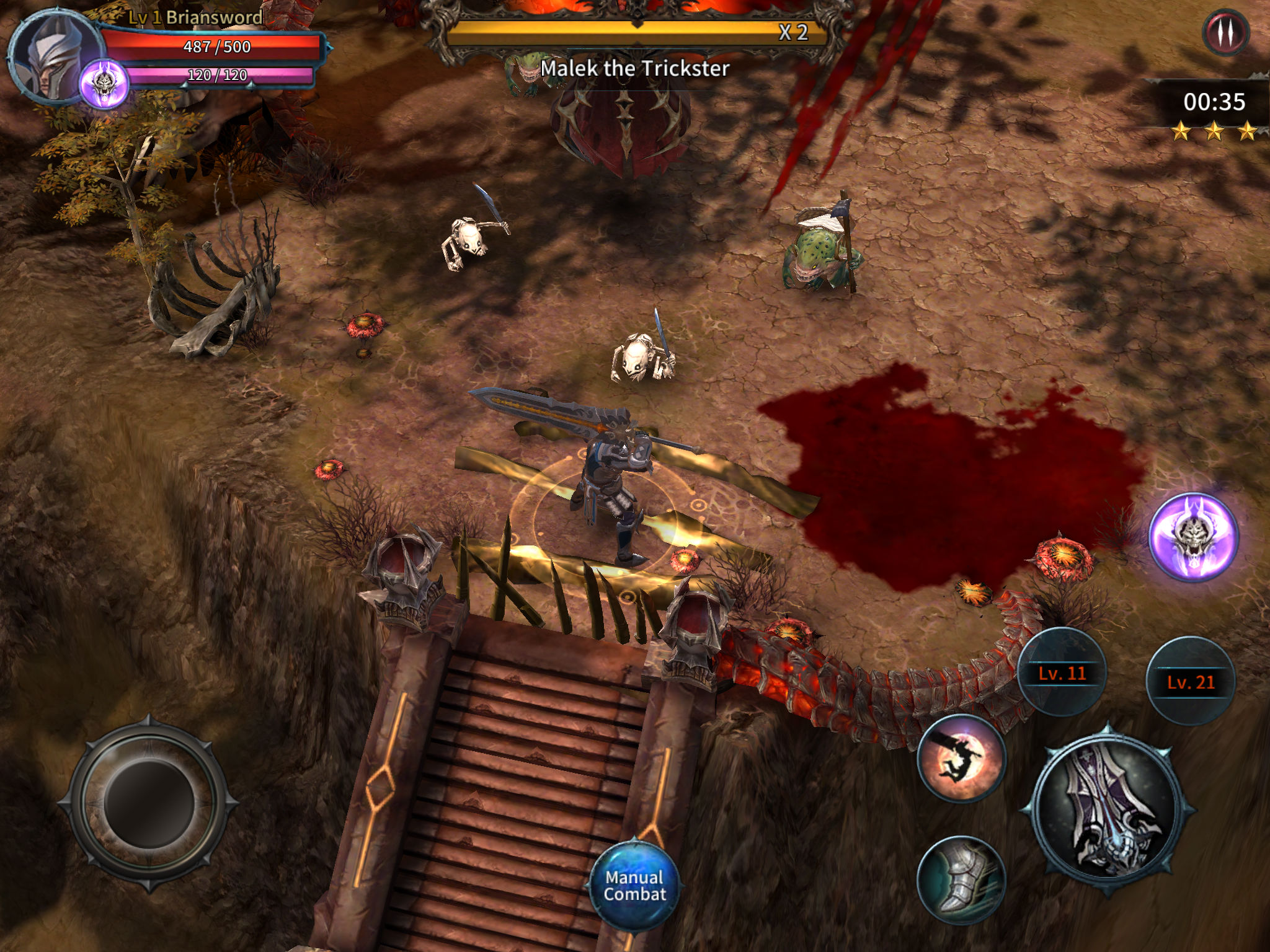 And the killing itself is pretty fun. To begin with, as is the style in this genre, you’re basically an unstoppable killing machine. Mash the screen, slaughter everything, cackle like you’re on of the devil’s own spawn. But the deeper you get into things, the more you’ll find yourself struggling. Then it becomes a game of attrition, hacking back through older levels or spending money to try and give yourself the edge you need to move on.

The game certainly looks the part. It’s a shiny collection of polygons, all growling enemies and swooshy lights. It’s exactly what you’d expect, and it’s done really well. There’s nothing to surprise you here, but it’s likely you’re going to be pleased with the eye candy the game throws at you. 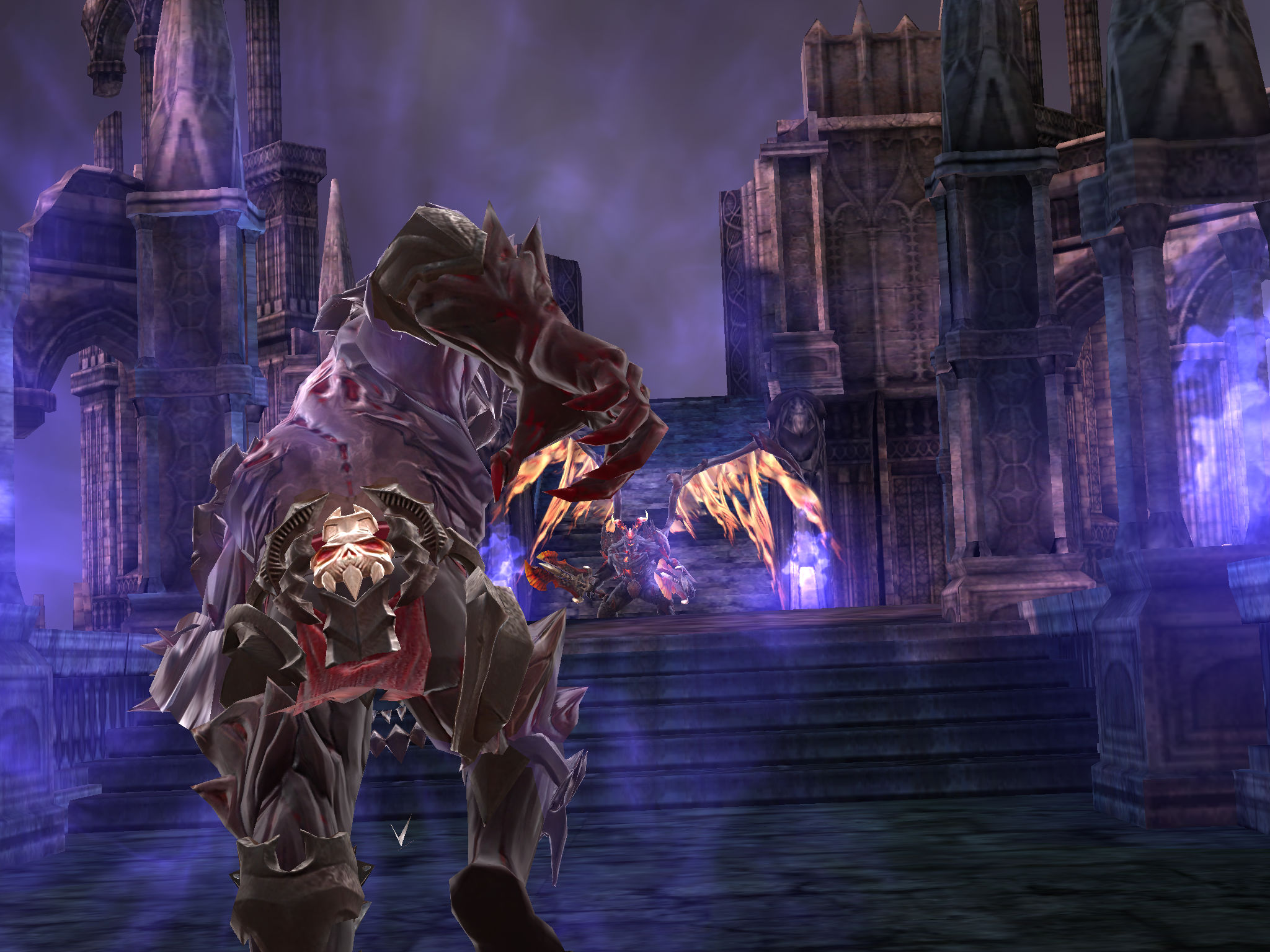 But here’s the thing. There’s nothing that new here. We’ve all hacked and slashed a thousand dribbling terrors a thousand times before. We’ve all pushed that button at the bottom of the screen that lets you put the game down and go and do something else while the auto-slaughter continues.

There’s nothing wrong with Devilian particularly, but there’s nothing that really sets it apart from the rest of the crowd. It’s solid, but nothing else. And while the art might show imagination, once everything is in motion you’d be hard-pressed to say what makes it different from any other example of the genre.

If that’s what you’re after, then you’re not going to come away disappointed. But if you’ve got a hankering for a meatier action experience, or you’re just looking for something that moves the genre in any direction, then you should definitely look elsewhere.

Devilian is a game that’s destined to be forgotten. Not because it’s bad, not even because it does anything wrong, but because in a world where we expect excellence, it’s just okay.