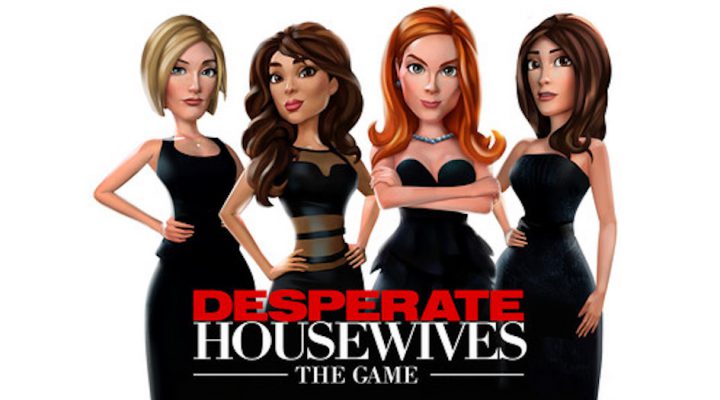 Great for fans as it offers some extra insight

Ideal for 5 minutes of gaming a day

Far too slow to get anywhere

Desperate Housewives, the TV show, was a huge deal back in the mid-2000s. Offering a keen mixture of neighborly drama and more than a few suspicious deaths, it was intoxicating stuff for anyone who wanted a classier experience than a regular soap opera. Having ended 5 years ago though, who was really that desperate (oh, yes) to play a game of it?

Someone, it seems, because here we are. Desperate Housewives: The Game is a narrative-driven murder mystery game, heavily in the vein of Glu Mobile’s celebrity freemium titles. Just don’t expect it to grip you tightly.

Positioned as a prequel to the TV show, you’re a new resident in Wisteria Lane. Your sole aim is to build friendships, and help people out. Oh, and unravel some mysteries along the way too. Building a reputation is key here, meaning you need to make a good impression. This is through multiple different means, but you won’t actually be doing much interacting. 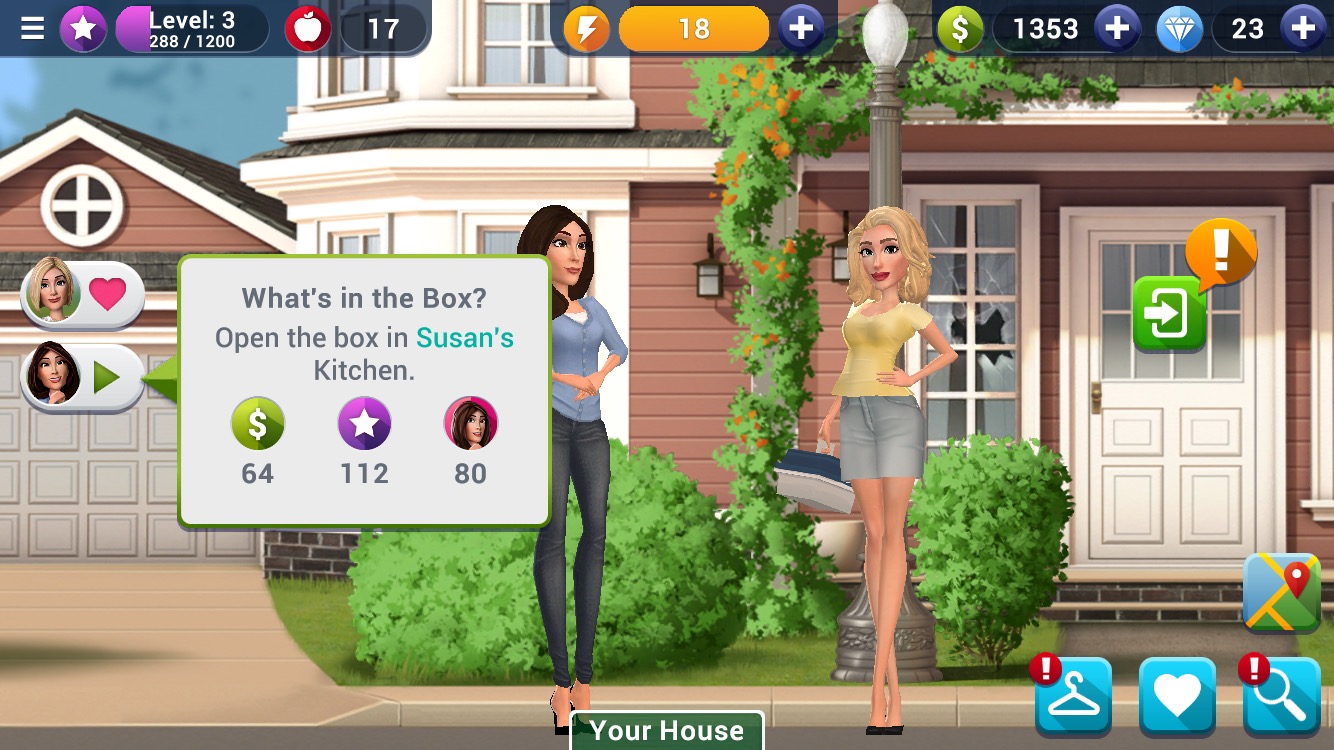 You see, this is a lot like Glu Games’ titles. You’re tasked with an objective then left to tap on a few things, watching as your energy slowly drains with each movement. Early on, you can accomplish quite a lot with your meager energy. That’s because if you level up, it’s replenished. Leveling up is a relatively quick process very early on so there’s an artificial raise going on here.

That gives you some time to get to grips with Desperate Housewives: The Game. There is a fair amount going on because you’re always offered new things to do. Sometimes, you can simply help someone clean up their living room, thereby boosting your relationship with them, or you can opt to flirt with a few romantic interests too. The murder mystery side of things has you uncovering clues that reveal some shocking facts about the area. 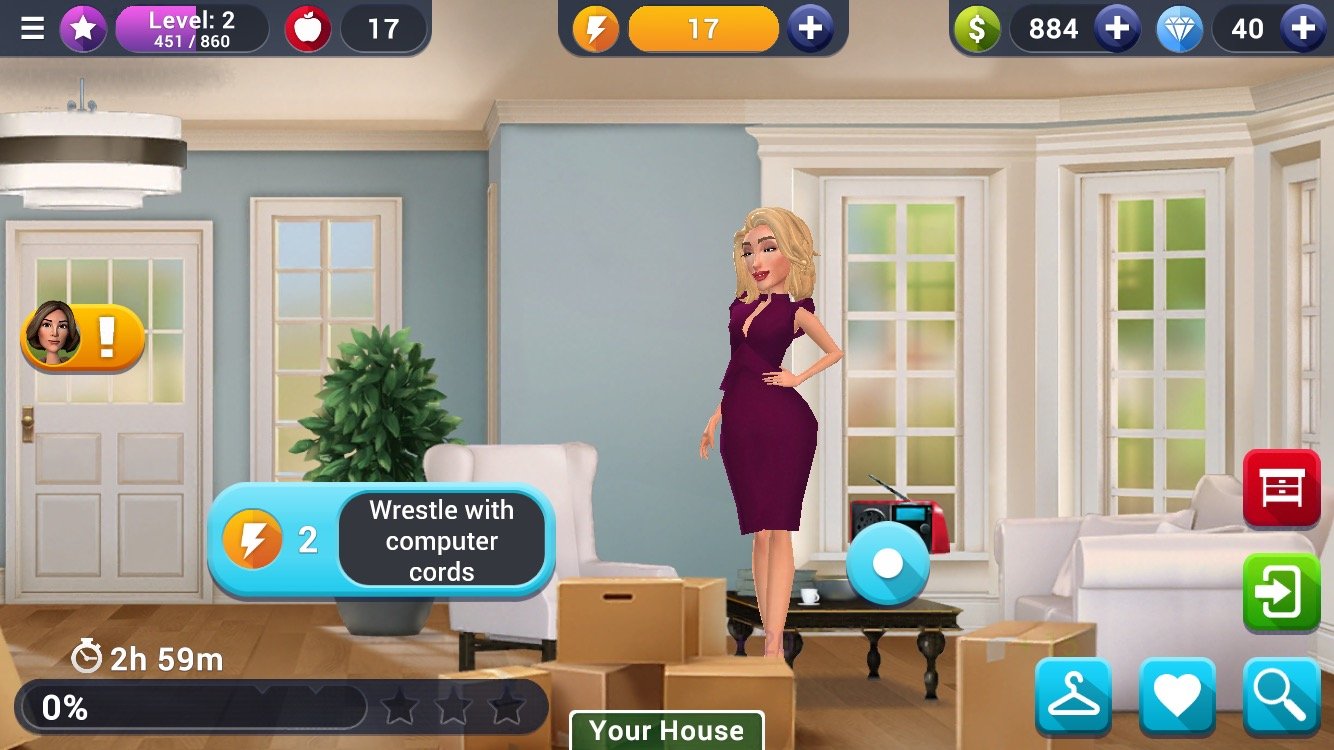 That sounds exciting, right? Too bad the execution lets it down, because, again, you’re just tapping on things until you run out of energy. When you’re out of energy, you’re left to wait it out for a while or buy some more. This is done through premium gems which are occasionally flung your way but mostly require you to spend some real money. There’s a ton of trickle feeding going on here. You can easily burn your way through a lot of gems in a short space of time too.

Much like Kim Kardashian et al, this is a game where you’re only going to be able to play for about five minutes at a time before waiting a few hours to do something else. Desperate Housewives: The Game lends itself to that even more so given each task has a time limit of several hours, pretty much encouraging you to return regularly. 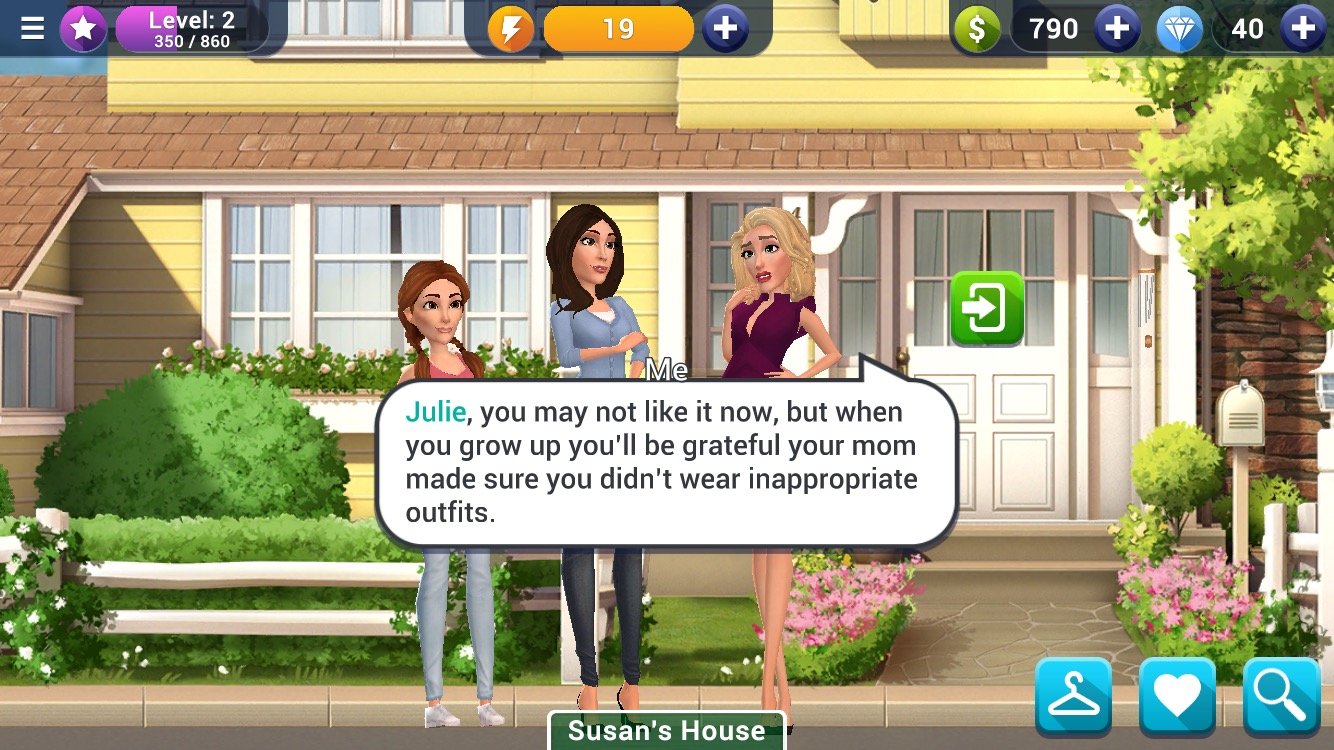 Is it worth it? It mostly depends on how much you loved the TV show. There’s a certain undercurrent running when it comes to feeling affection toward these characters. The storyline does move, albeit slowly, so you can feel like you’re getting to know these women all over again. The change of perspective is welcome too, giving you some insight that you might not have felt through the show. It’s slow going though. So very slow going. You may find your patience runs thin or you simply forget to return to the delights of Wisteria Lane. The story is a tremendous slow burn, while the game itself is just too limited.