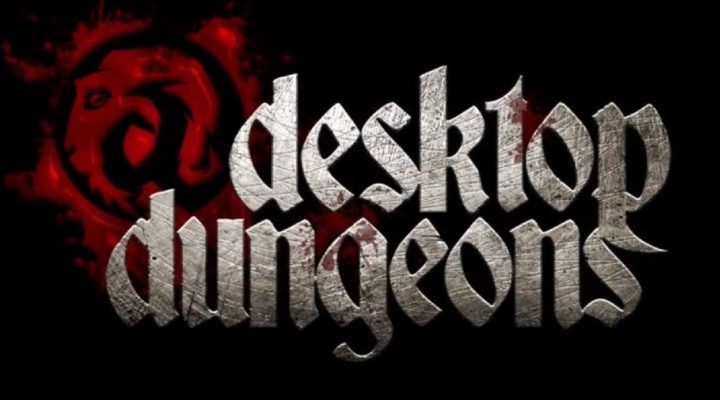 A great roguelike to become invested in.

Some issues with the port to mobile, cheapen the experience. Notably finnicky U.I. elements.

Requires a good chunk of time to play well. Desktop Dungeons is not an easy game.

I’m always on the hunt for a new, go-to roguelike game to take around with me on my tablet. Lamp and Vamp scratched that itch for just a little bit, but it wasn’t until I picked up Desktop Dungeons that I felt I had finally found a keeper.

The thing with roguelikes is that you have to be dedicated to them to be able to get far. Typically, roguelikes are not the sort of game you can blast through the first twenty levels in under an hour. Just like most other roguelikes, Desktop Dungeons requires a good chunk of time committed to learning the intricacies of the game, more time spent pondering each and every move, and even more time spent repeating a level because of a strategic oversight or plain old bad luck. 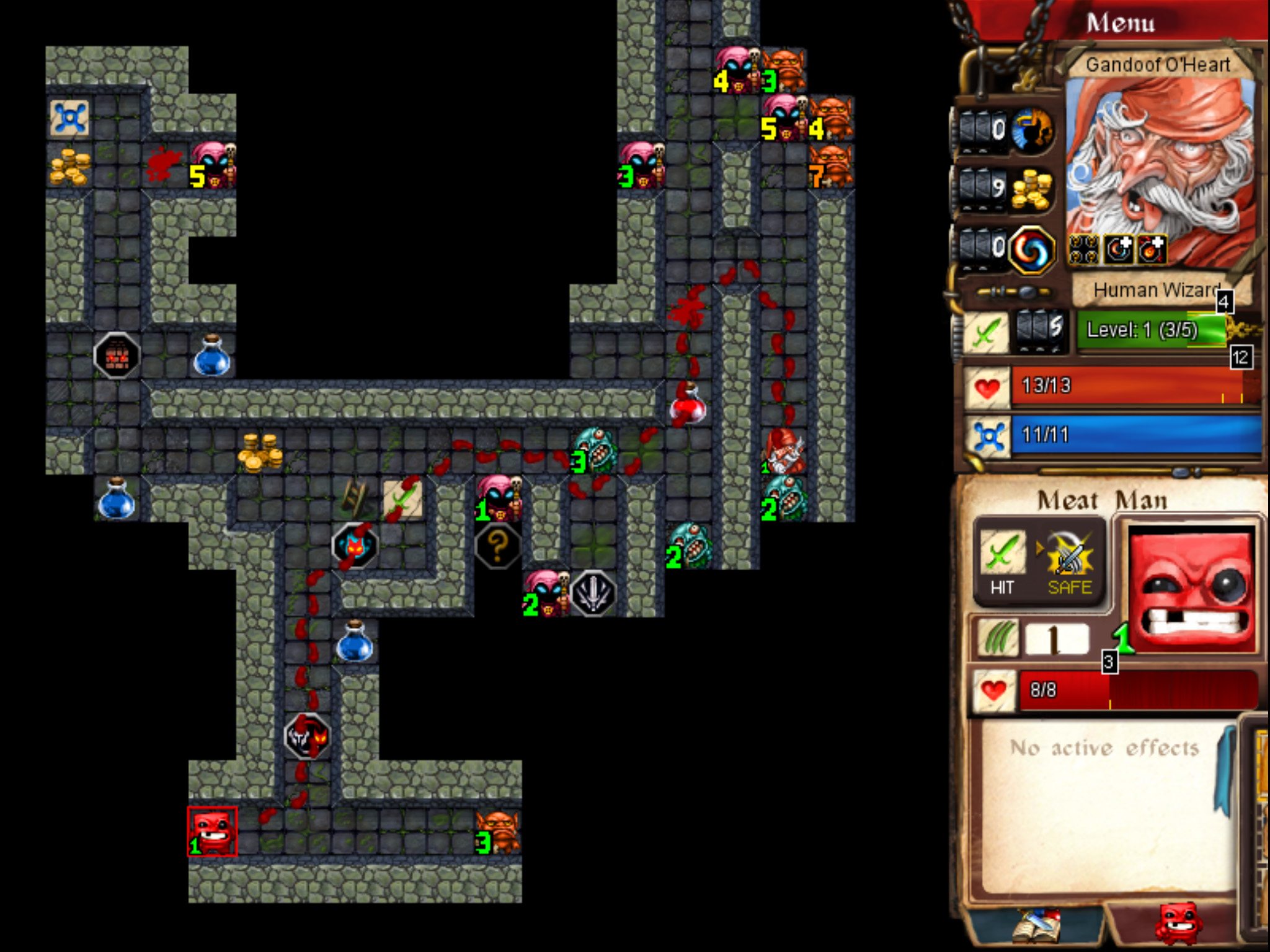 But that feeling I get, after finally defeating a dungeon boss after 10+ tries, countless profanities, and more brainpower exerted than I should be using the week after final exams…that feeling of victory makes it all worth it. That’s the carrot-on-the-stick that drives us gamers who enjoy roguelike games.

And Desktop Dungeons carrot is the tastiest carrot of them all.

But the original Desktop Dungeons debuted on PC a few years ago, and has only now made an appearance on tablets with a port of the game’s Enhanced Edition. I regret to say that the port itself isn’t without problems. There were leftover user-interface elements from the PC version, and the user-interface itself is very small and often was unresponsive. Granted, I’m playing Desktop Dungeons on an iPad Mini, but the two-inch difference between the regular iPad and the mini should not make that much of a difference.

With the UI as it is, you can see why they opted to cut phones out of the mix and make this a tablet-only release.

When I would finally get a response from whatever info pane I was trying to bring up, the text would appear right under my finger. If I was using a mouse, this wouldn’t be a problem since the mouse pointer takes up such little space; another porting oversight discovered.

The issues I encountered were mostly limited to UI, and none of them really got in the way of the gameplay itself. Tapping to move to a new tile, attacking enemies, and using potions and abilities worked without flaw. 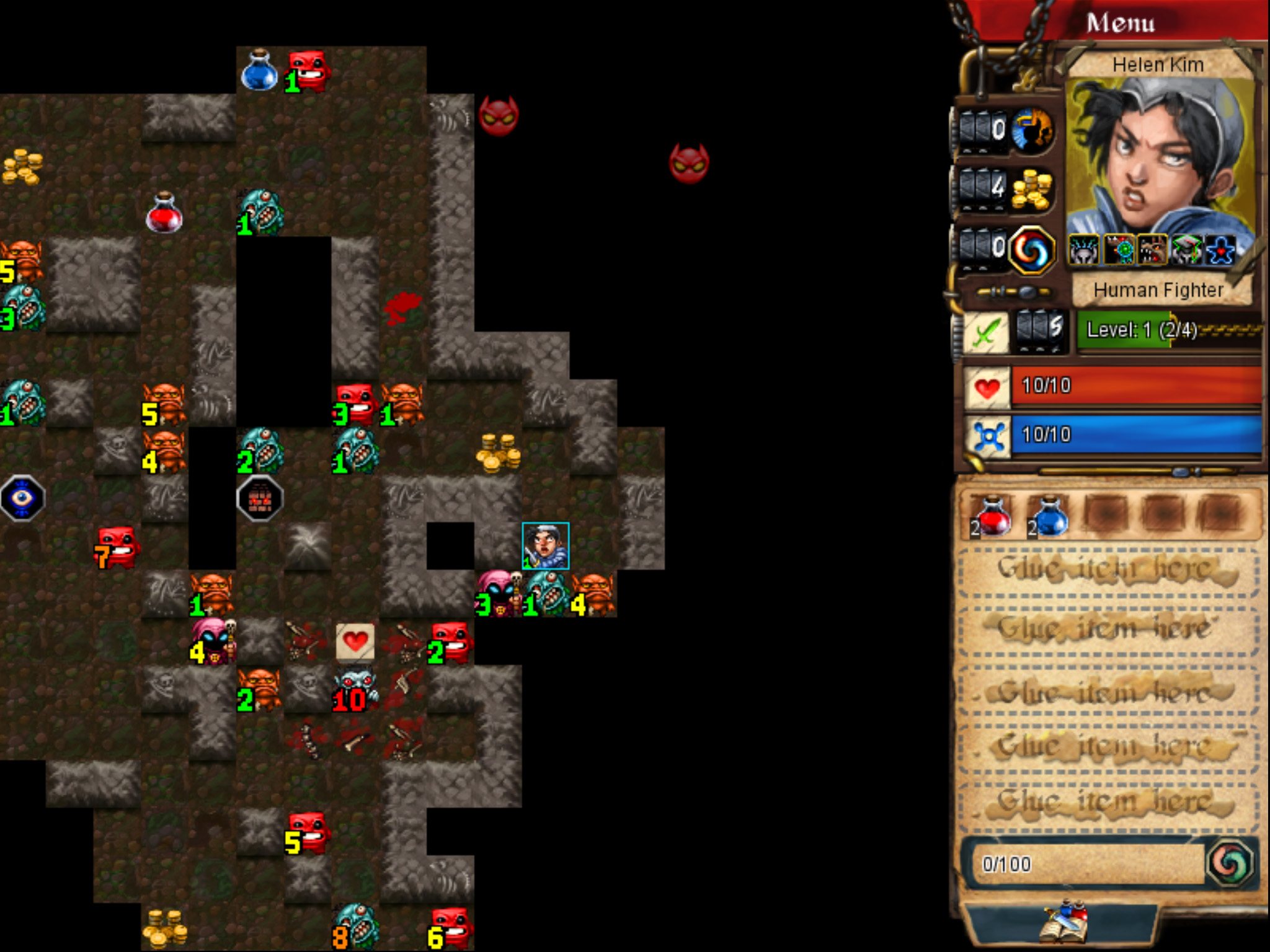 Desktop Dungeons has a cool mechanic where as you explore the dungeons and discover new tiles, each new bit of dungeon discovered refills your mana and health by a bit. In a game where health potions are not very common, this refill mechanic is a huge help. It’s a neat little mechanic that encourages careful exploration, —you ideally want to save some blank spots to farm for HP and Mana refills later on— which goes towards making the relatively small dungeons, seem much larger.

My experiences with the dungeons in Desktop Dungeons would usually last around ten minutes. While that’s not a big chunk of time as far as video games go, it is a much larger commitment than most mobile games require. Desktop Dungeons is not an easy game to play, and without a good amount of focus and strategic planning, players will inevitably fail the dungeons repeatedly. This is a game that requires diligence, and careful strategic experimentation. That makes it a perfect fit for a certain class of gamer (myself included), but if you’re not already a fan of the genre, YMMV.