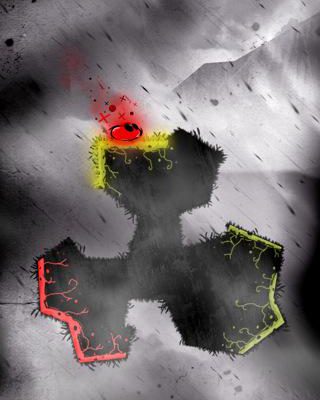 DEO is easy to pick up, but it’s also far too easy to put down

It’s only when you come across a title like DEO that it suddenly becomes clear how the rules of the game have changed since the advent of iPhone. Time was, a game such as Strapped to a Meteor’s would have to have had a cutesy, cuddly character strapped on for good measure – a ‘hedgehog with attitude’, or in Dizzy’s case, an egg randomly sporting a pair of legs. DEO, like many of its App Store chums, sidesteps all such unnecessary indulgences. Its star – best defined as a rather sorrowful red blob – has no great backstory, nor is his home bursting with charm.

But while there’s no doubt its dark and intentionally barren landscape has style, it’s questionable whether DEO‘s equally scant approach when it comes to its gameplay pays any dividends.

Indeed, it’s possible to describe just what’s required from you in a sentence or two, given the concept behind DEO is one of the simplest you’re ever likely to come across: your only role in play is to make your dejected little orb jump by placing your finger on the screen. The longer you hold said digit down, the higher he’ll leap, and it’s judging the length of time you need to press on your bulging buddy that forms the basis of all the play that follows.

There is, of course, a reason behind all these leaps into the unknown. DEO takes place on a number of rotating worlds, comprised of patches of grass – some green, some black, and one little thatch of red, acting as the finish post.

The idea is to get the game’s star to bounce from green patch to green patch, before finally coming to rest on the aforementioned red spot. This is no simple task, however. Should you fall flat on a patch of green grass for even a second, your hero will quickly bulge and explode like a pimple under the hot water tap.

The design of the levels themselves naturally makes sticking to the safe path increasingly difficult, and you’ll often find yourself having to wait for the stage to rotate before making that crucial jump or two – level architecture is as much a barrier to your progress as anything else.

The problem is, as simple as play is to grasp (and, despite the somewhat aloof instructions delivered before play begins, you’ll be in your stride within a matter of seconds), it’s highly debatable how much depth and, indeed, how much fun DEO delivers long term. 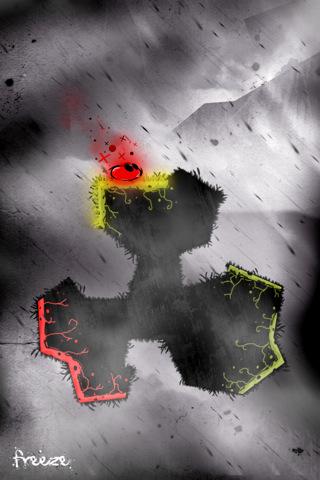 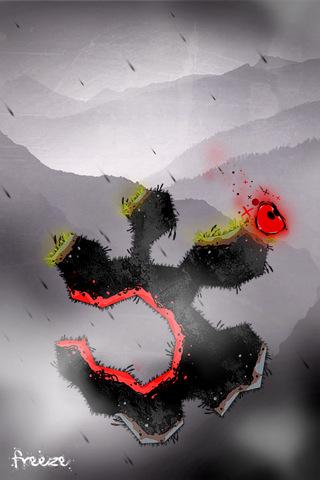 In one respect, the game is very clever. On the surface, there’s very little to differentiate one level from another, and it’s likely you’ll fall to your death on many a stage without realising why. In reality, however, DEO carefully (and arguably cruelly) ups the ante in its stages with little fanfare, making each jump more difficult than the last without you even noticing.

What it never manages to do, however, is make its jump-and-wait technique in any way engaging.

While it’s possible to appreciate DEO for ripping up the rule book in terms of its delivery, when it comes to the gameplay itself, it’s far too sparse and peculiar for its own good. All in all, there’s ultimately only one way to describe DEO: a jump too far.